Back in August 1982, Tom Diver opened the doors to his new shop in Ardara - and 40 years on, it's still serving the needs of the community

On the August Bank Holiday weekend in 1982, Tom Diver opened the doors of his Centra supermarket in Ardara for the first time.

Little could he have known then that 40 years on, and several extensions and renovations later, it would still be going from strength to strength. Tom - and in later years, his son Damian - have worked hard to build up their business. But they put their success down to their loyal customers and the fantastic staff they have had over the years.

“She was a real lady,” he said. “I used to visit her and she would often say, ‘Tom, do you remember that I was your first customer?”

Back in those early days, Tom worked the shop himself with the assistance of only one staff member, Anne Gildea. By the end of 1982, the first extension was underway, and staff increased to three or four.

“We extended a few times again after that,” said Tom.

A big turning point for the business was when Tom’s son Damian came on board. A quantity surveyor by profession, he started working in the shop in 1998 when Tom had his first hip replacement.

“I just said to him one day that I was getting to the stage where I was finding it hard going,” said Tom. 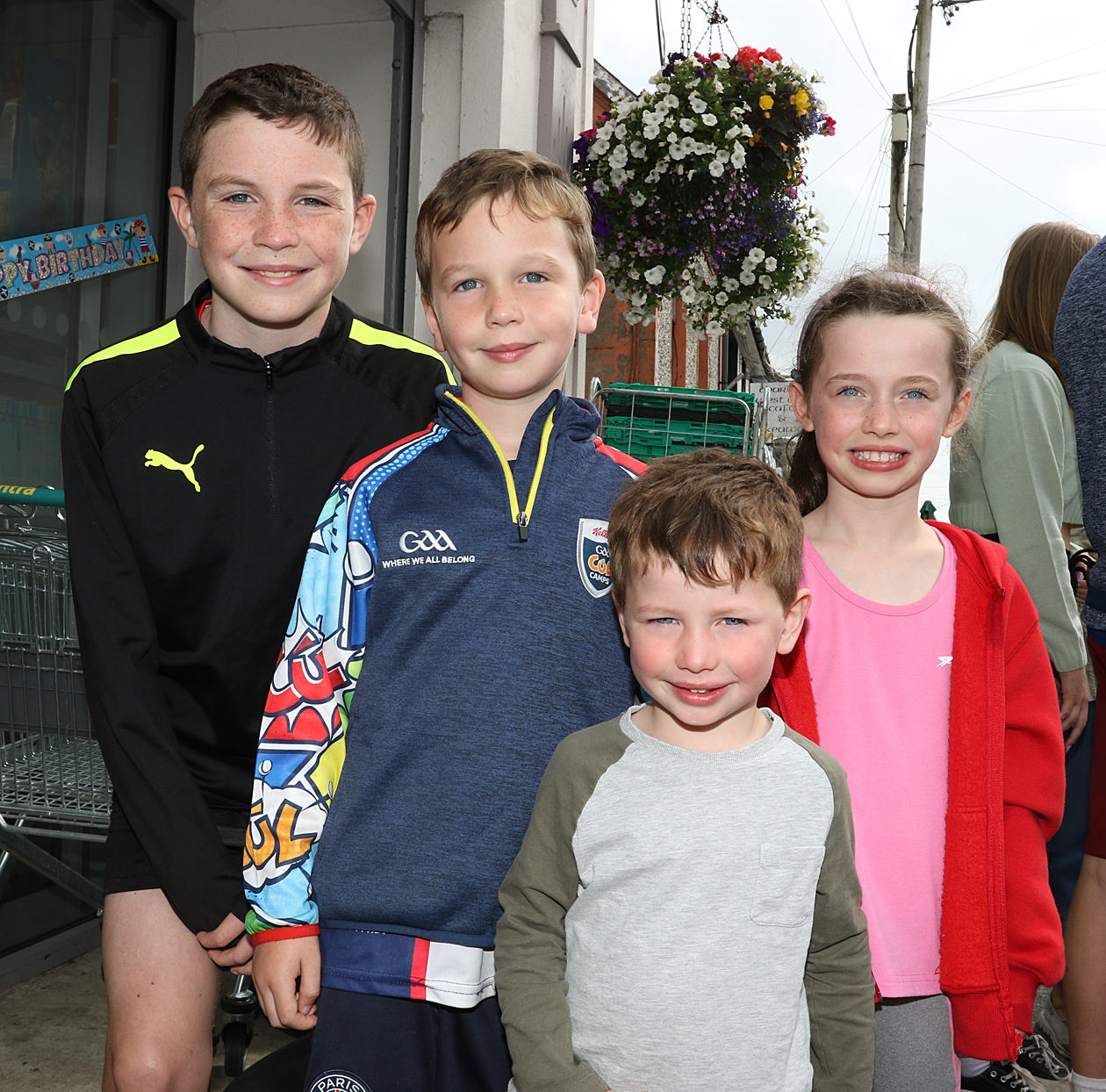 Ross and Senan Diver, Erin and Ronan Boyle at the 40th celebrations

“He said, ‘I will come in along with you’ and he did. Damian is running the shop now. He has put his own mark on it.”

A far cry from the early days of simpler needs and basic groceries, Diver’s now boasts a hot and cold deli and coffee and other hot drinks.

“In the early days, the deli was just about slicing ham, corned beef and other cooked meats,” said Tom.

“Today you can get your hot dinners, cooked chicken, anything you want.”

One thing that hasn’t changed over the 40 years is the relationship between the Diver family and the community. “When we opened, we had a good trade for the size of the shop,” said Tom. “The community support is still very good. “We would like to say a big thank you for the massive support we had all down the years. “We would also like to thank our staff. There are about 20 of us here now including myself and Damian, between full- and part-time.

“We had great staff all through the years. Some of them are here over 20 years, others worked for a while and then went off to college.” Tom is particularly grateful to his son for stepping in and taking over the everyday running of the shop.

“My biggest thank you is to Damian because only for him, it would never have become the shop that it is today,” he said.

The Diver family look forward to serving the community of Ardara for many more years to come.