Watch: Downings' Johnny McGroddy - 'This is what GAA is about'

Downings’ Johnny McGroddy admitted he was left with no option but to go for goal with his side two points down to Malin in injury-time at the end of extra-time in the All-County Football League Division 2 final on Sunday.

In a game where both sides had their spells of dominance, neither could shake off the other, although with time almost up it looked as though the trophy would be headed for Connolly Park in Malin, with Michael Byrne’s side two points up.

Downings had just been awarded a close-range free and McGroddy stood over the ball and ran through the options in his head as referee Shane Toolan let him know exactly where it was at.

“I was going to go for a point,” McGroddy admitted afterwards. “Shane told me I had to go for it [a goal] and I just swung the boot at it and thankfully it went into the net. It was unbelievable.”

With the whole Malin team on the line, Johnny McGroddy smashed home a free-kick with the very last kick of the game to give Downings a dramatic All-County Football League Division 2 title


McGroddy’s blistering strike flew into the top corner to seal a 1-16 to 1-15 extra-time win for Kevin ‘Cookie’ Gallagher’s side. It meant Downings, who were beaten 1-12 to 0-6 in their Division 2 opener by Malin but have only lost once since, were victorious.

“To be honest I'm just thinking aim high,” McGroddy added. “Low there’s feet so I just blasted it as hard as I could. I don't think you can practise that really. When men are on the line it’s nearly impossible. We’re delighted. It’s great for the club and everyone is so delighted. It’s just class. This is what GAA is about.

“I feel sorry for those [Malin] boys. They thought they had it won and it’s a horrible way to lose. Malin destroyed us in the opening league game and we’re not going to hide from that. 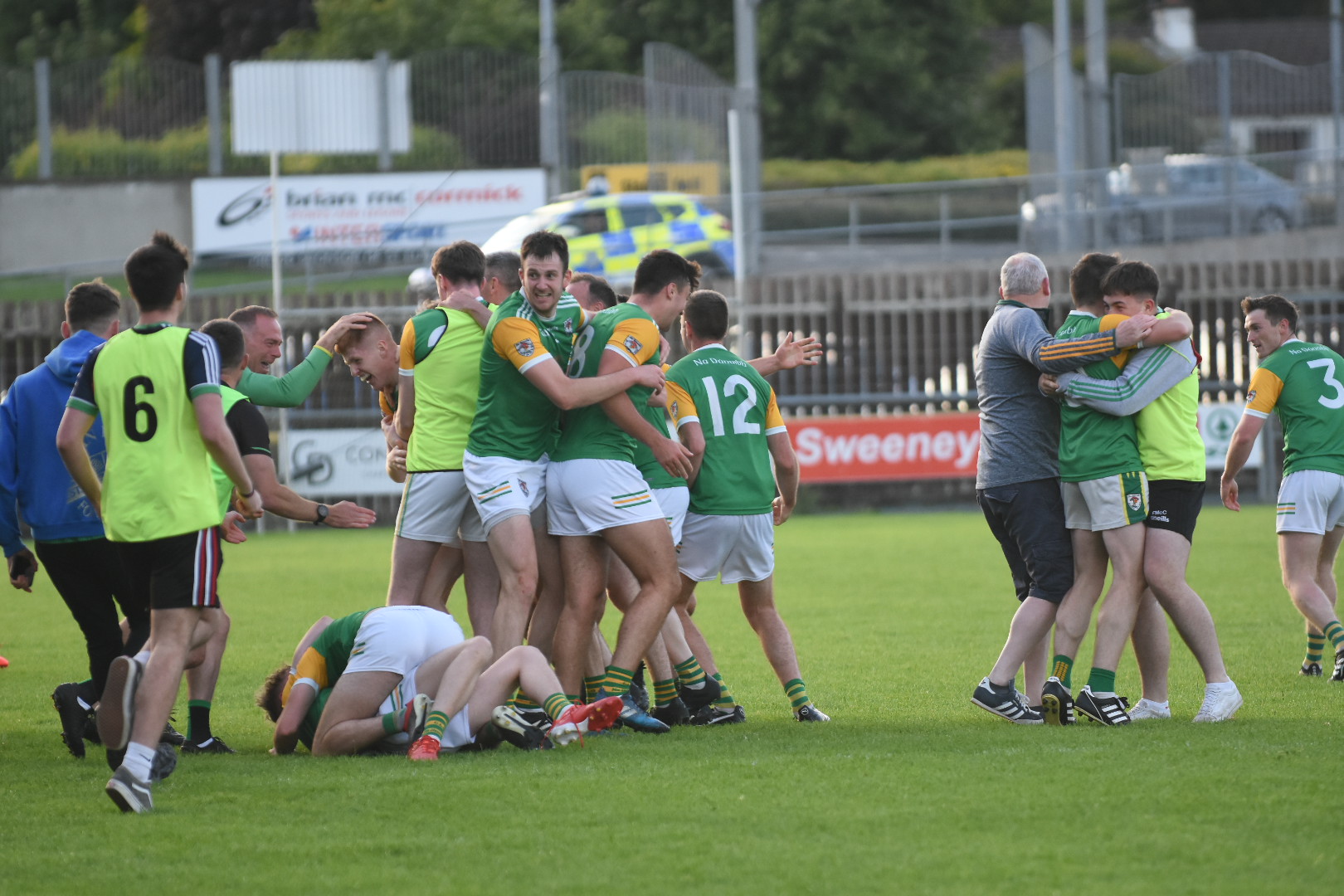 Keelan McGroddy was similarly enthused with his side’s narrow win and was sympathetic towards a Malin team who contributed so much to the season and the final itself.

“You couldn’t write it,” he added. “What a way to win it. It was neck and neck and Malin finished top of the actual league and you would feel sorry for them but it is what it is. They are a great side and when it comes to championship they will be hard to beat. They’re up and that’s the main thing. They were the team that set the standards and they’re a serious outfit.

“It’s brilliant for us. Our ladies got promoted and they put in the hard work and so did we and you can see we’re getting more and more supporters.”