Watch: Earagail Arts Festival gets off to a great start

Some great events to look forward to in the week ahead

Good weather helped to swell the crowds and add to the feel-good factor as the Earagail Arts Festival got underway at the weekend.

The festival, which is worth in excess of €1.5m to the local economy, continues until July 24 with many events in the coming days in the east of the county and around Letterkenny.

One of the big attractions yesterday was the evening performance of Fidget Feet’s A Handful of Dreams at Aura Leisure Centre, Letterkenny (see the youtube clip).

The side managed by Mark Cannon added to their previous successes over Cavan, Louth, Down and Sligo in London and welcome Tyrone in their last group game on Saturday week

Among the events today are the Still Here, Still Proud, Traveller Pride in Donegal exhibition, in the Donegal Co. Museum and the Strada Street Theatre Workshops in An Grianan Theatre.

On Tuesday night, 12th July, Suonno DjAere will perform a night of Neapolitan song and tradition at the Regional Cultural Centre, Letterkenny.

Theatre enthusiasts can get to see the thrilling, heart-wrenching and funny original play REVVED, written and performed by Glenswilly actor Patrick Quinn, in Ramelton Town Hall on Thursday 14th July. 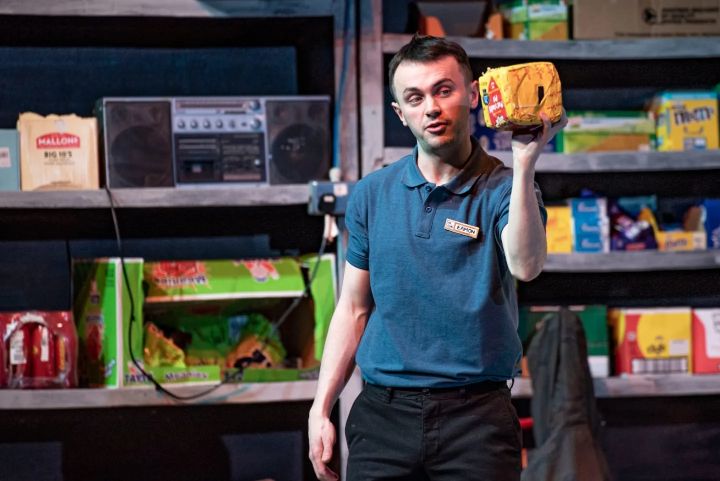 Conscious of the impact of higher costs of living on families in these current difficult times, the organisers have now undertaken to offer all 4pm circus shows at Oakfield Park, Raphoe on Thursday 14, Friday 15, Saturday 16 and Sunday, July 17as now a Pay What You Want / Donation to the artists and festival - if you can do so.

Oakfield Park will have extended opening hours, with great park attractions, food specials in the on-site Buffers Restaurant and trains running. Normal gate fees apply and the festival shows are payable through the bucket collection – For information on park entry fees visit www.oakfieldpark.com.

One of the world music highlights of this year’s festival line-up will be the appearance of the Fulu Miziki Kollektiv at the RCC on Friday, July 15.

Describing themselves as an eco-friendly Afro-futuristic punk assemble collective from Kinshasa, Congo, this orchestra features instruments made from objects found in the trash.

Kinnegar Brewing invites you to its K2 Brewery in Letterkenny for the first time on Saturday July 16 from 1 to 6pm for a Day at Kinnegar, featuring Tanya McCole, String Ninjas and La Pompe.

On Saturday and Sunday, July 16/17, An Grianan Theatre, Letterkenny plays hosts to three very special concerts which will be filmed by Aniar TV to be screened by TG4 at a later date.

On Saturday night, trad powerhouse Goitse, Donegal’s own The Henry Girls, and the Donegal female fiddle supergroup, The SíFiddlers, take to the An Grianan stage at the earlier time of 7pm.

On Sunday afternoon, at 2pm, the festival invites you to an intimate concert featuring one of Ireland's greatest folk duo Ye Vagabonds.

Later that evening again at the earlier time of 7pm, the weekend will close with another incredible line-up at the theatre featuring Diane Cannon with Theresa Kavanagh and Manus Lunny, local heroes Clann Mhic Ruairí and Armagh native Ríoghnach Connolly with her Manchester band, Honeyfeet.

There will also be night-time shows at Oakfield Park, with Bang On, Swarm and Poilina Shapkina performing in a show on both Saturday and Sunday night at 7pm