Watch: Feeder parade in Manorcunningham ahead of Twelfth celebrations in the North

Tradition dates back over 100 years

A number of small feeder Orange parades were held in Donegal this morning ahead of going to the North to take part in some of the Twelfth demonstrations.

Among those was one in Manorcunningham.

The tradition of having a feeder parade dates back over 100 years.

Members of the Manorcunningham Loyal Orange Lodge 1117 assembled at the Orange Hall in the east Donegal village this morning to prepare for the Twelfth of July celebrations. 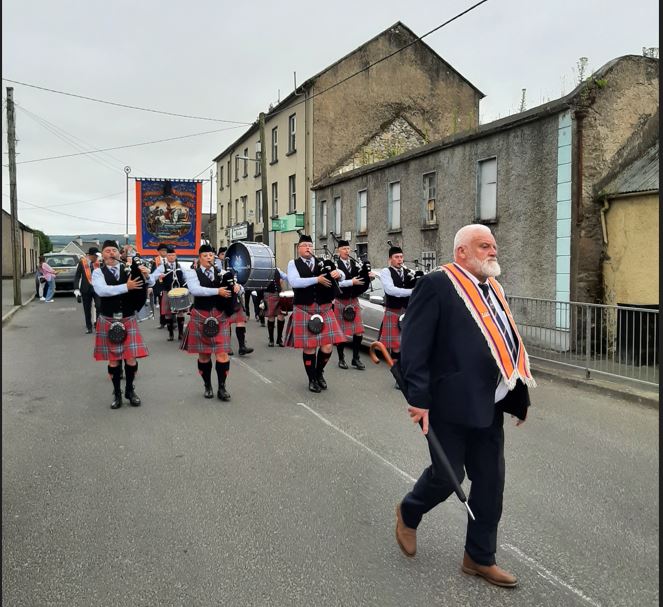 Aside from a break during World War II and Covid, the tradition has taken place every year.

The Manorcunningham Pipe Band were also in attendance.

Funeral on Thursday of woman who died in fatal road collision

As is the tradition, the small feeder parade marched through the village and then made its way to the main Letterkenny to Derry road.

Gardaí were in attendance to briefly halt morning traffic in order for the parade to cross to the far side where they marched for a couple of hundred metres before boarding a bus bound for Limavady, which is one of 18 venues across Northern Ireland hosting major Twelfth of July demonstrations today. 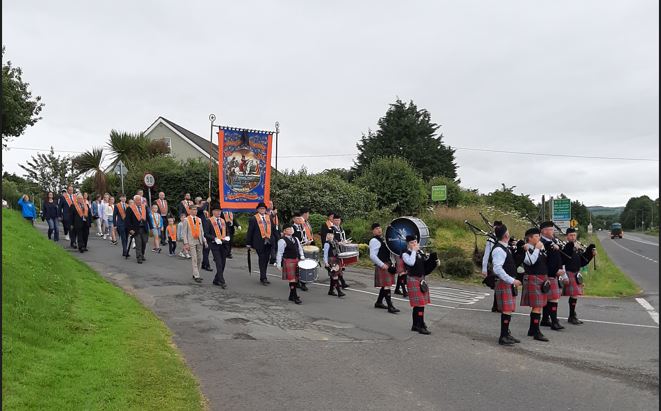 "It's a bit different being back after two years because of the Covid. We're looking forward to a good day out," commented one member of the lodge.

The present lodge in Manorcunningham L.O.L. 1117 came into existence in 1919.

Other lodges and bands from east Donegal will also be in attendance.

The Fermanagh parade in Enniskillen which will also play host to visiting lodges from Donegal, Leitrim, Cavan and Monaghan and their bands.

Last weekend around 50 lodges were present for the annual Twelfth Parade in Rossnowlagh.