End of the line - 60 years ago today last trains ran on the Co. Donegal Railways network

Some services survived until 1965 on GNR line in east Donegal

Today, December 31, marks the 60th anniversary of the last scheduled trains that ran on the once extensive Co. Donegal Railways (CDR) network.

On this day in 1959, the final journeys for many passengers were made on lines that spread out from the headquarters in Stranorlar to the likes of Ballyshannon, Killybegs, Donegal Town and Letterkenny.

It effectively marked the end of railways in Donegal.

Some years previously, other lines to Burtonport, Buncrana, and Carndonagh - operated by the Londonderry and Lough Swilly Railway Company - had ceased.

Three small stations in east Donegal -  Porthall, Carrigans and St. Johnston remained open until 1965 - as they were on the Great Northern Line from Derry to Portadown that ran initially on the west bank of the Foyle before crossing over at Lifford and into Strabane, and then on towards Omagh. But the writing was on the wall.

In October of this year, the Donegal Democrat published a special edition to mark its 100th anniversary. It included the article below on railways in the county, and the important role that they played until their closure.

End of the line

It may seem hard to believe now, but for much of the last century Donegal was well served by a railway network.

While today’s railway map of Ireland shows a big void in the north west (with no scheduled trains in Donegal, Tyrone, Fermanagh, Cavan and Monaghan) the county was once a hive of railway activity.

December 31, 2019, will mark the 60th anniversary of the final closure of the bulk of Donegal’s old railway network which was operated by the County Donegal Railways Joint Committee (CDRJC)

The “Wee Donegal” as it was affectionately known served many parts of the county, with termini in Ballyshannon, Killybegs, Glenties, and Letterkenny, while its headquarters were in Stranorlar.

Not only did the services provide an important mode of transport for passengers, but there was considerable freight - from livestock (in 1930, for example, 30,000 head of cattle were carried) to sugar, coal, potatoes, grain and post  - and it was also a significant employer, both during construction and in its operational days. 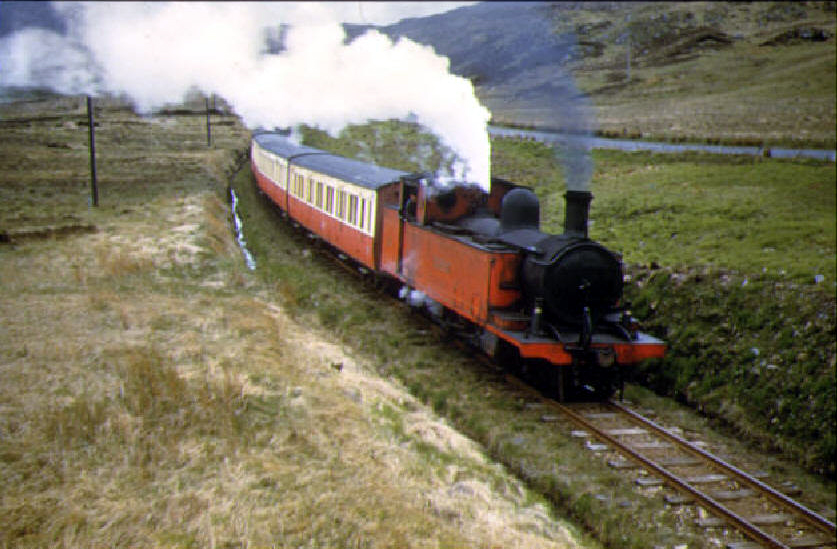 It also opened Donegal up to tourism. Indeed, when the railway management applied to the Transport Tribunal for an Order to close the CDR, the only objector was Donegal Co. Council, who claimed that the tourist sector would suffer and that the roads were inadequate to compete with increased traffic.

Many a story carried in the Democrat over the years was railway related, ranging from from numerous incidents during the Civil War, to “special (extra) services” for the likes of the 1932 visit of President Eamon De Valera, Sunday excursion traffic, parades, Ancient Order of Hibernians and Orange Order demonstrations, as well as, sadly a number of accidents that led to the loss of life and injuries.

The first section of railway in the county began in Strabane and ran through to Stranorlar and was opened in 1863.

Eventually it came under the umbrella of the CDR, which during its hey-day, was the largest narrow gauge railway system in the British Isles.

It was also pioneering in the introduction of diesel railcars trains in a time where most of the country had only steam-hauled services.

Competition from road transport, economic difficulties, the border (and customs) and a scaling back and eventual closure of some lines in Northern Ireland all contributed to its demise. 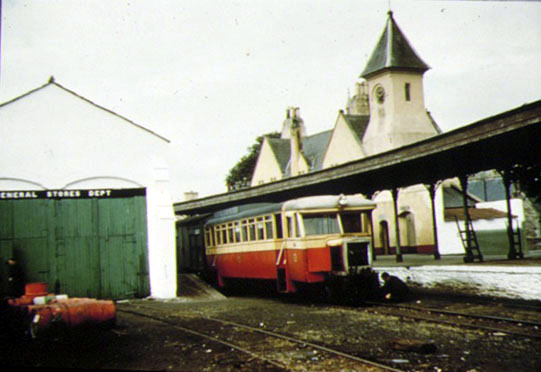 As was common in many parts of Ireland, Donegal actually had competing rail companies.

The Great Northern Railway (GNR) included the line from Enniskillen to Bundoran (services ceased in 1957), with Ballyshannon among the stops. The town had two stations - not connected - with the other one being the terminus for CDR trains from Donegal Town -  adjacent to where the Donegal Democrat office once was during the 1970s and 1980s.

In the north of the county, the Londonderry and Lough Swilly Railway Company (LLSWR) operated services from Derry to Letterkenny - and also the scenic “extension” to Burtonport - as well as to Buncrana and Carndonagh. The last of its services ceased in 1953.

The final trains to run in Donegal were actually on the GNR line from Derry to Strabane, which went into Donegal going via Carrigans, St. Johnston and Porthall before crossing over again by Lifford. It shut in February 1965 - and that marked the end of railway services in Donegal.

Thankfully, much of the county’s railway history has been well documented. 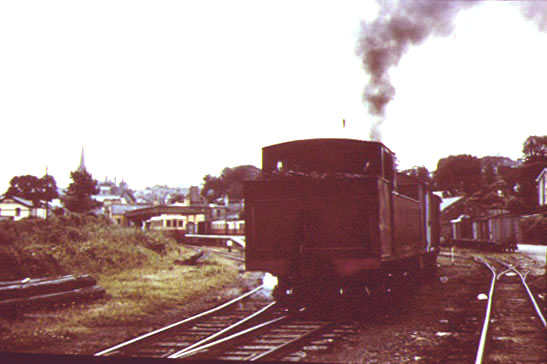 But one can only but wonder just how much better off the county would be if some rail link still existed.

The lack of train services in the north-west is starkly illustrated in the map below. 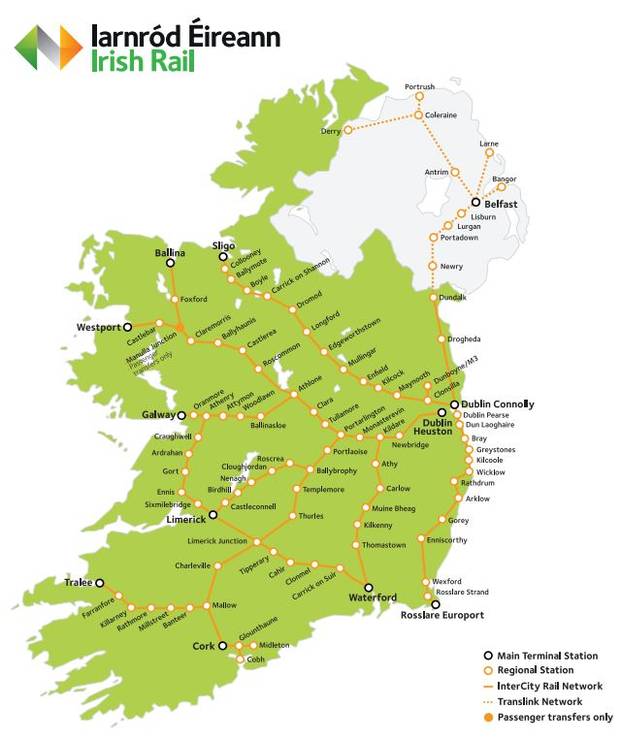 See also: RTE Archives - When Donegal had a Railway by clicking HERE

For more information about the Co. Donegal Railways visit the Donegal Railway Heritage Museum in Donegal Town which has a considerable array of old railway items or see their website at http://donegalrailway.com/