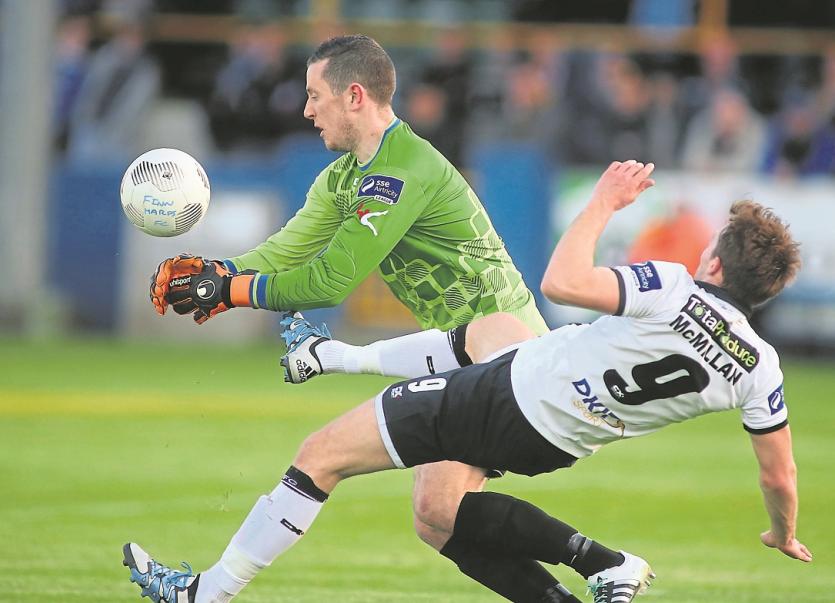 Finn Harps goalkeeper Ciaran Gallagher will be one of several players to have played for both clubs when Harps meet Derry City in Ballybofey on Monday night.

The Raphoe man played a big part in helping Harps to a 2-0 win when the sides met at Maginn Park in Buncrana earlier this season.

He's looking forward to Monday night's derby clash where Ollie Horgan's side will be hoping to do a league double over Derry City for the first time ever.

Gallagher attended a press conference in Letterkenny on Friday where he spoke to the Democrat's Diarmaid Doherty. He said the win over Derry back in April was one of the highlights of the season so far.