Beyond The Line: History of Finn Valley AC told in new book

‘Beyond The Line, Finn Valley Athletics Club, A History’, written by Chris McNulty, will be officially launched at the Finn Valley campus on Friday, January 14 at 6.30pm. Beyond The Line, a limited edition publication, is available for pre-order, priced at €20, on www.beyondtheline.ie

Use the Next > above to go through the story 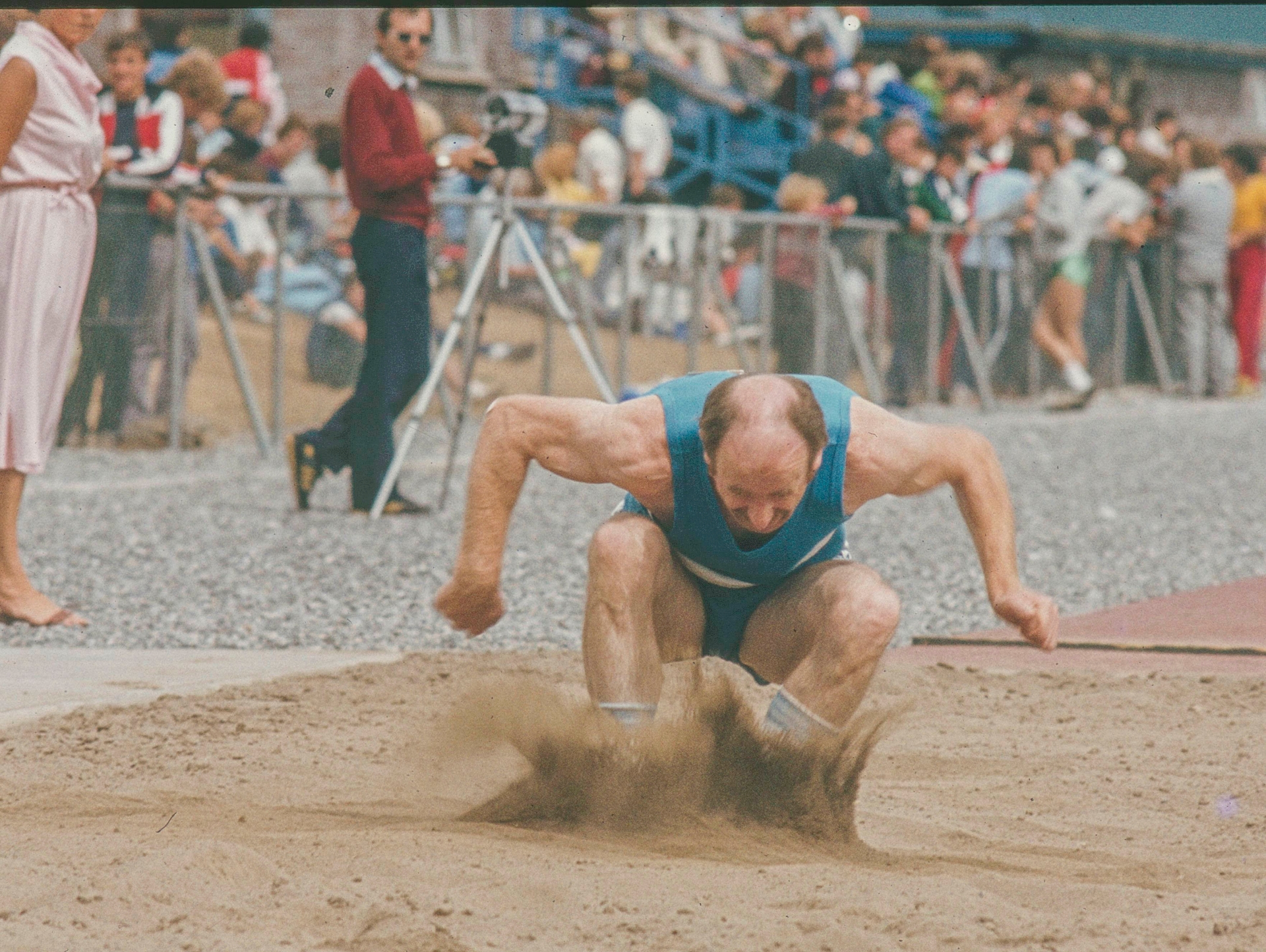 On August 10, 1971, Patsy McGonagle spoke to a group at Jackson’s Hotel, Ballybofey.

McGonagle was soon to depart Ballybofey, heading for London to continue his studies, but he had his mind set on forming an athletics club in the area.

‘It is only fitting than an area with such a large number of children should be involved in athletics and indeed schools in the district have been competing in various schools competitions over the last few years,’ an article in the local media said, although there was a cautionary tale.

‘It is evident that there is the people interested here, but is there someone capable of co-ordinating the effort into a club? I believe that if a secretary willing to work can be found here, Finn Valley are going to be a force in the coming months’.

The potential in McGonagle’s hometown was evident from the parish sports, run by Sergeant Dunne, Garda McBride and Andy O’Boyle.

“I saw an opportunity,” McGonagle says.

“We pushed the news out about the club’s formation by word of mouth. I could see real benefits in it - and the really response was massive.”

McGonagle deliberately decided on the club’s name and also its colours before the meeting even took place.

He says: “If you go back to the early 1970s, Ireland was very parochial - something that is very evident in the GAA - and that wasn’t going to work for athletics.

“I was very keen that the new club wasn’t going to be ‘tied’ to Ballybofey and Stranorlar. There was a natural environment and catchment area, from Glenfin to Lifford. The ‘Finn Valley’ name seemed so obvious to me.

“The colours came directly from Finn Harps, who were going well in the League of Ireland at the time. The colours were completely influenced by that.”

Identity was important for McGonagle in the early days as the club sought to make an instant impact.

Unusually for the time, Finn Valley athletes rocked up to venues in vests bearing the name of the club at the front.

“They were just ordinary white vests and we had blue dye on it, done by a place in Letterkenny,” he said.

“That was a big deal at the time to have a club name across a vest like that.”

Finn Valley AC celebrated its Golden Jubilee year in 2021 and its history is recorded in a new book, Beyond The Line, which will be officially launched on Friday-week, January 14.

Finn Valley AC has become one of the most successful clubs in the country, winning 434 national gold medals - all of which are listed in the book.

In the 1980s Finn Valley AC were regular entrants in the British League, reaching the final in 1988, while in 1995 and 1996, during a spell of dominance in the Irish Cross Country Championships, Finn Valley AC’s senior women finished sixth in the European Champion Clubs Cup.

High jumper Sommer Lecky won a World Under-20 silver medal in 2018 and a Commonwealth Youth Games gold in 2017.

The club has been driven by Patsy McGonagle, who managed Ireland a record 71 times, including at four Olympic Games.

Against the backdrop of athletics success, the Finn Valley campus has been developed into a world class facility used by a range of clubs and community groups.