The families of the five Donegal fishermen who perished when the Carraig Úna struck a reef of Rathlin O'Beirne Island on November 23rd, 1976 spoke to the Democrat this week ahead of the 40th anniversary of the disaster. They described how the memory is sometimes as raw as ever and how the heartfelt support from communities who have suffered similar losses has helped them over the years.

Ted Carbery (27) and John Boyle (18), Meenmore
Annmarie Carbery’s husband Ted, a native of Mountmellick, Co. Laois, was the skipper of the ill-fated Carraig Úna. They married in 1973, had one child and their second was due the week that disaster struck. The young couple were living with her parents, Patrick and Teresa Boyle, in Meenmore while their house was being built.
Annmarie’s brother John, who was just 18, also perished in the tragedy.
Mercifully, the remains of both Ted Carbery and John Boyle were recovered, a blessing that the family are very thankful for, Annmarie said this week.
She also told the DD/DPP, “All the families are grateful for all the support and genuine friendship that we received from our neighbours, the fishing communities of Burtonport, The Rosses, Killybegs and everyone from fishing communities all along the coast, who were a great support to us over the last 40 years.
“They were really, really caring and their support was heartfelt.”
Annmarie also thanked the divers, “My husband Ted’s body was recovered by a garda diver and my brother John’s body was recovered 45 days later. It does bring closure, having a grave to visit, and we know other families do not have that.”
Over the 40 years since tragedy struck, she continued, “a strong bond has formed between all the families and with other families who have lost loved ones at sea and that has been a great support as well.”
Having gone on to work as a Fisheries Officer, Annmarie says that’s helped her get to know many other families who have been bereaved by deaths at sea, and having that network of mutual understanding and support has also helped her cope.

Doalty O’Donnell (23), Meenbanad
The ill-fated trip in November 1976 was Doalty’s first time fishing on the Carraig Úna, his sister Maddie McGarvey recalls. “He wasn’t fishing at the time. He was asked to cover for another man who was attending a family wedding. He would never have refused anyone and off he went.”
Like Annmarie, Maddie is deeply grateful for how the community rallied around her family when tragedy struck.
“The families were in bits, totally shattered and didn’t know what end was up. People were coming from everywhere to help us. There was rosary in our house every night for months after which helped my mother.”
Even though 40 years have passed, sometimes it feels “like yesterday”, Maddie explains.
“Sometimes we used to think he was too good for this earth. He was only 23. He didn’t get to live his life.The fact that we never got him back makes it even harder.
“It’s very hard on my mother, that she never got her boy. Forty years is a long time but it is like yesterday. There’s no closure. You just don’t have a grave to go to.”
The family’s sadness was compounded by another bereavement, when Maddie’s father Joe died just eleven months after Doalty, leaving her mother Mary with six children to raise on her own.
Again, local people came to their aid. “Without our neighbours and everybody at the time, I don’t know where we would have been.
“Our house was always full of people anyway, Doalty was a jolly lad and his mates still come around, which does help us.
“There’s nobody around these parts that doesn’t remember Doalty and the lads and what happened to them.”

Micheál Coyle (21), Meenmore
Micheál Coyle had only been fishing for three weeks when disaster struck. However, the sea life was not new to him as he had been working on an oil rig off the Scottish coast for three years.
Like Doalty, Micheál was an extremely good-natured young man, who was a noted bridge player and member of the local GAA club.
His death was the family’s third bereavement in just over a year. His uncle Charlie Gillespie, had died suddenly on a boat at Braid, Kincasslagh and his grandmother had been laid to rest during the year.
This year’s anniversary will also be especially difficult for the family, who are suffering a recent bereavement, as Micheál’s sister Fionnúala explains.
“It’s been a very tough couple of weeks for us as we have just lost my sister Noreen”. The 54-year old was laid to rest last Tuesday week.
Recalling the dark days of November 1976, Fionnúala also pays tribute to local community for their unstinting comfort and assistance.
“There’s a great community spirit around here.
“The immediate families of the Caraig Úna,were not the only ones who have been touched by tragedy and a loss at sea. "There’s no family in the parish that hasn’t been touched by tragedy.
“Being a small community, everybody knew the crews of of both the Evelyn Marie and then the Carraig Úna and, not long after, the Skifjord.”
Marking the anniversary awakens painful memories but is more than worthwhile, she adds.
“It’s difficult because it brings it all back but it’s good to know that people still care.
“And I suppose the phrase that really applies is, 'Lest we forget'. It’s to remember them.
“I recall the laughing, happy lad that my brother was.
“There’s a whole new generation that never actually knew him or the rest of them, so it’s to keep them alive for those who remember them.
“And for the younger generation, to help them understand how tough things were and the losses that families suffered.”

Anthony McLaughlin (18), Ross Head, Glengad
The fishing community of Inishowen have also been a source of strength for the family of Anthony McLaughlin, a family which knows, more than most, the pain of loss.
Anthony’s mother died when he was just six months old, his uncle Mickey Doherty told the DD/DPP. “Anthony was raised in our house here at Ross Head. He used to fish at home here, then he headed off for the bigger fishing in Burtonport.”
When news of the Carraig Úna disaster came through, “The community here all rallied around us, as they have done time and time again,” Mickey recalled.
He then talked of the many family members who have been lost at sea over the years. They include: a cousin, Sean McLaughlin, in Killybegs in 1963; two cousins, Terry Doherty and John Kelly, as well as John’s son Stephen on the Carrigatine in November 1995; four cousins on The Boy Shaun in 1987; cousin Danny McDaid and his brother Francis on the Strath Marie in 2008; and Mickey’s brother Edward Doherty and nephew Robert McLaughlin in November 2010 on The Jennifer.

These families, who have suffered so much, will once again be grateful for the support of those around them as they remember their loved ones at the memorial masses over the coming days. 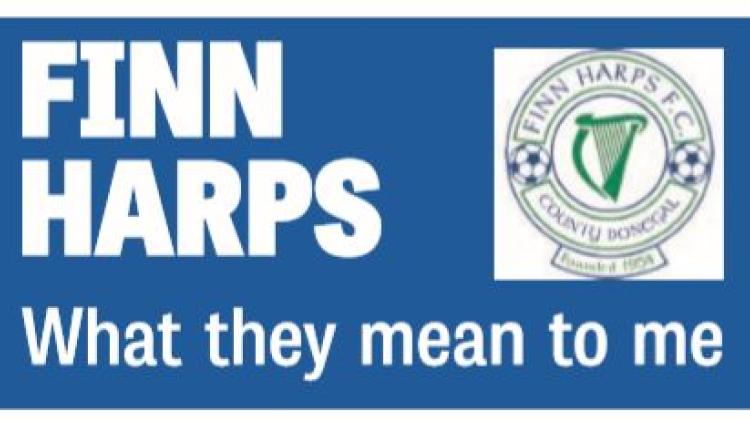