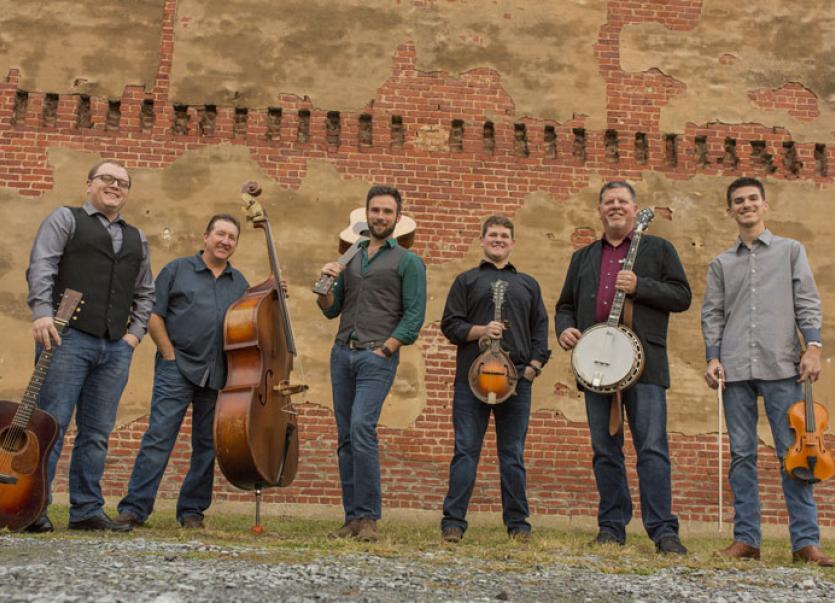 Sideline Bluegrass at its best

Although having recently celebratedfive years as the pedigree six-piece bluegrass powerhouse they are, Sideline founders Steve Dilling (banjo), Skip Cherryholmes (guitar) and Jason Moore (bass) can all claim their own historical significance to the genre as members of highly awarded groups with multiple Grand Ole Opry appearances and decades of national and international touring experience between them

The present celebrated lineup is complemented by the gifted youthful trio of Daniel Greeson (fiddle), Troy Boone (mandolin) & Bailey Coe (guitar). What started as a side project for seasoned players, hence the name, Sideline has since released four critically acclaimed albums combining a well-chosen mix of new material with hard-hitting neo-traditional covers of bluegrass classics. Recorded or live, their pulse-pounding drive, perfect timing, crisp instrumentals, affecting harmonies, and on-stage energy and finesse remind fans why they fell in love with bluegrass in the first place.

Fresh off the success of their hit ‘Thunder Dan’, number 1 on the Bluegrass Today chart of the Top 30 bluegrass songs of 2018, Sideline can’t wait to bring their show to an Irish audience and An Grianan are proud to present them in Letterkenny as they kick off their 6-gig nationwide tour in An Grianán Theatre on July 9th.

This is chart-toppin’ pulse-pounding pedigree bluegrass, the embodiment of the North Carolina bluegrass sound. It’s a show you don’t want to miss & one you’re not likely to forget.