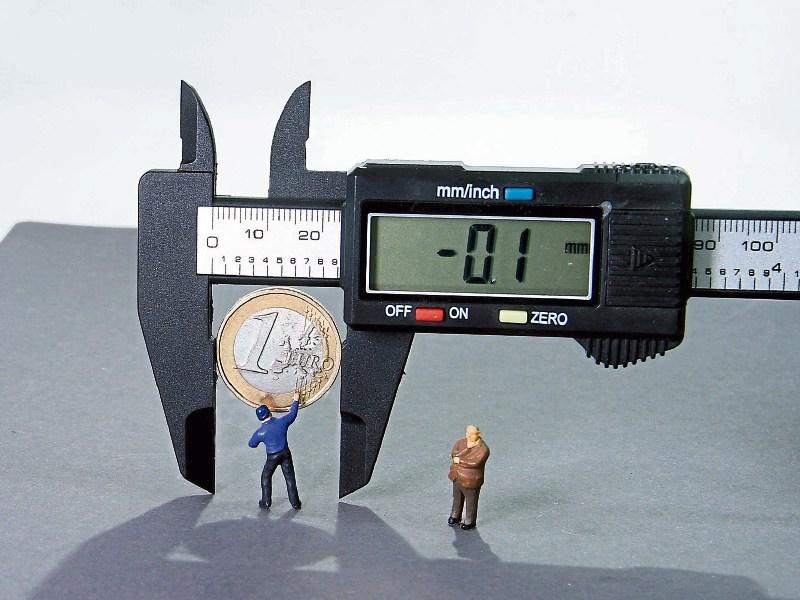 In this article, I’m going to share with you how the interest a client of mine earned over three years’ in a particular type of account, would have taken her 131 years to achieve had she continued to leave it in a deposit account with one of the big banks here.

And I’ll also show you, how you can access interest rates from banks in Austria, Italy, France, Latvia, Czech Republic, Poland that are nearly 15 times higher than what Irish banks are currently offering.

Before I do, the reason I’m telling you about them, is because someone said to me last week that its’ only a matter of time before banks, start charging us for keeping money on deposit with them, and they’re not wrong. It’s started already because back in November, Digital Bank N26 began charging people -0.5% on balances in excess of €50,000.

The problem N26 and all other banks have, is that the ECB are charging them -0.5% for holding monies in excess of what they have to hold in reserve. Central Banks throughout the world are trying to stimulate their economies and are using negative interest rates as the stick to banks and individuals to encourage lending and spending.

Because it’s costing banks to hold our money on deposit with them, they won’t continue to absorb that loss for much longer, and it’s inevitable and only a matter of time, before all banks start introducing negative interest rates, and they will begin with higher balances, but it will eventually filter down where everyone will be impacted.

So, what can we do to overcome this?

I guess it will depend on how quickly you want access to money and what your attitude to risk is.

If you can lock your money away for say three years with An Post’s saving certs, you’ll earn 0.33% AER per year tax free, or 1% over the term of the account. There’s no negative charge being applied and whilst it’s not beating inflation, your core balance is about holding its own.

If you want another account that has an underlying 100% capital guarantee, which isn’t impacted by a negative interest rate charge and matches inflation, then An Post’s 5-year savings certs satisfies all three criteria, because the annual return on this account is 0.59% AER tax free.

As bad as these rates are, for some people, knowing that their money is safe will trump the return they’re getting and if it can match inflation, then great, it’s nearly a bonus, and in these instances, An Post’s suite of accounts are for them.

If these returns are too low and the terms too high, you’ve got to consider investing in equity- based accounts, you just have to. The caveat with these type of accounts is that they don’t have an explicit capital guarantee, and they don’t have specific time periods either.

But, if you do invest in them, I’d say you have to set a minimum term in your head for three or four years, because you need time for your account to grow, and recover should there be periods when the returns are negative, but ultimately, you’re in control of when these accounts come to a full stop.

A client of mine invested €40,000 in one such equity-based account, I recommended to her three years ago. She was frustrated by the rate she was earning on deposit, which at the time I think, was 0.25% gross, so she withdrew the funds and set up the account I suggested.

The difference between each account over three short years, was €14,976.

She achieved a return which was 76.86 time’s greater than what she was getting had she not reached out and looked for help and advice.

If she did nothing, at the rate she was earning in her deposit account, it would have taken her 131 years to achieve what she earned in three in the equity-based account.

Which is why it’s really important to look for help. Don’t think there’s nothing you can do but continue, to suffer with poor rates and higher charges. Because as you can see, there’s quite a lot you can do. You just have to get help and find those accounts particularly if you don’t have the knowledge or confidence or time to find them yourself.

An alternative to equity-based accounts or getting better returns for fixed periods of time could be found with an on-line deposit account institution, Raisin Bank (raisin.ie)

First launched in Ireland in 2016, its purpose was to disrupt the financial sector by offering an extensive product portfolio of banking products from our partner banks to customers across the EU/EEA and Switzerland.

In short it allows Irish savers to get better interest rates on their savings from banks in the EU. It has partnered with banks in France, Italy, Austria, Latvia, Poland, Portugal and the Czech Republic.

When you open an account with Raisin you can then select from a number of banks where your money will be placed on deposit with them for a period you choose. For example, if you wanted to set aside funds for 1 year, you can, get an interest rate of 0.71% AER with Banco Portugues de Gesto.

When you stand this rate alongside what most Irish providers are offering i.e. 0.05%, it compares very favourably. The opportunity to earn 14.71 times’ more for your money for 12 month’s is available which is why it might be worth checking out what Raisin can offer.

And if you do, you’ll also see you can get 1.28% AER with J&T Banka (Czech Republic) if you choose a term of 3 years with the interest paid at maturity. Again, when you compare this against our biggest banks, who are offering about 0.10% AER for the same time period, or even against An Post’s 0.33% AER, the rate isn’t just better, it’s far better.

And you might have a concern about putting money on deposit with banks in Latvia or the Cezh Republic or Italy but all accounts available through Raisin’s platform are covered under guaranteed schemes up to €100,000 per individual per institution. So, the guarantees we currently enjoy with Irish banks don’t change if you chose to use Raisin’s partner banks.

It's something to think about and consider because it looks like low interest rates and high charges are here to stay for some time to come.

Liam Croke is MD of Harmonics Financial Ltd, based in Plassey. He can be contacted at liam@harmonics.ie or harmonics.ie