Worrying fracture between NPHET and government - whatever happened to 'We're all in this together?' 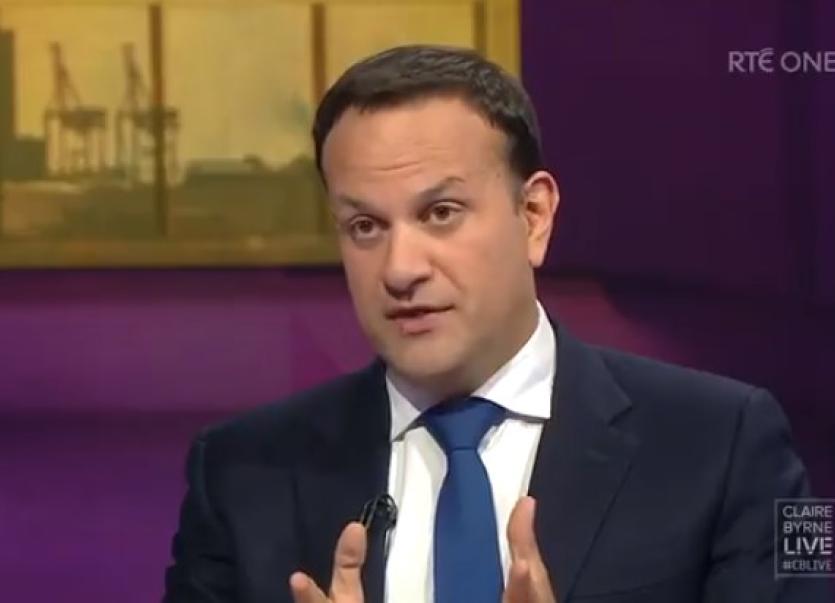 Watching Tanáiste Leo Varadkar on the Claire Byrne Live show, I couldn’t help but feel that the rallying cry of ‘we are all in this together’ was but a distance echo.

Gone was the sense of a united front between the National Public Health Emergency Team (NPHET) and the government. In its place were the shockwaves of a tectonic shift that seems to have left a gaping fracture between NPHET and the Cabinet.

Assurances from the Tánaiste later in the week that all was well between NPHET and government has done little to reassure the nation, given that the huge rise in cases - including more than 1,000 on Friday alone - suggest that NPHET's advice was right.

The week began with the return of Chief Medical Officer Dr Tony Holohan. There was a broad welcome to this news, a feeling that the right person was back in charge and that the spiralling numbers of Covid-19 cases could once again be brought under control.

There was much anticipation as to what Dr Holohan would do. And NPHET’s letter to the government recommending that the whole country move to the most severe Level 5 restrictions brought home with a bang the reality of the current situation.

Here in Donegal where we had already moved to Level 3 amidst a worrying rise in cases, we were more prepared to step up to the highest level than people in the rest of the country where with the exception of Dublin, Level 2 restrictions were in place.

Donegal’s spiralling cases have been causing enough worry for many people to believe that Level 3 is not working and more serious measures are required.

There has also been a growing awareness that our spike in cases is not an isolated incidence that can be brought under control. It looks instead as if this is simply happening here first and that the rest of the country is heading in the same direction; a worrying situation indeed.

And so it was in that context that Dr Holohan’s return felt like a weight was being lifted from our collective shoulders. But that relief proved to be short lived.

Murmurings throughout Monday were along the lines that the government probably wouldn’t go all out and put the country on Level 5 - a measure termed ‘circuit breaker’ in that such restrictions over a four-week period would break the chain of transmission.

It seemed more likely that the government would opt for something in between Level 4 and Level 5. Terms such as ‘Level 4+’ and ‘Level 4.5’ were being bandied around.

But the disparity that emerged as cabinet all but ignored NPHET advice by only moving the country to Level 3 has left us reeling.

Management of the crisis is now becoming a power struggle between NPHET and the cabinet, and this is the last thing we need.

When Claire Byrne challenged Tanáiste Leo Varadkar on this, he didn’t hold back in giving a public dressing down of NPHET - and by default, our highly-esteemed Chief Medical Officer.

He told the RTE presenter: “The problem that we had with the proposal that was put to us today was that we didn’t feel it has been thought through properly.

“For example we asked for some comfort that four weeks might be enough, given that it hasn't been enough in Melbourne, doesn’t appear to be enough in Israel.

“They weren’t able to give us that comfort

“We also asked them what would happen after the four weeks if it didn’t work? Would we abandon that strategy or would we proceed regardless?

“They said they hadn’t contemplated that.

“We asked is it credible to keep the schools open for those four weeks during a strict lockdown. They thought it was. We weren’t so sure.

“We asked them what do we say to the 400,000 people who lose their jobs tomorrow and all those businesses?. We need to plan for this type of thing.”

The Tanaiste continued in this vein, finishing with: “They thought that was a political matter for us.”

When Ms Byrne asked if this meant that he had confidence in NPHET, Deputy Varadkar said:  “I have confidence in them to dispense public health advice. But that is what they do. They don’t advise the public, they advise the government.”

He pointed out that all 40 members of NPHET came from medical, scientific or civil service backgrounds.

“I’m not talking about the economy. I am talking about something that could have happened to half a million human beings tomorrow. And sometimes the reason politicians make these decisions is because we are the ones who can see the bigger picture.

And there lies the crux of the problem.

There are businesses up and down the country which could not survive another lockdown. There are countless people who are in severe financial difficulty as a result of the previous lockdown, but without the security net of banks, mortgage providers and other lending agencies giving them leeway with repayments this time around. There are tenants who know they won’t be able to pay their rent.

Many people support the government’s decision not to go to full lockdown, while many more believe that NPHET’s advice should have been followed.

But the feeling nationally regardless of whether people think the government was right or wrong, is that the security of unity among those leading the fight -both medical and economic - regarding the pandemic has been irreparably damaged.

Lockdown in spring and early summer was not as daunting as it seems now. There was a feeling of light at the end of the tunnel. People could get out and about, tend their gardens, get fresh air and exercise, be productive.

Now we are facing into a long winter with dark evenings, the inevitable onset of cold and flu season, and rising Covid-19 temperatures. Hospitals are preparing for the worst. Frontlines workers are once again fearing that they will not be able to cope, that this second wave will be too much, that despite them giving every last fibre of themselves they will be swamped.

People appreciate that it is not easy to balance public health against the need to keep the economy alive. But please don’t use our fears and insecurities in a tug-o-war over who is in charge of managing the pandemic.