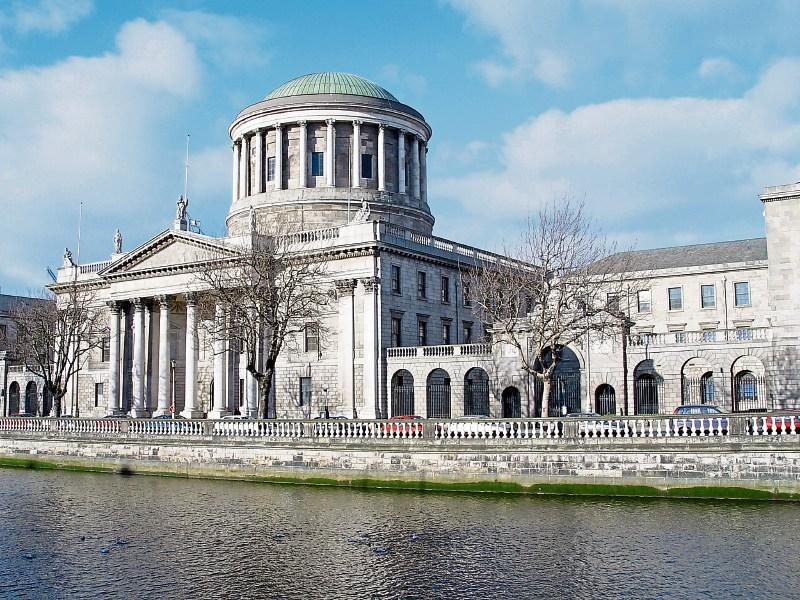 The case was heard at the Court of Appeal in Dublin

There was evidence missing in the trial of a woman who became one of first individuals in the State jailed for human trafficking and the conviction needs to be quashed, the Court of Appeal was told.

Alicia Edosa (45) and her co-accused Edith Enoghaghase (32), both of whom are Nigerian, had pleaded not guilty to two counts of trafficking women in towns around Ireland - including Letterkenny - on dates between September 2016 and June 2018.

The trial heard evidence from four women who claimed they were forced into prostitution in Ireland after undergoing a voodoo ceremony in their native Nigeria.

One woman claimed she was forced to pull the heart out of a chicken as part of the ritual where the women were made to swear they would not try to escape or speak to gardaí once in Ireland, or else they would risk harm to themselves and their families.

The women had all travelled in the belief that they were going to be working as shop assistants but ended up being forced to work as prostitutes in various locations around the country including Limerick, Cork, Galway, Castlebar, Navan, Athlone, Letterkenny, Cavan and Dundalk.

The women were told they owed the defendants sums ranging from €35,000 to €60,000 for arranging their travel to Ireland.

But they were found guilty of the charges following a six-week trial at Mullingar Circuit Criminal Court in June 2021.

At the same hearing, Enoghaghase, formerly of Meeting House Lane, Mullingar, was jailed for five years and one month, which was backdated to her conviction on June 10, 2021.

Both women have launched appeals against their convictions, while the State has also appealed the sentences handed down to the women on the grounds they were unduly lenient.

At the Court of Appeal today (Thursday), three appeals in relation to the case were heard after the court was told Enoghaghase had changed her legal team at the last minute and counsel were not in a position to proceed with her appeal against her conviction.

In relation to Edosa’s appeal against the guilty verdict, her counsel, Ken Fogarty SC, told the court that the two complainants in the case handed phones over to gardai which they said Edosa had used to contact them.

But it was later found a number of messages from the same number had been deleted from both devices, Mr Fogarty said.

Mr Fogarty told the three-judge court that Garda Paul O’Leary stated in evidence at his client’s trial that he was unable to confirm whether the messages had been deleted deliberately or not.

Counsel said it had been incumbent on gardai “in the interests of a fair trial” to establish the content of the missing messages and this could have been done via a request to the service provider.

“The deleted messages would have had a probative value, one way or another,” he said.

Fiona Murphy SC, for the Director of Public Prosecutions (DPP), however, maintained that “no case has been made to establish that the prosecution or gardai did not seek evidence in that regard”.

She said that the jury had “carefully considered the evidence before it” before finding Edosa guilty of the charges and that there had been “no dereliction of duty” by investigating gardai.

Thomas O’Malley SC, for the DPP, later told the court that the sentences handed down to both women had been unduly lenient.

Mr O’Malley said that maximum penalty for human trafficking was life but because both respondents were the first people in this country to be convicted of the offence he would rely on comparisons with other jurisdictions in his submission.

He said the Sentencing Council for England and Wales had recommended terms of up to 15 years for similar offences.

Mr O’Mallley said the victims in this case had been treated as “chattel” by both women and the appropriate term would be in the “upper-echelons” of the middle range of a 15-year term.

Regarding the prostitution offences, he said a sentence between seven to 10 years would have been a more suitable penalty.

“The sentences imposed were simply unduly lenient,” Mr O’Malley said, adding that one very important mitigating factor had been absent in both cases and that had been a plea of guilty.

John Noonan BL, for Edosa, said the sentences the judge had identified were correct and he urged the court not to interfere.

He said his client was a first offender and, although convicted of serious offences, “all the ills of human trafficking for purposes of prostitution cannot be laid at her door”.

Although counsel conceded that the mitigation shown to his client in the absence of a guilty plea had been “quite high”, he said Judge Comerford had taken a careful and nuanced approach to sentencing and there had been no “error in principle” in the sentence he imposed.

James Dywer SC, for Enoghaghase, described the offending his client had been involved with as a “cottage industry” as opposed to “an elaborate international organisation”.

He said there had been no evidence that the victims had been subject to any violence or 24-hour surveillance, and they had decided themselves to go to gardai and report both women.

Judgments in Edosa’s appeal against conviction and the unduly leniency appeals by the State have been reserved.

Enoghaghase’s appeal against her conviction will be heard at a later date.