Donegal’s status as a food county continues to flourish 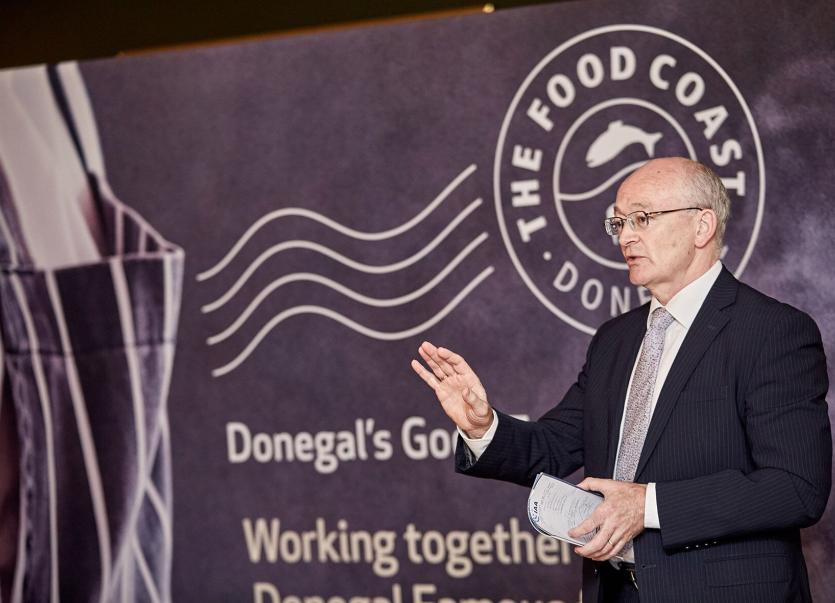 Head of Enterprise in Donegal, Michael Tunney, has now urged more food businesses in the county to come on board for 2020

Food businesses in Donegal who could be part of the Food Coast Network have been urged to join up for 2020 as the county seeks to build on its growing popularity and reputation as a county famous for its food.

Following years of hard work by The Food Coast, Donegal’s Good Food Initiative, Donegal’s status as a food county continued to flourish in 2019 when the county was named as a Foodie Desinations finalist and the McKenna Guide named Donegal as its food county of 2019.

Head of Enterprise in Donegal, Michael Tunney, has now urged more food businesses in the county to come on board for 2020.

He explained that the vision of The Donegal Food Strategy is to collectively work together to make Donegal famous for food and to make the county recognised as a pioneering region for its approach to fostering and growing new start-up and existing food businesses.

"The role of the food sector is very important to Donegal in that it creates employment and contributes to sustaining our local economy and I would urge more food producers, processors and operators to be part of the story by joining the network and seeking certifcation this year.”

Mr. Tunney added that food plays an intrinsic role in the visitor experience and while tourists don’t necessarily come to Ireland for its food, he says it is a key part of their visit.

“Visitors to Ireland spend €2 billion every year with 35% of their total spend going on food," he said.

"Our ongoing work in developing Donegal’s food identity is part of a bigger collaboration to make food a major part of our tourism offering here. That involves the wider Donegal County Council and other partner agencies, but the real momentum is coming from the businesses on the ground and those businesses who have become part of the network are starting to reap the rewards."

The Head of Enterprise explained that among its many benefits, the Food Coast Network will connect approved members with a consumer audience who share a passion for Donegal food and who respect the importance of this sector to Donegal’s future economic potential.

He says this focused approach has already been proven to drive consumer interest, awareness, and passion for Donegal food.

“We really want to continue to provide opportunities for our Donegal food businesses to get to know each other, understand how they can benefit each other and ultimately continue to do business with each other. That will lead to benefits for the local economy and jobs for the region."

Adding that applications for 2020 are now open, he appealed for interested food businesses to get in touch with the Local Enterprise Office as soon as possible.

“Anyone seeking more information about joining the Food Coast Network or members wishing to apply for certification, needs to understand there is a process to go through for that to happen. With that in mind, I would urge anyone interested to get in touch to get their application forms as soon as possible,” he said.

Local Enterprise Office Donegal is supported through co-funding from the Irish Government and the European Regional Development Fund 2014 – 2020.