Charity race in Donegal has raised over €800,000 since its inception - details of this year's event to be revealed this evening

Three charities will benefit in 2020 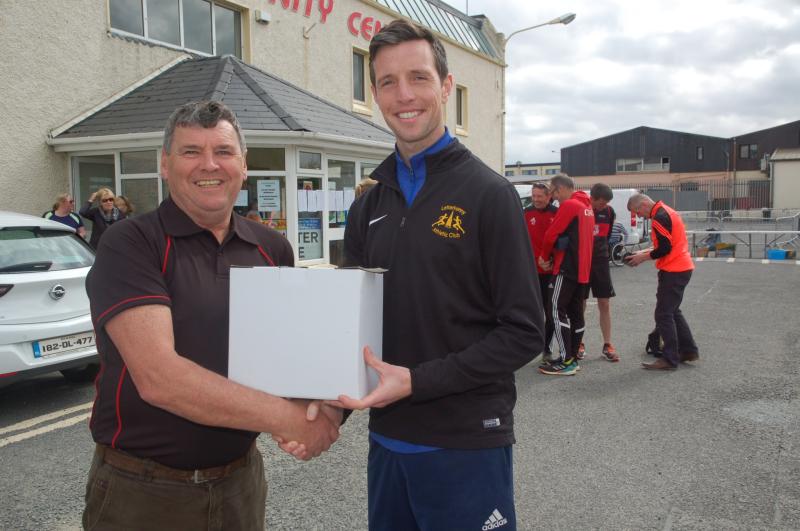 In excess of €827,000 has been raised since 1997 from one of the north-west's biggest and most successful sporting events.

The Northwest 10k started in 1997 and to date more than 30 charities and organisations have been he beneficiaries.

Three-time winner Eoghain McGinley will formally launch the 24th North West 10k tonight in the Mount Errigal Hotel. Reigning title holder McGinley also won the charity event in 2015 and 2017. The Kilmacrennan native is looking forward to the launch when the 10k committee will name the charities who will benefit from this year’s run and walk which takes place on Sunday, May 3rd, in Letterkenny.

“The North West 10k is one of my favourite events. You have the competitive side which is important but there it also has the family fun and charity sides. There is a great buzz leading up to it and it has a special place in my heart, McGinley, a member of Letterkenny AC, said.

On-line entries are now being taken for May’s charity event by going to www.northwest10k.com where runners and walkers will find all the information required.

Work for the 2020 event started in October when expressions of interest were sought from charities in Donegal. “We started the process early and work for 2020 began in October when expressions of interest were invited. We interviewed the charities and outlined the volume of work that would be required. It is a big undertaking and it takes a lot of volunteers to make it a successful fundraiser for any charity” Mr Martin said.

He also expressed his appreciation to the sponsors, An Garda Siochana and the 10k Traffic and Route Management members Neily McDaid and Brendan McDaid.