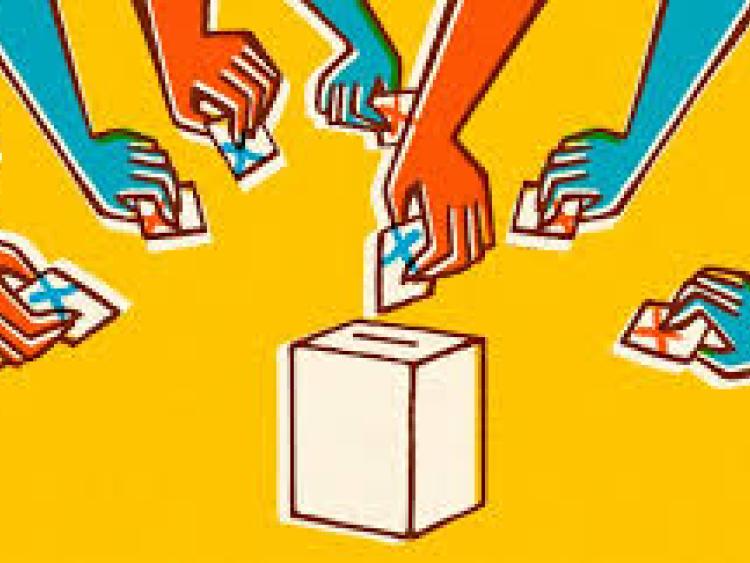 As Sinn Féin watch on, Fianna Fáil and Fine Gael appear to be cosying up again

A friend rang me up the week after the election to take the mick asking “seeing you are such a political oracle can you predict what was going to happen in regards to the formation of the next government?”
Ignoring the somewhat piss-take nature of his call I told him I could. Not only that, I could guarantee him two things: Sinn Féin would never be able to get the numbers to form a new administration, and - more importantly - the establishment parties would agree a coalition way before they would allow the Shinners to get into power.
“Are you telling me Fianna Fáil and Fine Gael will join up?’ he asked.
“Join up might not be the correct term,’ I replied, ‘but they’ll do a deal to keep the Shinners out. That is their main priority.”
My friend was absolutely outraged. The people of Ireland, he protested, had spoken loud and clear and the party with the most first preference votes should be allowed into government. For such an intelligent man his naivety surprised me.
A couple of days later I read an article much along the same lines as my discussion with my friend by Irish-American, Niall O’Dowd. It was titled ‘Irish America is hostile to the exclusion of Sinn Féin from government.’
One of the key figures in the background prior to the IRA ceasefire O’Dowd spoke in his article about the work that he and others did in helping bring Irish republicans out of the mire of violence and into politics.
He stated: “When we urged them (Republicans) forward to ceasefire and disarmament…we said peaceful politics was the way forward.
“Now that they have done that, the previously dominant parties are trying to change the subject to the past. It makes no sense.”
O’Dowd is not alone in making this point. Some weeks earlier I came across an article by Northern based academic and political pundit, Jude Collins, where he stated that to accept the analysis of Micheál Martin in regard to the Troubles is to, basically, accept a unionist view of the conflict. It’s a point I have made myself.
Isn’t it somewhat ironic that a party – which describes itself as Republican - founded by Eamon deValera and which emerged out of violence and mayhem of the Civil War is now closer aligned to the views of the DUP than SF? Amazing that.
And O’Dowd didn’t hold back on the role of the mainstream media here either: “As expected the media revisionists are truly angry that their cock-eyed view of history, where Sinn Féin are incapable of political thought and are just a bunch of goons who threatened the legitimate Northern Ireland state, has been discredited.
“Their theory is destined for the dustbin of history which makes it all the more strange to see leading politicians suddenly begin flogging that long-dead horse.”
The media here is very Dublin 4 centric, repeatedly representing the views of the few in establishment who fear change as opposed to those of the many who seek change.
Just for the record here are the election statistics: Fianna Fáil got 38 seats, down seven on the last election, with 484,320 votes; Fine Gael got 35 seats, down 12 seats, and 455, 584 votes; and Sinn Féin was up 15 seats to 37 and received 535,595 first preference votes.
Despite accruing the most votes the Shinners were, politically speaking, always catching water with a net when it came to attempts to form a government.
Knowing what they were suggesting was all but impossible as long as they didn’t engage - there were three big blocks of votes and to form a government it needed two of those blocks to combine - both FF and FG still urged SF to begin discussions to ‘form the next government’. It was cynicism writ large.
And now seeing that the Shinners can’t get the numbers together it was announced last week that ‘in the national interest’ Fianna Fáil and Fine Gael are riding to our rescue, willing to go into coalition so that we can have a stable government at this time of crisis. They are doing it for us. God bless them!
For years it was all but impossible to tell the difference between FF and FG on any of the key issues facing this country so maybe it’s time they merged into one and the fake arguments can be dispensed with.
And if the Shinners have to stay on the sidelines this time, hard cheese.
That’s life when it comes to politics.

The other day I was sitting having a coffee in a wee cafe when two mature men - early 50's I would think - got into a real lather about, wait for it, the fact that Liverpool might not be crowned Premier League Champions if the season is not completed. 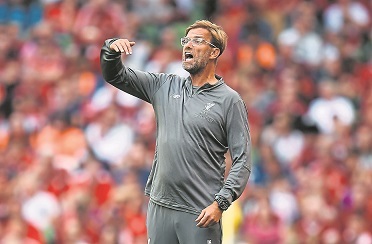 One of them, and I'm definitely not kidding, was on the verge of tears about this, stating he had waited 30 years or whatever to see his beloved team parading around Anfield as champions.
With all that that is happening in the world right now if that is all they have to bother them good luck to their wit!

I couldn’t believe the logic of our government while urging people to ‘social distance’ from each other in shops and social gatherings to prevent the spread of Covid 19, they had no bother allowing thousands of our fellow citizens go to the big gathering at Cheltenham and then, despite incidents of the virus being found in that area, not bothering to check them coming back in.
And they also allowed thousands of rugby fans from Italy to come here despite their country being the epi-centre of the virus. Where is the sense in either of these decisions?
But it gets really, really ridiculous when on one side of the Border at, for example, Bridgend you have a school closed and children told to stay at home while about two miles up the road at Coshquin you have a school open and kids running about.
We could get an agreement on a joint approach when it came to Foot and Mouth disease for the entire island but not when it comes to Covid-19. That really does tell us something about our priorities.
Straight up, if it wasn’t so serious you would have to laugh.