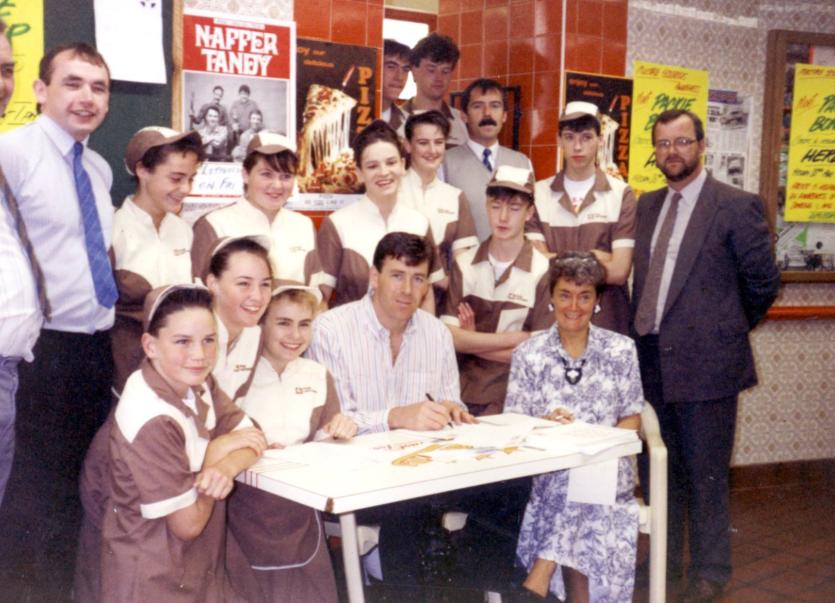 It says much for the popularity of the Four Lanterns in Donegal that 50 years on from opening its first outlet in the north west, they are still delivering a quality service, all wrapped up in a finger-licking snack box or famous Big 4 meal.
It was back in May 1971 that the Four Lanterns opened its first shop on John Street in Sligo.
Four of the Grimes brothers - Frank, Vincent, Gerry and Paddy - who were from Ballinrobe in County Mayo - took their first tentative steps into the restaurant business when Vincent, who was working in England at the time, came into possession of some catering equipment.
A premises became available in Sligo and the brothers took the brave decision to change careers and open a family business.
Frank’s son Oran takes up the story: “My dad and Paddy were both working in forestry, Gerry was in the merchant navy and Vincent was on the sites in England.
“Vincent had enough of England and he asked his brothers about going in together.
“Dad was a bit apprehensive because he had a pensionable job. He was a foreman with the forestry.
“He was with his brothers all the way, but he was the last of the brothers to commit. None of them had any experience in food.” 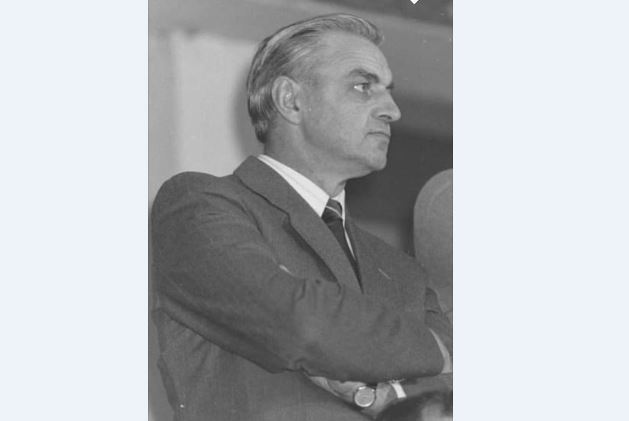 Frank Grimes - one of the original owners of the Four Lanterns

All these years later, the business is now run by Frank’s five children - sons, Kevin, Sean and Oran and daughters, Marie and Edel. Oran and Kevin, who look after the Letterkenny shops, still remember stories of their father and their uncles travelling to America to pick up some ideas on how fast-food outlets operated.
“They went to Wisconsin in the late sixties or the early seventies,” Kevin said.
“They had the restaurant at the back in Sligo but they had seen these take-aways everywhere in the States. So they opened a take-away at the front to see if this would work in Ireland. And that soon took over from the restaurant because it was so busy.”
Oran said the Four Lanterns was actually operating before the likes of KFC, McDonalds and Burger King.
“In those first few weeks of opening, my father and his brothers were work-horses,” Oran said.
“They would work all day at the business. The problem was the catering equipment would break down every so often. My uncles would work during the day, and my father would spend the night fixing the equipment and getting it up and running again.
“He was mechanically-minded. He could turn his hand to anything. These boys had grown up on a farm, so they were good at that kind of stuff.”
Oran also recalls how his uncle Gerry was picked up on O’Connell Street in Sligo where he had collapsed of exhaustion and was brought to hospital by ambulance.
“They had worked non-stop for weeks, getting the shop built, and then up and running and managing all the stress that goes with that.”
Kevin said his own mother Barbara helped out in the early days too, as did his uncles’ wives and partners.
“All the family were involved,” Kevin said.
“They had a man who could cook, and they watched and learned from him.
“They had a man called Bill Divers, who did the serving.
“He was properly trained in the industry. He wore a blazer with the frills and a dicky bow. His daughter worked there too when I worked there in the 80s. He was from Ballybofey originally.
“They were unbelievable characters. The first uniforms back then were white shirts and dicky bows and a blue blazer.” 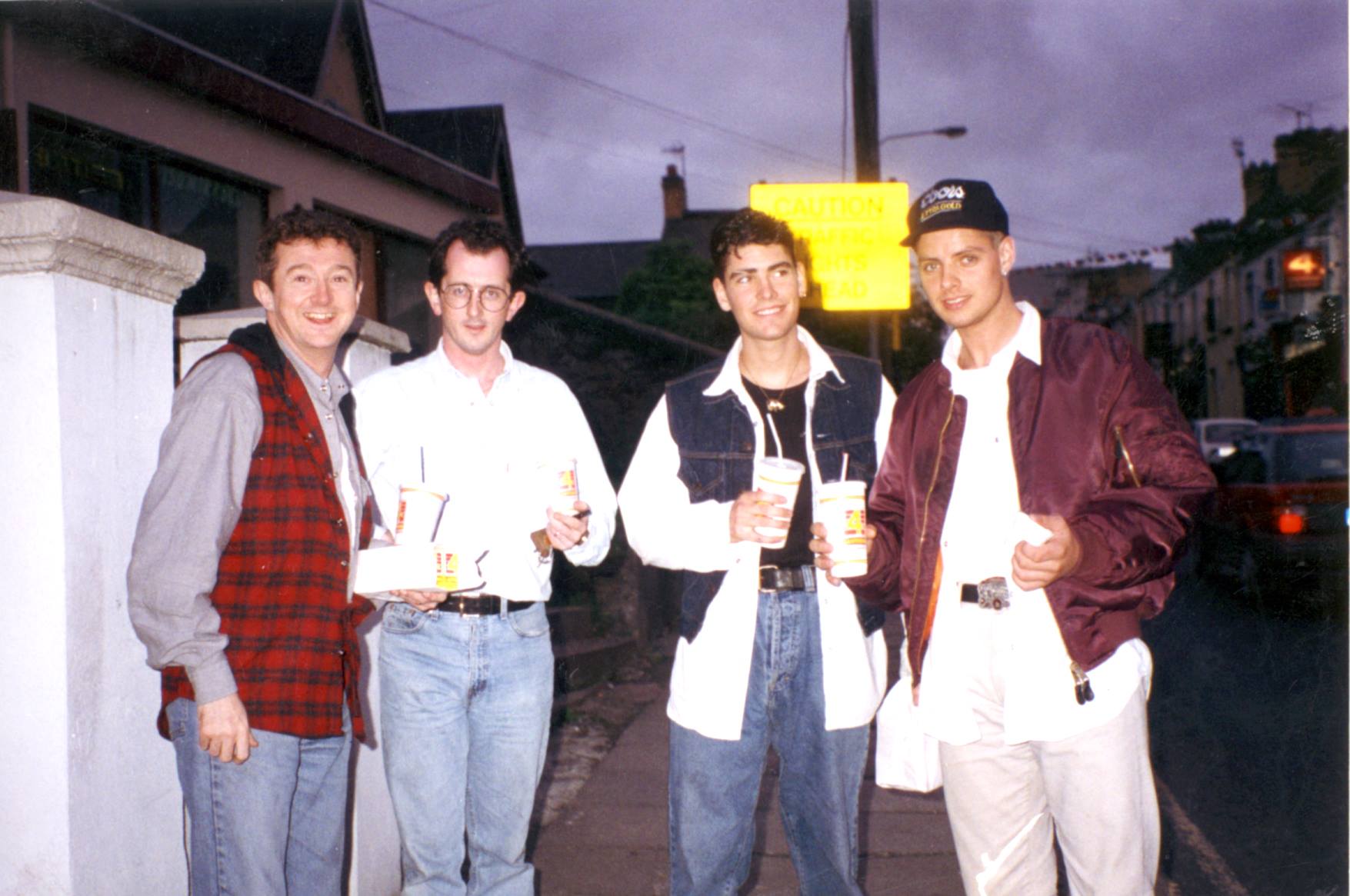 Shane and Keith from Boyzone grab a Four Lanterns take-away, along with Keith Fletcher and Louis Walsh, during a visit to Donegal back in the mid-90s

The Four Lanterns soon took off and not long afterwards, the Grimes family opened in Letterkenny. By this stage, staff were wearing the famous brown and yellow uniforms which were designed by a company in Bond Street in London.
They also designed the decor for the shops and a new logo.
That decor rarely changed until the Grimes opened their Donegal Town shop on Quay Street in September 1991, when Laverty Design Workshops in Dunkineely designed the new premises.
“My father bought the shop off the Ward family who had a music shop in it in 1991 and we moved in there in September that year,” Oran said.
“When we moved in, my father had employed Laverty Design and worked really well with Gerry Laverty.
“They looked after the Donegal Town shop and my father and his brothers liked it so much that he got the contract to do another seven or eight shops, all following the same theme. 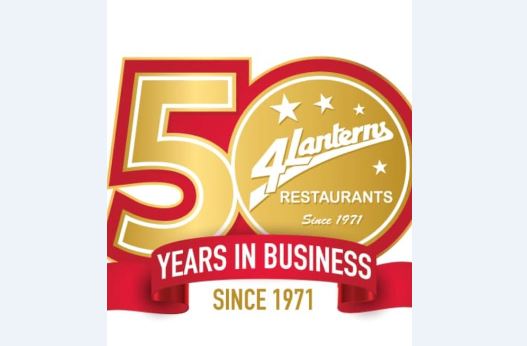 “All the shops were getting tired looking at that stage.It was time to take the next step and Gerry and my father worked very closely together in designing the shop and he carried it off to the brief.
“ Laverty Design were the best around. The workmanship was fantastic.”
At that time, the Four Lanterns had shops dotted all around the country, including Dundalk and Drogheda and in Mayo too. 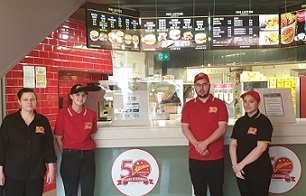 Staff from the Four Lanterns in Donegal Town - Marta, Declan, Aimee and Hannah. The Quay Street outlet will be open 30 years in September

Opening in Donegal Town, Oran agrees, was a big step but given that the new shop was mid-way between Sligo and Letterkenny, it made sense.
“The population in Donegal Town wasn’t that big, but the catchment area was huge,” he added.
“You went right down to Killybegs and over to Ardara and Glenties and then out the Sligo road to Ballyshannon.
“It seemed the most logical place to go at the time and to be fair, Donegal Town was a flyer of a shop when it opened. It really took off.
“And the staff who joined us, like the staff in every other shop, were with us for years.
“When people started with us, they were soon joined by their brothers or sisters.
“You had the Curley family, the McGrory girls, the Kemps, the Erskines, Corina Love and Michelle Ward - people who were real diamonds for us.
“They turned out to be fantastic staff members.”