New BBC documentary to examine the life of Donegal writer 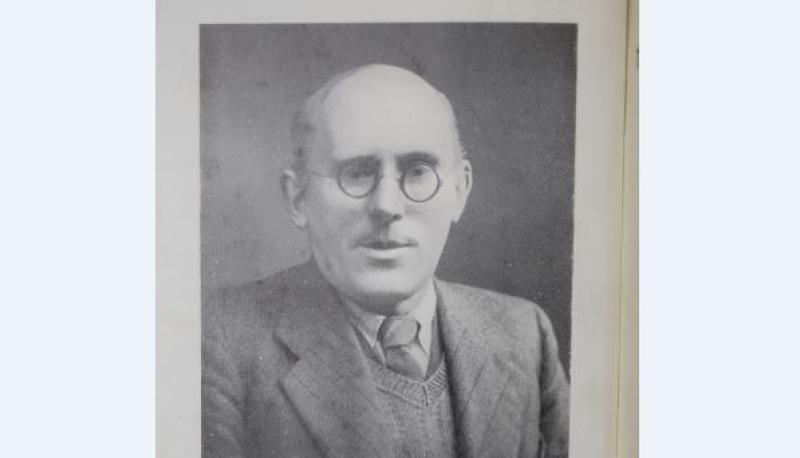 A new documentary to be screened on BBC Two this weekend, will examine the life and works of Donegal man Seámus Ó Grianna, one of the most important Irish language writers of the 20th century.
Born in 1889, in Rannafast in the Donegal Gaeltacht, Ó Grianna related the rich oral traditions and folklore of the region in his Irish-language works, some of which he wrote under the name Máire, in tribute to his mother.
Yet, near the end of his life, he wrote that he regretted ever writing one word of Irish.
In a new documentary Séamus Ó Grianna: Saol Corrach, made by Macha Media with funding from Northern Ireland Screen’s Irish Language Broadcast Fund, presenter Damien Ó Dónaill examines the life, work and contradictions of this extraordinary man.
Archive photographs and contributions from people who knew him, paint a vivid picture of the people and places that shaped him.
Over the course of five decades, he penned more than 30 books – among his best-known are novels Caisleáin Óir (1924) and Mo Dhá Róisín (1921), and short story collection, Cith is Dealán (1927).
His stance on the Irish language contrasted with his gentler prose, poetry and song. His work portrays the old traditional Gaeltacht way of life and tells stories of love and tragedy, and of conflict between idealism and materialism. 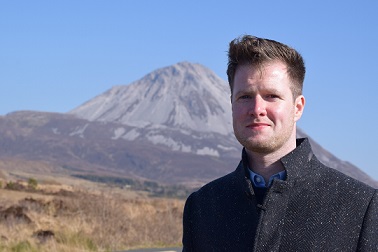 Presenter Damien Ó Dónaill examines the life, work and contradictions of Seámus Ó Grianna in a new BBC documentary which will be screened on Sunday, September 5

He wrote of local folk and local places, documenting the everyday lives of the people of Rannafast, saying that he wanted to ensure the Rannafast dialect was the only language he would use in his writing.
At 16, he accompanied his father to Scotland to work as a labourer. There he was introduced to the poetry of Robbie Burns and decided to pursue a career teaching.
In 1915, he was appointed headmaster of a primary school on Inishfree and began writing for the Derry Journal newspaper.

Profound effect
The Easter Rising of 1916 had a profound effect on him and he reportedly took the republican side in the Civil War. He was interned in 1922-1923 and afterwards the film reveals he became loudly critical of every aspect of the new ‘Free State’ government’s Irish language policy – what he called ‘official Irish’ – claiming that native Irish wasn’t being given enough attention.
We hear how he believed they were creating something new, and they weren’t using the language that was there already - the spoken language - and that it was being diluted and simplified and wasn’t giving dialects their place. He felt that Ulster Irish was being excluded.
Séamus Ó Grianna married in 1931 and settled in Dublin, raising eight children alongside his wife Connie. He got a job in the Civil Service as a clerical officer and after that spent 18 years as a staff member working on major Irish dictionaries, all the time working on his own writing.
He became infamous among Irish speakers and the government, and in the 1960s, he joined the Language Freedom Movement, a group that shared his views on government Irish language policy and who wanted to ban compulsory Irish in schools.
The documentary also reveals that surprisingly, he was also concerned that not enough English was being taught in Gaeltacht areas. He felt that as the people there already spoke only Irish, they were at a disadvantage when trying to find work or pursue education in different parts of the country or abroad, because they couldn’t speak English.
He felt the people of the Gaeltacht were being overlooked and badly treated in many ways.
For Séamus Ó Grianna, writing and the Irish language were his whole life. His very nature was defined by the Gaeltacht.
In the end, the film finds he lost hope and made an incredible U-turn from someone who was dedicated to promoting Irish and who wanted the people of Ireland to speak Irish, to someone, who in his seventies said he was sorry he had ever written a word.

But no matter what his views, he wrote more letters, books, plays, translations and songs than any other writer in the Irish language and is still considered by many as the most revered. His beautiful gentle songs in stark contrast to his public persona.
As one contributor to the programme notes: “If one were to find fault with his work, as literature, one might say he portrayed his own community, but he didn’t reveal himself.”
Séamus Ó Grianna: Saol Corrach, airs on BBC Two Northern Ireland, on Sunday, September 5 at 10pm