'Mummy is waiting for a sparkly heart' Cliona Marley

Mother of three, an organ transplant recipient, speaks about being given the precious gift of life 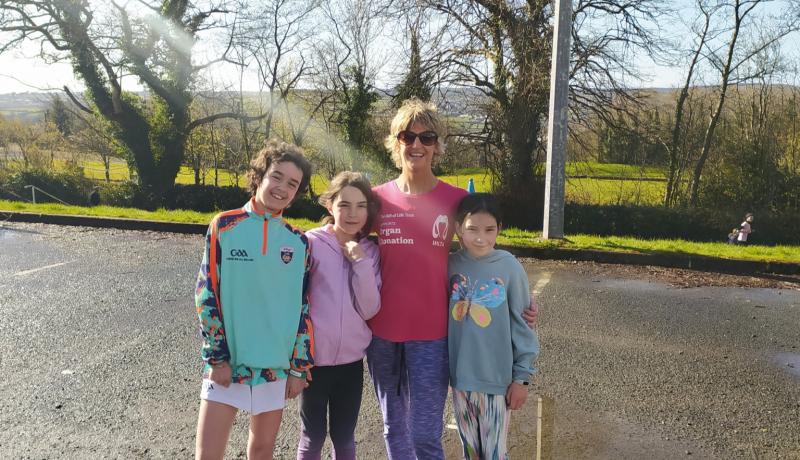 Lying in a bed in the Mater Hospital, Dublin, Clíona Marley wondered how to explain to her eldest child that she wouldn't be home for a while. The mother-of-three was hoping and waiting for a heart transplant and four-year-old Féile was asking every night when she'd return to her Letterkenny home to be with her and her sisters Zoe and Mollie.

Cliona asked a few people how she would describe the situation to Féile but wasn't satisfied with any explanation until a good friend said to her: "Tell her you are waiting for a sparkly heart."

The sentence brought a smile to Cliona's face and she knew it would work.

A special needs assistant in Educate Together, Cliona now enjoys a wonderful life of sandy beaches, TV shows and park runs with her beloved girls. However, there was a time when the prospect of her not seeing her beautiful girls grow up was very much a possibility.

“I was born with Congenital Transposition. I had surgery when I was 6 and 8 to get it corrected," Cliona said.

The heart defect didn't stop the young Clíona doing everything she wanted. She played camogie and soccer and won an All-Ireland medal, ran races and generally enjoyed life like many other children. In her 20's, Cliona's heart began to deteriorate and she was on medication for two decades. When Cliona turned 40 she began to lose weight and her health took a turn for the worst. In February, 2014 Cliona was given valve replacement surgery in the Mater Hospital in Dublin, unfortunately, it didn't work.

"I didn't even get out of the hospital. I was too sick then to go on the transplant list," she recalled.

She was subsequently put on an aortic balloon pump where it was hoped the pump would assist her heart and reduce the pressure on the vital organ.

Cliona spent 6 months in hospital. One of the hardest things for Cliona was that she was separated from her children. Cliona's brother called into her daily and brought her memory sticks with films on them for her to watch. At that time, there was no wifi in the hospital. A friend of Cliona called into her every single morning after dropping her children to the créche and before going to work.

"I have really good friends and family. I had somebody in every single day. The nurses were amazing. Some of the nurses would actually go out and buy me clothes and toiletries. They were so good," she said.

Cliona focused on what was happening on a daily basis and refrained from letting her minds wander to what may happen: "If I didn't get on the list it would have been palliative. You have to focus on the moment. If you think too much about it - you would panic. You feel guilty too because you are waiting for someone else to pass away. You don't want to wish somebody else's life away so you can live. The nurses were amazing - they were like counsellors - they kept saying 'you'll get it, you'll get it' but you can't think too far ahead because you don't know. You don't have any time frame you are going from day to day." 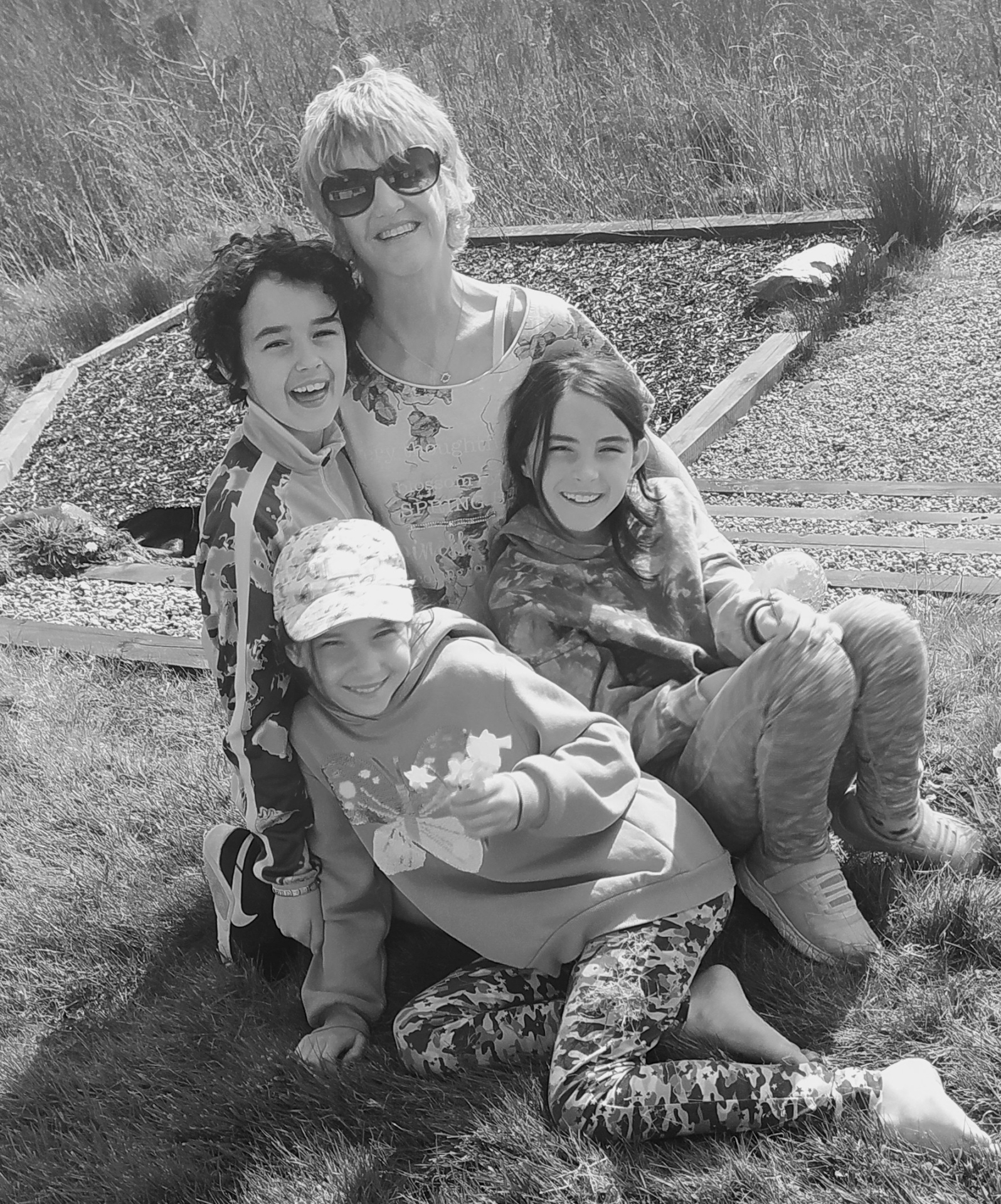 The Letterkenny-based mother feels that more counselling should be made available to transplant patients and their families as it is a very difficult time for all concerned: "There were congenital transplant nurse specialists there, Rhona and Esther, and they were life savers, absolutely and they did help me a lot."

Cliona was placed on the transplant list. Initially she faced disappointment after her first call did not go ahead. The call means that you are one of a number of people who may get the transplant. However, the choice is then dictated by a number of different factors. As a result of the call procedures kick into place, bloods are taken, the patient is prepared for surgery and so on.

However, Cliona's second call proved successful. Her mother, Joan Murphy, was by her side for the jubilant news: "My mum was with me at the time I got the call. I was delighted. I don't think I could have lasted much longer to be honest. I never asked them but I was losing weight and if you go under a certain weight you just wouldn't have the capacity. They were trying to feed me up and I wasn't really gaining weight."

The surgeon who had carried out Cliona's valve surgery was a huge support to Cliona. Surgeon Lars Nölke told Cliona who would carry out the surgery whether or not he was working and Cliona feels very appreciative of him and cardiologist Kevin Walsh and the entire team for their unwavering dedication and kindness.

Her surgery lasted over twelve hours. When she recovered, Cliona found that she couldn't walk.

Cliona returned home within a month much to the delight of her family and friends. She did have to travel to Dublin three times a week and at times more often as doctors tried to regulate her medication. During the first few years, there are a lot of issues people can encounter.

Cliona is a committee member of the Irish heart and lung transplant association. The organisation is hoping to mirror the 'opt out' movement in Scotland. The association supports providing for an opt-out system of consent for organ donation.

Scotland moved to an opt out system of organ and tissue donation. New figures show over half of people, 54%, in Scotland have now registered their donation decision – 51.5% to be a donor and 2.8% choosing to opt out.

Delighted to attend the launch of #donorweek22 at the Mansion House in Dublin. Thanks to Minister Donnelly for joining too. We continue to call on the Department of Health to enact soft opt-out provisions for organ donation in Ireland. #OrganDonationSavesLives @odti_irl pic.twitter.com/0fNTtVDL6Z

Cliona hasn't been in hospital for four years. She does the park run in Letterkenny with her children, she plays tennis and walks a lot: "I was at the beach recently a few times and I was thinking when I was in the Mater, lying on my back, there was a window above me but I couldn't see out - did I ever think I could be outside and free? It is just amazing."

She recalls on one occasion, the porter in the Mater brought her down for a procedure and he took her outside and bought her an ice cream. The same porter disappeared when her daughter arrived and came back with a big Easter egg. It was moments like these that raised Cliona's heart and made memories that money can't buy.

"Things like that happened all the time in there because the staff were just so good and kind," she said.

Those who gave her the gift of life often came to her mind: "It is possible to send a thank you note to the donor family through the transplant co-ordinator? How do you communicate with a family who has lost a loved one and made the selfless decision in their grief to help a stranger?"

Clíona pondered tirelessly over what to say. She wondered how they would feel? The grateful Mum even wondered if words could bridge the gap between appreciation and heartfelt loss: "I couldn't even express how I felt. Then I thought if this was my child, brother or mother’s donated heart, I wouldn't care, I would just want to know and connect."

Eventually she and her children wrote some messages: "All you can say is thanks really but it took a while. My girls wrote to them too thanking them for my sparkly heart."

Cliona said that organ donation has extended her life, given her life and it meant her kids have their mother for the last 8 years: It has been a gift to all my family. I suppose you couldn't really describe it really. How grateful I am that the person or the family decided in their grief that they were going to do that - it is an amazing thing to do. Very selfless. I was given the precious gift of life.  It is amazing."

Making the decision to donate organs is the most important gift we can ever give. Make sure friends and family are aware of your wishes on organ donation and take the key steps towards saving lives. #OrganDonationSavesLives | #HaveThatConversation | https://t.co/213DrPrXaJ pic.twitter.com/RE77LYZF0M

The national launch of Organ Donor Awareness Week, which is organised by the Irish Kidney Association (IKA) in association with Organ Donation Transplant Ireland (ODTI), was held at the Mansion House, Dublin 2 on April 19. The key message to the public for the campaign which will take place from Saturday, April 23 until Saturday April 30, from the IKA, the ODTI and the Minister for Health Stephen Donnelly, is to ‘Share Your Wishes’ as organ donation saves and transforms lives.