Jive for June raises much needed funds for Donegal Hospice 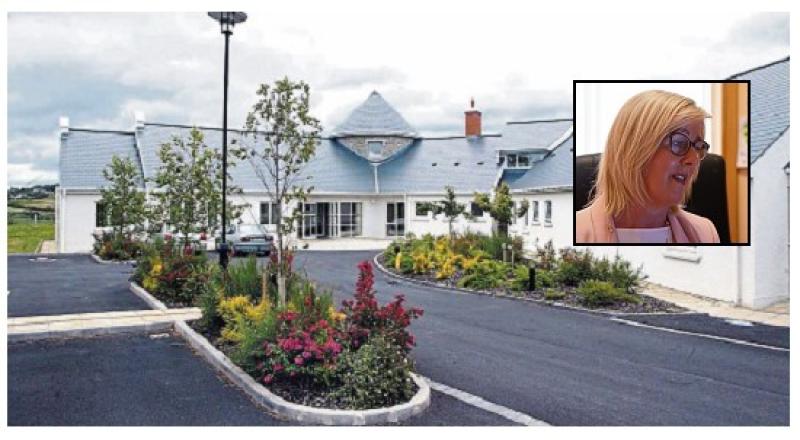 When Covid-19 took a grip across the country in 2020 and again in 2021, donations and charity contributions to the Donegal Hospice dropped significantly.

With no indoor or outdoor activities allowed, the income generated from charity events dried up.

And while demand on hospice services continued, the organisation, like so many groups of its kind, was suddenly hit by a major drop in income.

Hospice Administrator, Isobel Rodgers knows better than anyone how important charity events are for the day to day running of the hospice.

Amara Bonner - a doctor at Letterkenny University Hospital - and those in attendance have been thanked for their quick-thinking in saving Trevor Melly, who is now recovering at Altnagelvin Hospital in Derry

And when she came up with the idea of running a Jive for June charity event, she was delighted with how it was quickly embraced by so many.

Little did she know that almost a year later, her idea would help raise almost €90,000.

As the latest Jive for June fundraiser draws to a close, Isobel tells her story:

In 2021 during Covid, I realised that we would not be able to hold our usual church gate collections, the annual Sunflower Day or coffee mornings, all our main fundraisers.

I met people and all they talked about was if we would ever get back to our dancing again.

So I took a notion about organising a Jive For June.

I brought my idea to a meeting and I knew once I opened my mouth there was no going back.  Yes, I did think at the time it could go either way but sure I would  give it a go. 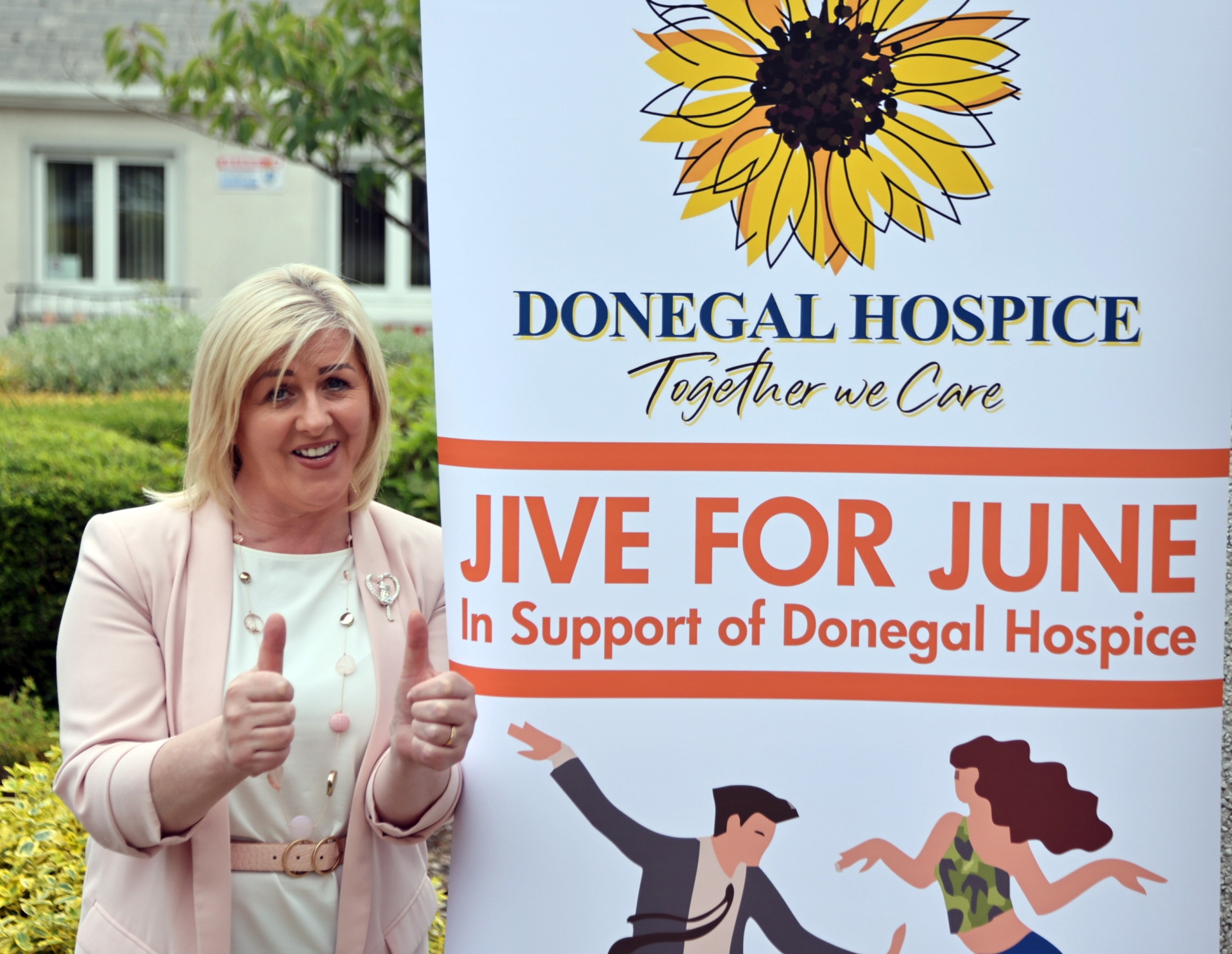 A massive thank you from Isobel Rodgers at the Donegal Hospice Pictures: Brian McDaid

I contacted Highland Radio and they came on board straight away and  David James  agreed to play a jive everyday for the month of June at 4.05pm. People could also do their own jive at a time suitable and put it up on the Donegal Hospice  and Highland Radio Facebook pages  and get family and friends to donate on the link. If people could not jive then they could do various fundraisers or just donate.

Looking back I probably had everyone tortured. 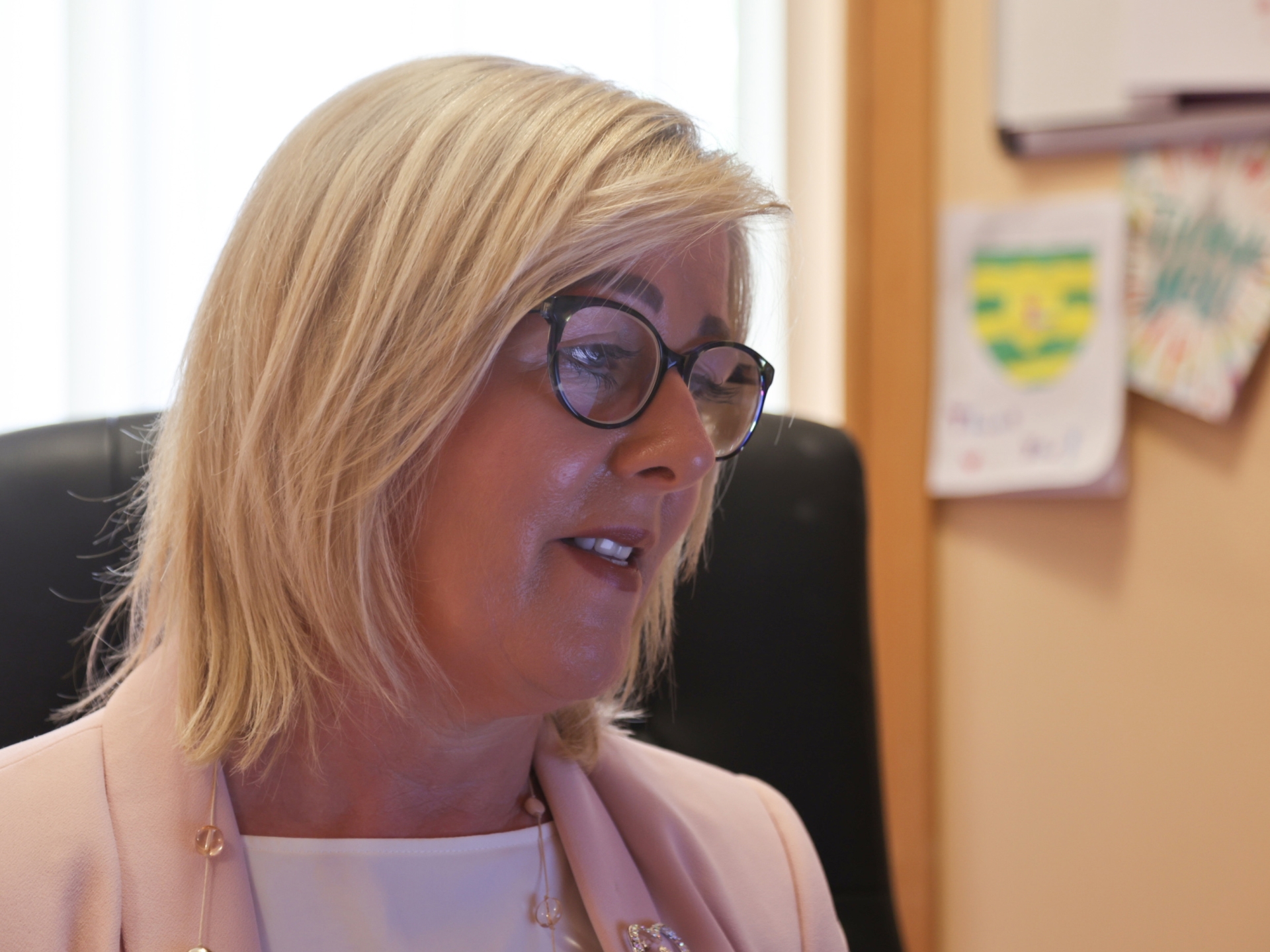 Isobel Rodgers in her office at the Donegal Hospice as her fundraiser 'Jive for June' heads for the €100,000 mark - Photo: Brian McDaid

This year I started working on the Jive for June back in January. On June 30 last I had raised €84,200. I am so grateful to all who jived, donated and held various events and dances, even the school children took part and there were jives in Spain.

We even had jives held in two locations in London, organised by Tiny Vaughan and Kevin McGinley.

These funds will be used for the care of the palliative care patients of County Donegal and I want to thank all for their very valued support.

There are still funds coming in for the Jive for June. I will keep everyone informed of the final figure.

Thanks to you all.