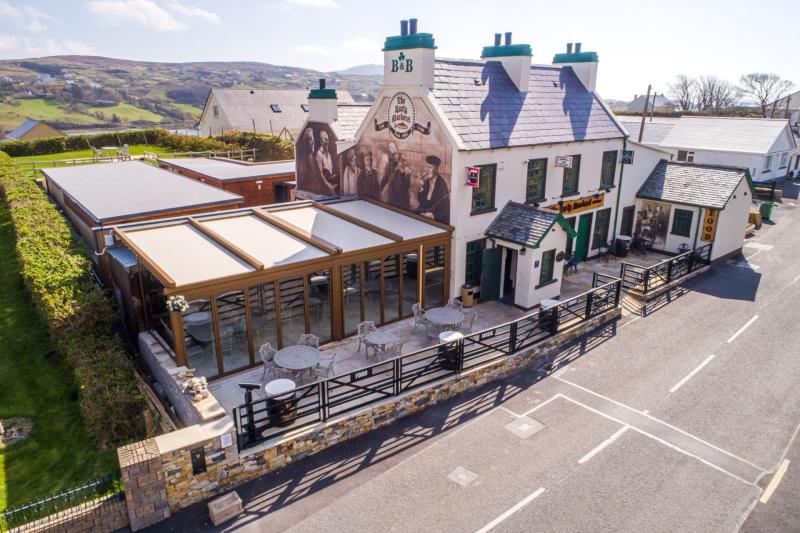 Donegal has fared magnificently in the Food Awards Ireland 2022, scooping over 25 percent of the prizes in varying categories. Those who organise the annual event say the awards take place to recognise the success of local professionals and establishments that keep delivering excellent flavors and giving the very best in dining experiences to their customers.

The winners are chosen by members of the general public. Several of the awards are split into local regions to ensure fair recognition.

'There is no question that people are struggling in Donegal' - TD

September protest can send a strong message to Government

An Capall Mara in Killybegs won the award for Takeaway of the year - a highly competitive category. Biddy O’Barnes won the award for the best place to get the foodie favourite fish and chips. The best vegetarian restaurant went to the Honeypot Coffee House which is located on the High Road in Letterkenny. The dessert outlet of the year also went to a Letterkenny outlet with the Lattea Da picking up the coveted award.

The award for best street food went to Johnny’s Ranch Ramelton which also bagged the award for cafe/bistro of the year, Ulster.

Meanwhile, The Ulster Regional Final of Irish Restaurant Awards 2022 took place in the Slieve Russell Hotel, County Cavan on August 23. Jo Daly and Quay West Restaurant will compete in the local food hero category. Sonders in Letterkenny will battle it out with other regional outlets in the best sustainable practice category. Other eateries, establishments and patrons that have been named are the Chandpur Restaurant, Fisk Seafood bar, Downings, Andersons Boathouse Restaurant And Accommodation, Mairead Anderson, Harvey's Point, Ahoy Cafe Killybegs and Snugborough appears in the new comer category.

The Harbour is in the running for pub of the year.  Rathmullan House Hotel will battle it out for an award for best customer service while The Rusty Mackerel will compete for the best gastro pub award. Hopes are high that Ciaran Sweeney of The Olde Glen Bar will scoop chef of the year.  The Lemon Tree Restaurant has been nominated in the restaurant of the year category.