It Occurs to Me: How a Donegal man broke the news of the queen's engagement

Frank Galligan's popular It Occurs to Me column returns this week. And days before the funeral of Britain's Queen Elizabeth, Frank recalls how a Donegal man first broke the news about the the queen's engagement back in July 1947 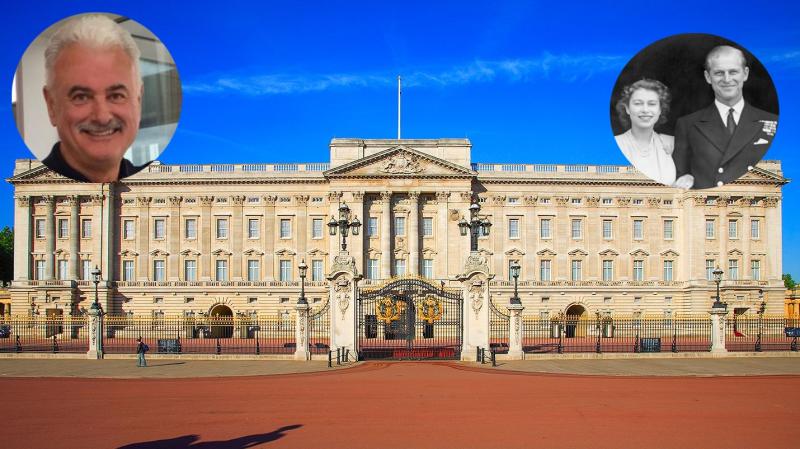 As I was saying before...

On 15 August 1923, Éamon de Valera appeared at a Sinn Féin election rally at the O'Connell monument in Ennis, County Clare. The event, having been advertised in the local press, saw many thousands attend.
After the opening speeches and introductions, de Valera rose to speak, and Irish Free State forces rushed the Square. With shots fired over the heads of the crowd, De Valera surrendered and was taken into custody before a second volley could be discharged. He was arrested under the Public Safety Act, and remained imprisoned until July 1924. Despite this, Clare elected him top of the poll in the general election. 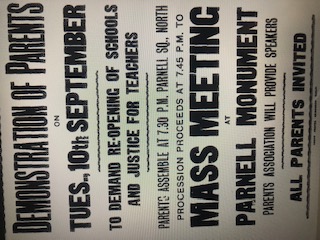 A poster looking for support for the INTO strike in 1946

On his release from prison, de Valera started a speech in Ennis with the words "as I was saying before I was so rudely interrupted."
I know the feeling… if you substitute Covid for Free State Forces, I’m only too aware of what a rude interruption is like, notwithstanding the fact that mine was twice as long as Dev’s.
Anyway, it’s great to be back and as I was putting my first words to paper, word came through about the death of Queen Elizabeth 2, and I was reminded of how a Kilcar man was first to break the story of her engagement back in July 1947.

Dan and the future queen

The story begins with an incident in Croke Park which made the aforementioned Eamon de Valera incandescent with rage. On October 6, about seventy teachers dressed in black coats and carrying banners rushed on to the pitch at half time in the 1946 All Ireland Football Final between Kerry and Roscommon.
They were removed following scuffles with gardaí and stewards. It was later revealed that the demonstration took place without INTO approval.
The strike came about as a result of widespread dissatisfaction among teachers with the direction of educational policy and with their treatment at the hands of the educational administration. The relationship between the INTO and Fianna Fail had progressively deteriorated from that party's assumption of power in 1932. The origins of that strained relationship are to be found in Mr. De Valera's reneging on a promise made in Rathmines followed rapidly by the Economies cut in 1933 and the imposed salary settlement of 1934. The strike began on 20 March 1946 and ended at the end of October due to the intervention of Archbishop McQuaid.

The apartment is being described as one of a kind

To try and put bread on the table, Dan Gillespie from Kilcar, like many fellow teachers, took up a second job. In his case he succeeded in getting work as a news reader with RTE radio.
This was before Raidio na Gaeltachta where each night before the main bulletin at nine o'clock, the news would first be read in Irish at 8.45pm In order to cater for the dialects, there was a cycle of three where it would be Donegal Irish the first night, then Connacht and finally Munster. So Dan was working every third night.
It was a small operation of two where Dan's partner, (I think he was Frank Hegarty from Teelin, but I’d be obliged if someone there might confirm it) would work the teleprinter while Dan translated the pieces of news coming in, and then announce same. In order to get the quota of national and international news they would rely on the teleprinter as well as also listening to other news broadcasts from around the world.
When news would come on the teleprinter it would be accompanied by a code so that the operator could be sure of its authenticity.

The Royal Embargo
The 8th of July 1947 was a quiet news night as Dan described it, when the teleprinter began chattering. Frank Hegarty tore the news off and informed Dan that the engagement of Princess Elizabeth had just been announced by Buckingham Palace.
Dan asked him if he was sure and he said yes that it had the palace code with it so it was authentic. Dan translated it and ran with it as the top news of that bulletin. 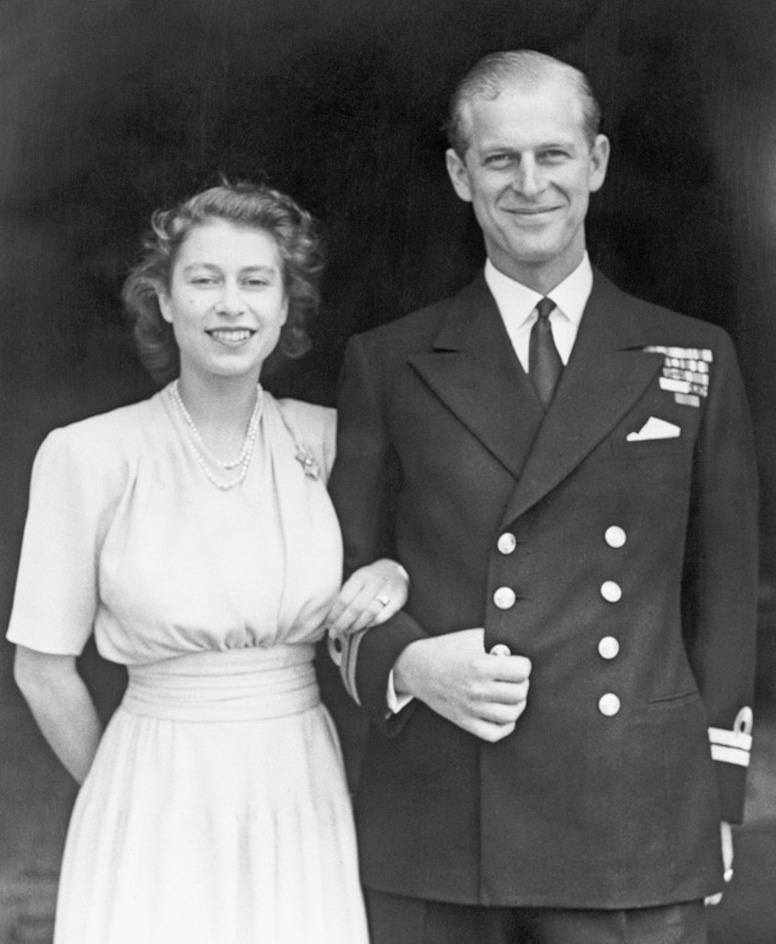 As soon as they were finished they got a call from the nine o'clock team asking them if they were sure of this information and they confirmed that they had received it by teleprinter. The nine o'clock team also ran with it as their top story and it set off a chain reaction where English newspapers and radio stations began contacting RTE and soon it was being carried around the world.
It made all the earliest editions of the morning newspapers in Britain. But the problem was that the news wasn't to be made public until the following morning at eight o'clock when it was to be announced officially. There was a press embargo on it.

However, the evening before, possibly before signing off, the press officer in Buckingham Palace had sent it to RTE but there was a clear instruction with it stating that it was not to be divulged until after eight o'clock the following morning. But Frank in his excitement had torn the message too early and that instruction had been missed. It appears that he had not done the same for the news outlets in Great Britain and for very obvious reasons!
Ireland had remained neutral during the recent war and it was felt by some that this unseemly haste in announcing the royal engagement had been done deliberately. It led to questions in the Dail but by whom and why was never elaborated on by Dan.
The two ‘In Through’ men were summoned in front of the RTE hierarchy but once they were appraised of the genuine mistake they didn't pursue it any further and so there the matter rested.
When Dan passed away in February of 2001 (I wrote an article here at that time) a letter came from Buckingham passing offering the Queen's condolences.
On a funny note, one of the McNultys, who were Dan’s neighbours in the family home of Cashlings, Kilcar, nabbed him on a visit home and said that although he was a very good newsreader, he didn't know anything about the weather!

Sadly, there are no recordings from those early broadcasts.