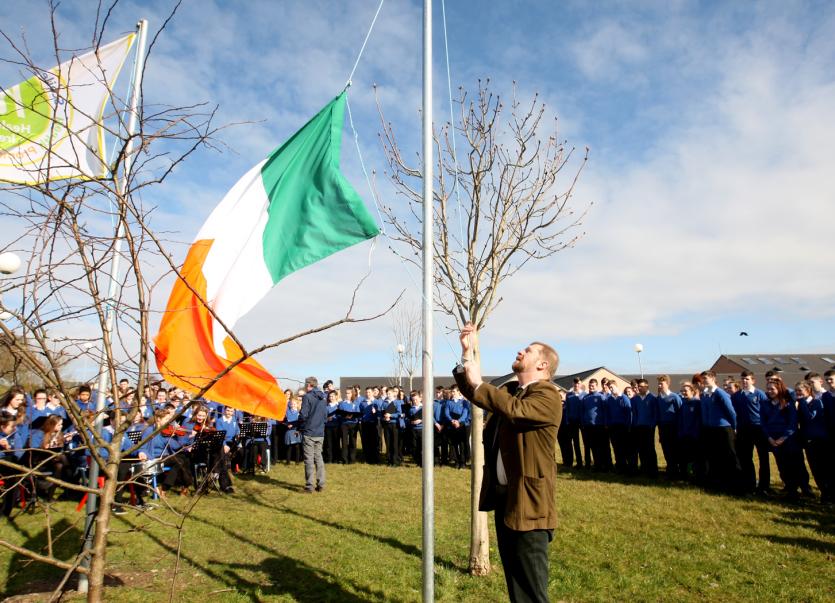 Congratulations to four of our Engineering students and the Engineering Dept. in their success at the Young Engineering Regional Awards in Letterkenny last week. Cían Duffy and Martin Mc Manus won First and Second Place at Higher Level respectively. In Ordinary Level, Shane Begley won First and Dáire Doyle won Second. All four students will go on to represent the region in the National Finals later this month.

Lauren Moore was elected Head Girl and Francis Barron was voted Head Boy after a tough election campaign against formidable opponents last week. We have every confidence that they will acquit themselves honourably over the course of the year, acting as role models to younger students and as voices of the student body at meetings and official functions.

Over 100 students took part in our annual 10km First Year Walk through the Knather Woods recently. The walk is a bonding experience to encourage new students to make new friends with one another. Students also raised money for school activities and trips through sponsorship. Although the weather conditions were not ideal everyone was in high spirits for the duration of the walk and lots of fun was had by all.

Our TY students have been very busy in the first month back. Their first major activity was the annual bonding trip to Delphi, with three days of outdoor activities including kayaking, archery and team-building exercises. Since then they have taken part in a Gender Equality Workshop, attended Psycho Spaghetti in Sligo, and are currently involved in Carnival Workshops with Maura Logue. The theme of this year’s carnival is ‘Army Dreamers: Donegal 1916’ and takes place on Saturday Oct. 8th at 7.30pm in Ballyshannon.

We have a lot of activities arranged for all year groups for the Connect Mental Health Week which runs from October 8-15. There are plenty of events taking place outside of school too. Take a lookwww.connectmentalhealth.ie for more information.

Twenty Higher Level Leaving Cert English students and their teachers travelled to London recently to attend a production of ‘Macbeth’ in Shakespeare’s Globe Theatre and the West End show ‘The Curious Incident of the Dog in the Night-Time’. Both shows were a big hit with the students, presenting a great contrast in style, although some of the students would have preferred one of the hard wooden seats in the Globe to standing as a ‘groundling’ in the traditional fashion! The group also visited the British Museum, the Tate Modern, and enjoyed a Sunday morning stroll around Westminster and Buckingham Palace.

Many of our students are busy putting the finishing touches to their poems and short stories for this year’s Allingham Festival Schools Competitions. The deadline for entries is October 17th, so there is still plenty of time to enter. Visit allinghamfestival.com/school- competitions for more info, or see Mr. Beattie in the Library at lunch for an application form. Best of luck to all!