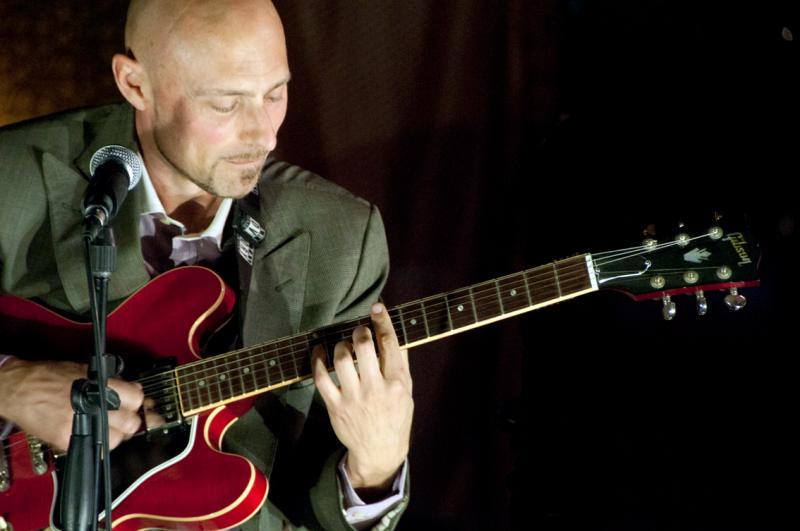 International stars of gypsy jazz will be arriving in Donegal next weekend for the first Django Sur Lennon festival in Ramelton.
The renowned guitarist Romane from Paris arrives in town on Thursday evening, October 28th, and will play the first festival concert in Ramelton Town Hall on Friday night.
London-based Kourosh Kanani is to play a special acoustic gig in a mystery location on Saturday afternoon. The Italian guitarist Dario Napoli is Saturday night's headliner.
Donough Cleary, one of the organisers of the festival, said Django Sur Lennon will be the top gypsy jazz event in the country in 2016. The weekend will feature five concerts in all, as well as a host of gigs and sessions in local pubs.
“This is our first outing and we’re pretty stunned that we’ve been able to bring in top players from France, Italy, the Netherlands, the US and England," Donough said. "On top of that, a lot of the leading gypsy jazz players on the island of Ireland are also headed to Ramelton for the weekend."
He said a lot of credit must go to festival sponsors, "in particular Sir Gerry Robinson of Oakfield House in Raphoe. Barrister Peter Nolan has come in to support what’s happening. Fintan Moloney, who loves his music, is also on that list. The festival simply wouldn’t be happening without them.”
The festival opens in Conway’s bar on Thursday night, with music by local gypsy jazz outfit La Pompe. Friday brings a "welcome to town" session in Conway’s at 6pm and the Romane concert at 8pm. There are three concerts on Saturday – the acoustic gig with Kourosh Kanani and guests at 2pm; Irene Ypenburg from Amsterdam and Manouche from Belfast in the Town Hall at 5.30pm, and Dario Napoli at the Town Hall at 9pm.
The closing concert will be in the Town Hall on Sunday at 2.30pm.
Other performers playing in the bars of Ramelton over the weekend include Tolka Hot Club, the Boris Hunka Trio from Limerick, and well-known gypsy jazz players from Dublin and Galway.
“It’s brilliant to get the opportunity to see these top players in concert, where they pull out all the stops," Donough said. "But we’re also expecting to have some fantastic acoustic sessions in the pubs over the weekend – these gypsy jazz players just love to play and can go on for hours."
Weekend and concert tickets are available from An Grianán Theatre box office, 074 20777, or pay on the door. More information on the festival at www.djangosurlennon.com