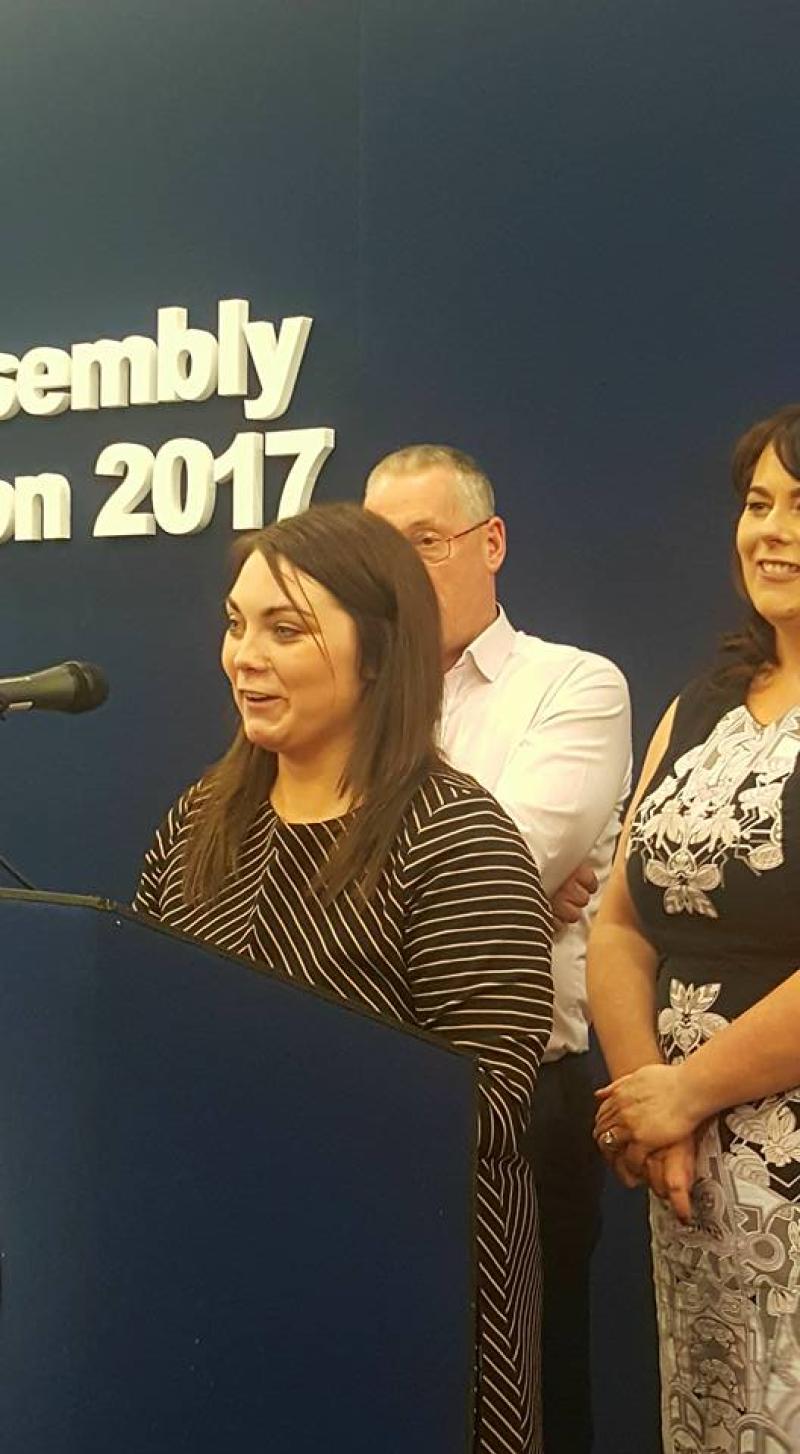 A young Belleek woman with considerable County Donegal connections has swept to victory in the Northern Ireland Assembly Elections for the Fermanagh/South Tyrone constituency.

Jemma is the second youngest successful candidate in a contest where Sinn Féin took them to within one seat of the DUP.

The newly elected Sinn Féin MLA said it was “a great honour to represent Fermanagh/South Tyrone and especially the local area.”

She said:"And to get over 7,000 votes as a first time candidate was absolutely unbelievable and I did not expect it.

Not surprisingly Jemma added that trying to save her old St Mary’s High School, Brollagh, would be one of her immediate priorities.

“I had some great years there and it will be a big part of my agenda. It is a wonderful school and I will be fighting tooth and nail for it. The previous Education Minister John O’Dowd tried his best with a cross border dimension that would include working with schools in Ballyshannon and in County Leitrim. I will be the voice for Brollagh School and I have already been contacted by a number of worried parents about the threatened closure,” she said.

And Brexit is also top of her list of priorities: "Just look at the close connections we have with Ballyshannon and indeed Donegal. This is huge for the local area and Northern Ireland has to be given special status to stay in the EU. We want free movement of trade and of people," she said.

She added that the reintroduction of customs would be "disastrous."

“People go from Belleek to Ballyshannon multiple times in the day, so a hard border would be disastrous,” she said.