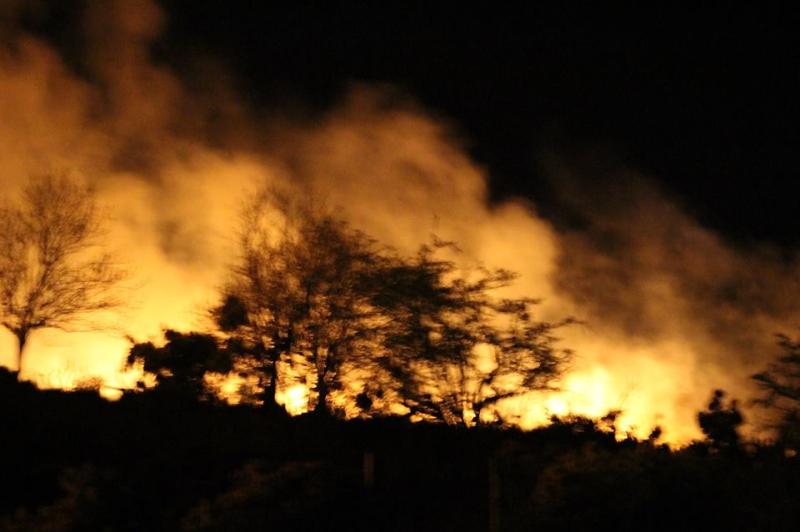 A gorse fire which set hundreds of acres of ground ablaze in the village of Fintown has been described as one local as being like scene from Armageddon.

The blaze began last night between 10.30 and 10.45. At least four units of the fire brigade rushed to the scene.

The wind caused the fire to spread quickly alongside the hillsides in the areas of Beaghmore and Currien.

"The fire had spread and crested the hill opposite Loch Finn in less than a half hour," local man Joe Brennan said.

He described the scene as being "very intense and frightening."

"It wouldn't have been as bad if the grass hadn't been as dry," he said.

It is understood that no one was injured in the fire and that no homes were damaged.

People are being urged to be careful in relation to fires during the spate of warmer weather.