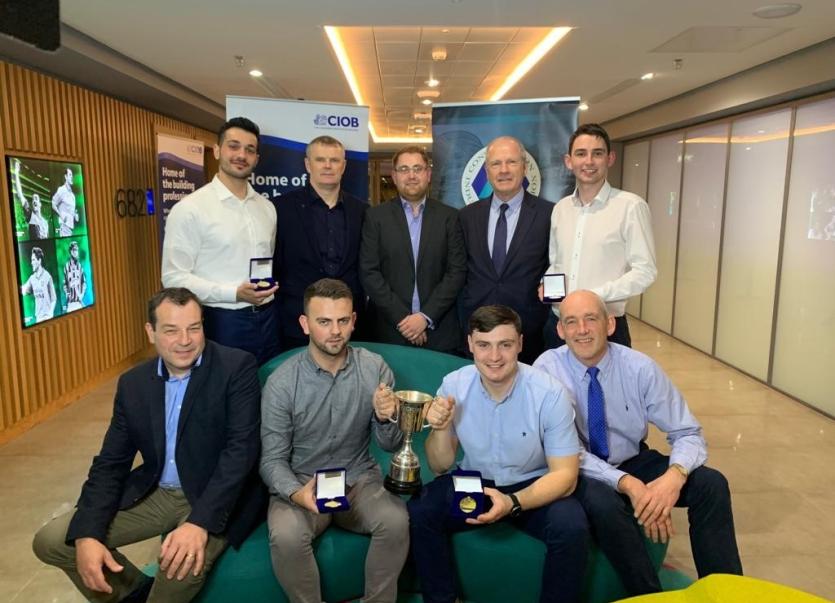 A team of talented building and civil engineering degree students in GMIT including two Donegal students from Bundoran and Falcarragh have won the coveted All Ireland Chartered Institute of Building (CIOB) Student Challenge 2019 for developing the best detailed proposals for a complex building heritage project on a busy commercial site in inner city Dublin.

The students’ project was a 1770s Georgian building in poor and unstable condition, needing both internal and external restoration. Adjacent to the Georgian building was a newer office building which was scheduled for demolition; the demolition included a critical ESB sub-station which powered the neighbouring restaurant. The team developed plans to replace the sub-station whilst also creating a temporary advertising façade to ensure the restaurant remained appealing to customers and could stay open during the build. The students also developed plans to allow building quality to be managed and ensure confirmation that all building regulations requirements were met. Compliance with building regulations has become significantly more onerous in recent years, following extensive changes in building control legislation following high profile failures such a Priory Hall. The students also planned how public safety could be maintained, on and around the busy and congested city centre site.

The team also developed detailed logistics and traffic plans for the project including proposals to manage time and cost impacts on the project. Factors such as traffic management involved considering how the Dublin City Council operation “free flow” traffic initiative over the Christmas period would impact the site and also the loss of local parking spaces. Dealing with hazardous legacy materials such as asbestos and lead paint and maintaining both power and drainage for the restaurant were also involved.

Following completion of the written planning, the teams were involved in two rounds of presentations of their plans to a panel of leading expert judges from industry and the professions. The teams were firstly whittled down to a final three who were then further questioned by the judges in a second round of detailed evaluation.

GMIT lecturers and competition mentors John Hanahoe and Dr Martin Taggart paid tribute to the GMIT team,  saying: “This is a fantastic achievement by our students. They performed to a very professional standard and really impressed the industry judges. The competition itself is a great opportunity for the students to engage in real life interdisciplinary practice, as well as it being an enjoyable and sociable experience.”

Mary Rogers, Head of the GMIT Department of Building & Civil Engineering, says: “GMIT has been involved in the CIOB student challenge for a number of years now. We are fortunate to have cross-disciplinary undergraduate programmes in Architectural Technology, Civil Engineering, Construction Management and Quantity Surveying  where students can contribute their specific expertise and work together to problem solve construction projects as a team.  We also have had great support from local construction and consultancy companies over the years who give their time, experience and knowledge to encourage our students to understand the whole construction process and where their discipline fits within that process. This is invaluable learning for our students who relate particularly well to the collaborative environment generated through a multi-disciplinary team setting.” 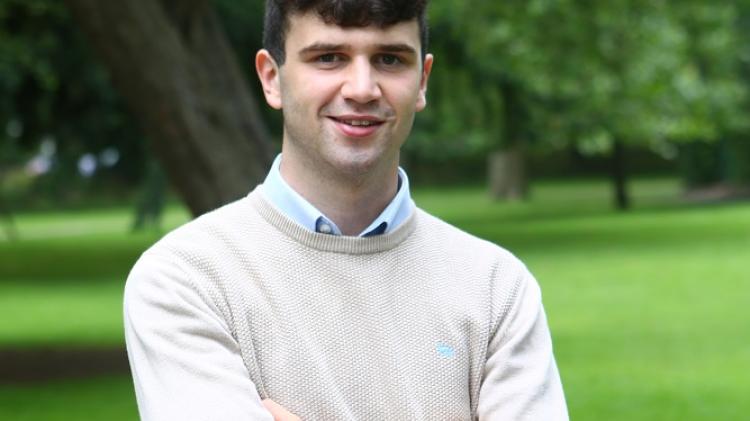