Huge boost for baby Livie campaign - but the circumstances are heartbreaking 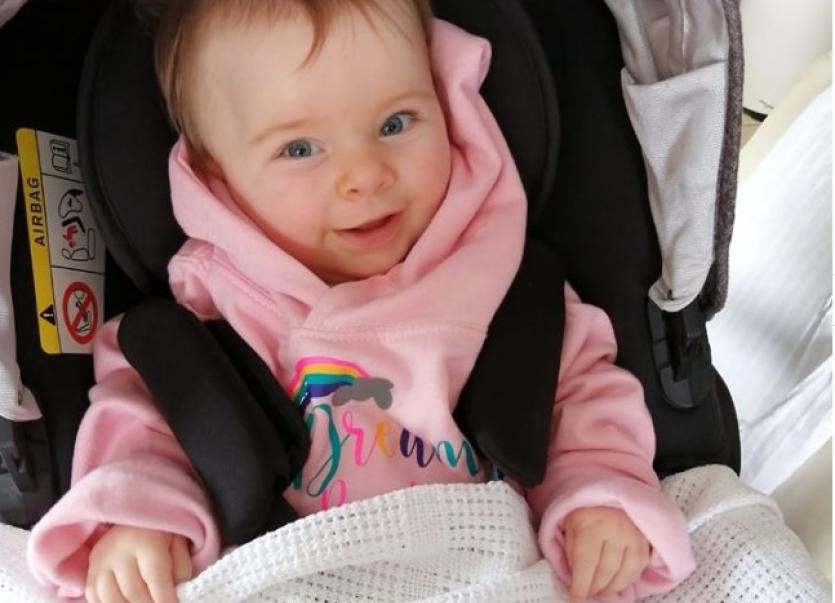 The campaign to raise €2m to bring a Donegal Town baby to the US for life-saving treatment has received a massive boost.

But it came about in absolutely heart-breaking circumstances.

Livie Mulhern’s family was told by another family whose son Dan has the same condition that they will pledge €1m from their fund to Livie. That is because Dan's family received the devastating news that he is no longer a candidate for the immunotherapy treatment.

10-month old Livie suffers from Spinal Muscular Atrophy (SMA) Type 1. Children suffering this degenerative condition have little chance of surviving beyond their second birthday. Livie’s family has been working relentlessly to raise €2m for treatment in the US and have recently passed the €500,000 mark.

A similar campaign has been running for Laois tot Dan Donoher, and more than €3m had been raised. However, Dan’s latest pre-treatment screening showed that as a result of a virus, he had developed antibodies that would stop the treatment from taking effect.

As well as donating €1m to A Better Life For Livie, Dan’s family have in the midst of their own heartbreak made sizable donations to support other SMA Type 1 sufferers.

Livie’s parents Karen and Keith said: “Our hearts go out to Niall, Aisling and little Dan Donoher. We are blown away by their pledge to help little Livie. It just shows what incredible people they are, that they would look to help others so soon after what they have been through.

“We are still a long way away from raising enough funds to pay for Livie’s treatment. We are praying that Niall and Aisling’s generosity will inspire others to help give a better life to Livie.”

The family is now appealing to  people to help them reach their €2m target in time for Livie's first birthday in August. Her condition is deteriorating and the sooner she gets the treatment, the more effective it will be. Furthermore, she is only eligible to get it before her second birthday.

More information on  upcoming fundraisers can be found on Facebook at A Better Life For Livie.

One such fundraiser which everybody can join is Go Pink For Livie where people all over the country are invited to organise events in their own community. On August 2 participants dress in pink, then walk or run the event and donate. People are encouraged to post their photos on social media with the hashtag #gopinkforlivie

€450,000 still needs to be raised, but with the unexpected €1m from the Donoher family, the €2m target has come much closer. Every donation whether big or small represents a step forward for little Livie, and a step closer to the life that treatment with the drug Zolgensma could give this beautiful baby girl.

Donations to A Better Life For Livie can be made via

Read next: Do It For Dan committee announce heartbreaking news