The girls from Donegal, Leitrim and Fermanagh travelled to Australia during the famine 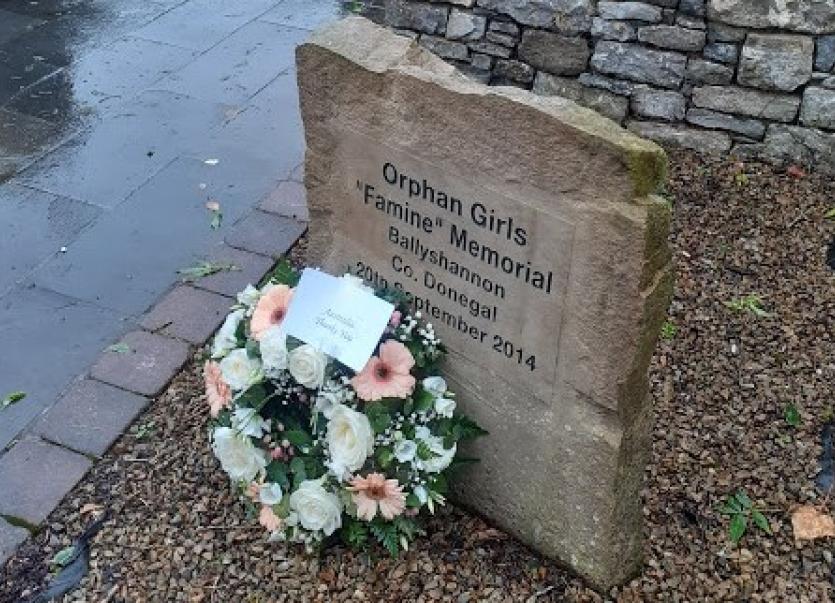 As part of his visit to Donegal, the Australian embassy's Head of Mission laid a wreath at the memorial to 19 orphan girls who were shipped to Australia during the famine.

Mr Robert Owen-Jones visited the Ballyshannon memorial on Monday. He expressed gratitude to the Ballyshannon community for remembering the girls who left the Erneside town and made new lives in Australia.

He laid a wreath at the memorial on behalf of the Australian people.

Unveiled in 2014, it names the 19 girls who were from Ballyshannon, Belleek and Kinlough.

Records show that the orphan girls aged between 14 and 18 were in the Ballyshannon workhouse.

Under the Earl Grey Scheme they were brought from Ballyshannon to Dublin and on to Plymouth. In November 1848 they boarded the Inchinnan and set sail for Australia.

They arrived in Sydney, each reportedly with a bible and a sea chest.

Anthony Begley spent many years researching the story of the 19 orphan girls and managed to trace their descendants. A number of descendants have visited the memorial which includes the name of each girl on walls surrounding  a famine pot.

More information and photographs of the girls’ lives in those of their descendants can be found in Mr  Begley’s book From Ballyshannon to Australia. The book can be found at ballyshannonorphanmemorial.wordpress.com

Read next: Australian ambassador lays wreaths at grave of young Donegal woman who died in Melbourne