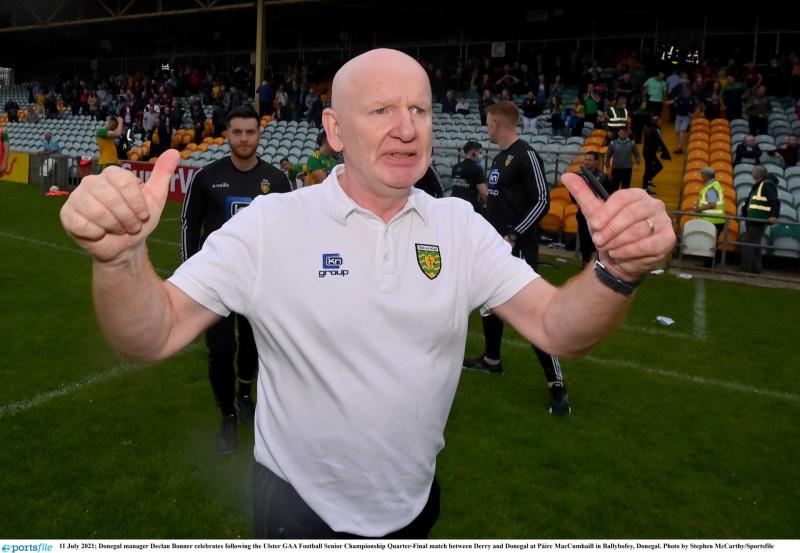 The Donegal County Board have confirmed that Declan Bonner has put his name forward to continue in the role of senior team manager.

Bonner had a three-year agreement with an option of an extra one, which was carried out this year and at tonight's county committee meeting has confirmed his intention to lead Donegal for a other term.

Seeing the position is open, other applicants can put their hat into the ring by this coming Sunday.

A county board statement reads: "Declan Bonner, Donegal’s senior team manager for the last five years, presented his report to County Committee at their virtual meeting tonight, Wednesday, August 25th.He also advised he was putting his name forward to seek a new term and continue in his role as Donegal Senior Team Manager.

"The position is also now open to others to apply and clubs have until 5pm on Sunday August 29th to advise the County Executive about any candidate they wish to propose."

Bonner, in his second term as manager, took charge in late 2017 and won the Ulster SFC in each of his first two campaigns, 2018 and 2109 before losing the 2020 decider to Cavan. This year Donegal were beaten by Tyrone in a 0-23 to 1-14 scoreline in the Ulster semi-final in Enniskillen.