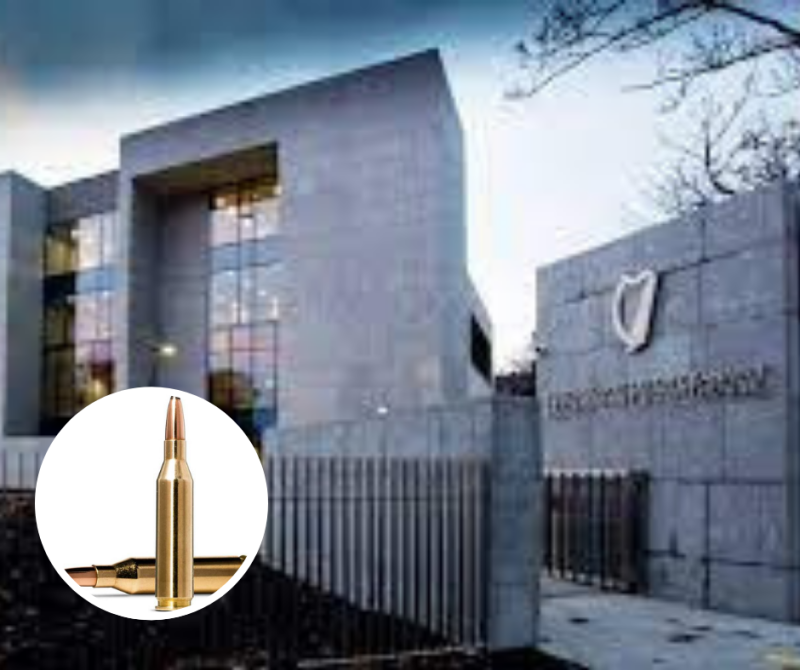 A man who was given gun cartridges, including on live round, as a ’souvenir’ of a day out shooting has been given the benefit of the Probation Act.

Ciaran Garrett (36) of The Gardens, Ballymacool, Letterkenny, was charged in relation to offences on May 14, 2020.

After being stopped by Gardai, a procedure was carried out at the roadside and Garrett was arrested before being conveyed to Milford Garda Station.

A search of is property located a quantity of drugs and ammunition.

Cannabis to the value of €50 was found and a trace of cocaine, valued between €5 and €10, were found, Sergeant Gerard Dalton told Letterkenny District Court.

Four discharged rounds and one live round of .243 Winchester rifle ammunition were also located.

“There was nothing untoward here,” defence solicitor Mr Kieran Dillon told the court.

“He was along with someone who was licensed and was out shooting. He was given these as some sort of souvenir of his day out, He was fully cooperative and engaged fully with the Gardaí.”

Mr Dillon said his client was a 36-year-old electrician who was going through a bad time. He was on call and the drugs, he said, were a means of ‘self medicating.

“He was stressed out,” Mr Dillon said.

For the firearms offence, Judge Raymond Finnegan applied the Probation Act for Garrett, who has no previous convictions.

Road traffic offences from the same incident are to be dealt with at a hearing fixed for November 17, 2022.