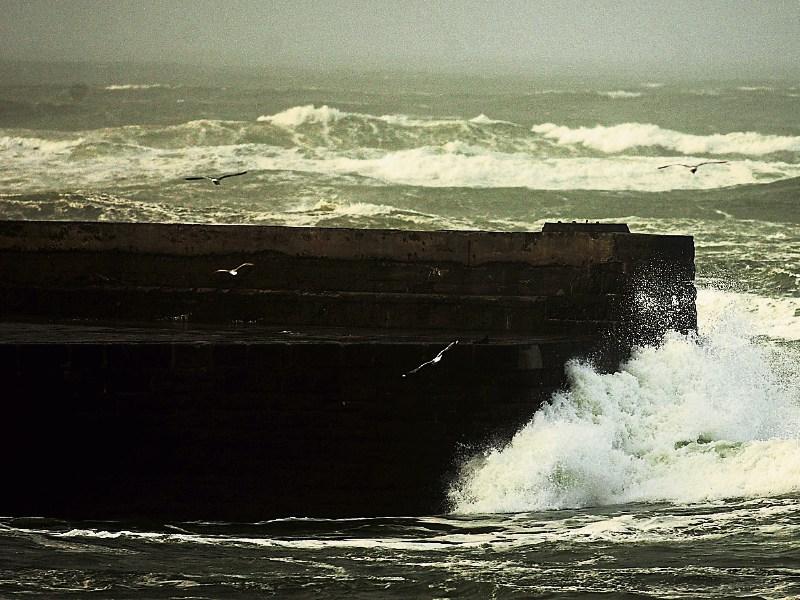 Warnings have been issued for dangers of strong winds with Donegal set to be hit by Storm Arwen on Friday and Saturday.
Met Éireann has issued a weather warning for strong winds for Donegal, Sligo and Mayo. The forecaster is warning the storm will bring large coastal waves, fallen trees, disruption to power and transport and snow on high ground. Warnings are also in place for all of Northern Ireland.
Arwen, named by Met Éireann and the UK’s Met Office, is the first named storm of the 2021/22 season.
The RNLI is urging people to take extra care over the coming days as strong winds and large seas are expected during Storm Arwen which is forecasted to make its approach from the early hours of Friday morning.
The charity is urging people to exercise extreme caution if visiting the shoreline, especially along exposed cliffs, seafronts and piers.
Kevin Rahill, RNLI water safety lead said the storm could make visiting coasts treacherous and bring very dangerous sea conditions. “The RNLI would advise people to stay out of the water during these stormy conditions,” he said.
“Swimming in large waves and rough seas can be dangerous where currents can drag someone away from the shore and in addition to that, the rough weather can make it difficult to spot someone in the water should they get into difficulty. Large waves can also make exiting the water difficult and increase the risk of injury.

"While stormy conditions may be tempting to watch, it is important to remember the sea is very dangerous and unpredictable and big waves can easily knock you off your feet. We would urge people to stay well back from the edge to avoid being swept in by large waves crashing over rocks and piers. As well as the risk of being swept into the sea, large waves can often undermine cliff edges and make them unstable. If you think someone is in danger, please dial 999 or 112 and ask for the Coast Guard.”