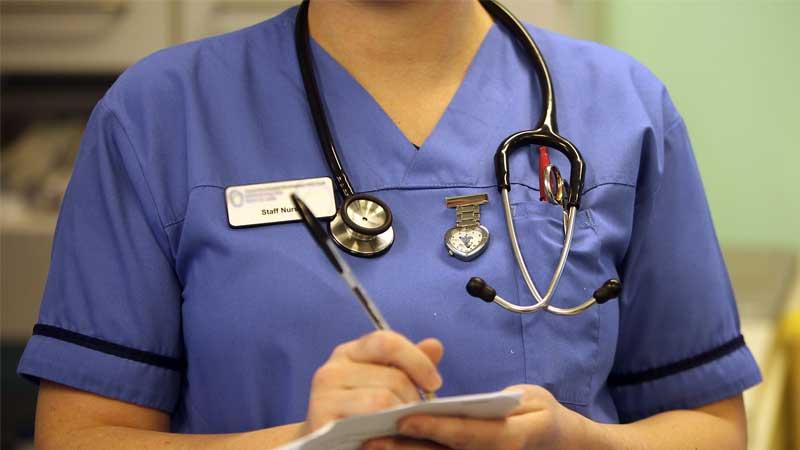 Nursing staff at Letterkenny University Hospital are under more pressure than they were a year ago, the Irish Nurses and Midwives Organisation (IMNO) has said.

Ongoing pressures staff are facing at the hospital are leading to increasing numbers considering leaving the profession or seeking jobs elsewhere, the union’s representative in the north-west has said.

INMO industrial relations officer Neal Donohue said the staff at the hospital are under “tremendous pressure” and are finding the situation “much worse” than it was under the Covid-19 wave in January last year.

What has compounded the situation for staff is that the pressure has been going on for a prolonged period of time.

“They are so burnt out at this stage, they are really struggling and a lot of people are contemplating either leaving the hospital itself and looking for jobs elsewhere or leaving the profession altogether,” he said.

“The Letterkenny hospital has had exceptionally high levels of Covid from the beginning and the staff there have endured a very, very difficult time.”

He said staff at the hospital are taking care of more than 20 patients each at a time.

“That is completely unsafe, it is not sustainable. If you think of the stress that creates for a member of staff - it is not just the extra workload. It’s the guilt and fear that something is going to be missed and somebody will end up suffering as a result.”

Staff at the hospital are “fearful” about practise concerns and the compromise of care and are “struggling to get breaks,” he said.

“They are at their wit’s end and a number of people are saying they cannot sustain this any longer and they are going to have to look at alternative work if this is the way they are expected to work.”

The hospital is very pressured, he said. “All the hospitals [in the Saolta group] are struggling but you can see that  Letterkenny University Hospital is very close to the levels we see at Limerick which is notorious for very high levels of patient attendance and the workload that people have to carry.”

He said while Omicron is a milder disease, hospitals are still struggling to deal with the number of patients attending.

While the hospital has deferred some surgical procedures due to the pressure it is experiencing, there needs to be more use of private services, he said.

“What we are hearing from members is that the longer people put off these surgeries, while they may not be an emergency today, they could become an emergency, and that is happening.”

He said that the most recent figures show 46 nursing staff left the hospital in an eight-week period, leaving 65 nursing vacancies.

While there is a lot of work going into recruitment “the problem is they seem to be losing people at a faster rate”.