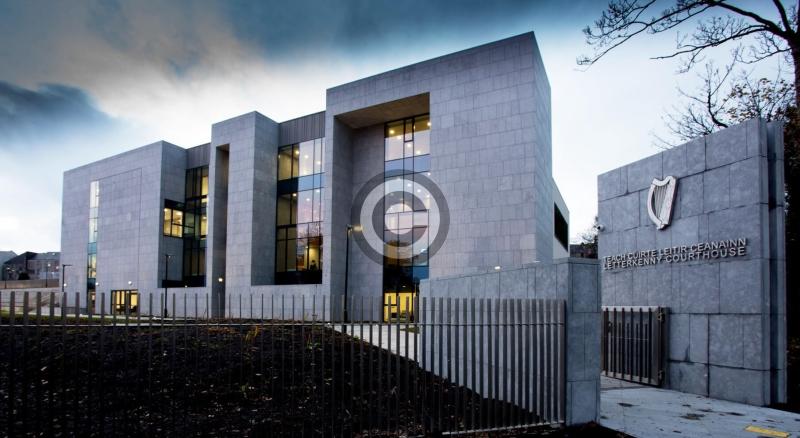 The turning ability of a car in which a 19-year-old Donegal man died in a road traffic collision was “seriously” inhibited by two bald tyres, an inquest into his death has heard.

Martin Strain died in a single-vehicle collision in Tooban, Burnfoot on August 23, 2015 when the car he was a front-seat passenger in left the road.

Mr Strain was one of three people travelling in a Volkswagen Golf from Buncrana towards Burnfoot on the night of the collision. The driver, Evan Quinn and Mr Strain’s girlfriend of two years, Kayleigh Fullerton, a back seat passenger, were injured.

The inquest at Letterkenny Courthouse heard that driver action could be attributed to the collision.

Mr Quinn received a suspended sentence in May 2019 after pleading guilty to careless driving causing death.

'Being in the air'

The trio were travelling to Martin Strain’s house in Burnfoot. She said she “must have fallen asleep” and then remembers “a feeling of being in the air”. She does not remember hearing any noise and added how she “didn’t feel like anything bad was going to happen”.

Ms Fullerton added that she did not remember the car swerving or going too fast but remembers Mr Quinn “screaming for help”. She does not remember anything until a few days later in hospital, when her brother told her Martin had died, which she did not initially believe.

Ms Fullerton sustained a number of injuries and spent six days in intensive care and seven days in the high dependency unit.

In his deposition, Mr Quinn, of Meenagory, Buncrana, said he had texted Mr Strain earlier in the evening and they decided to just “drive about instead of drinking”.

He remembered being in the Atlantic Bar, playing pool and also being “pulled over by the guards” who asked him why he was driving so slowly. He said he replied it was “better than going too fast”. He remembers leaving Libertys and it was “lashing rain”. He does not remember anything afterwards until he regained consciousness in hospital, where he was told Mr Strain had died.

Gda Killian Callaghan was on mobile patrol and was on his way to Buncrana from Newtown. It was raining heavily and had been for a couple of hours. There was also “quite a lot of surface water and driving conditions were poor”.

He was flagged down by Gavin Brown who, along with his front seat passenger Dean Lynch, had come across debris on the road in Tooban at around 4.40am.

Garda Callaghan called for assistance and said he saw Mr Strain lying on the ground, motionless, with no signs of life.

Mr Quinn was trapped on the driver’s side, with the seatbelt around him. He was able to talk and was shouting, “let me out”. Ms Fullerton was also able to talk and both were reassured that help was on the way.

Garda Damien Mulkearns, PSV Inspector, told the inquest the car  had sustained “massive damage over the entire body”. He found that the vehicle’s suspension, steering and braking were all in a serviceable condition. The front tyres were also in a serviceable condition, but the two rear tyres were “almost completely bald”. The front passenger seatbelt was locked in a rest position and buckled and cut and all seatbelts were available. No airbags had been deployed.

Coroner Dr Denis McCauley asked Garda Mulkearns what effect the worn tyres would have had on the car’s performance. Gda Mulkearns replied that, in wet conditions, they would “seriously inhibit” the turning of the vehicle on a left hand bend.

“A rear grip is essential to keep the car on the road, but the rear tyres were completely bald.”

Garda Gerard McCauley, forensic collision investigator, visited the scene on the morning of the collision. He noted “very brief” tyre marks on the left-hand verge coming from the Fahan direction. The road was an 80km/h speed limit, leading on to a 60km/h limit near where the collision occurred.

Garda McCauley said the car had drifted on to the left hand verge as it went around a bend and the driver got it back onto the road. However, it lost control and went into a “clockwise spin” before travelling across the road where it impacted with a kerb, a timber bus shelter, a metal lampost and tree, before “spinning violently” and coming to rest. The engine was ejected on impact and the car sustained “catastrophic damage”.

Garda McCauley said his investigations showed the road was giving “good grip” even though it was wet. He said he could not give an accurate speed at which the car was travelling as it had ‘rotated’ across the road and therefore did not leave deep skid marks, but he said he was “confident” it was travelling above 80km/h.

He said driver action could be attributed to the collision and said the driver “inextricably entered a grass verge and triggered a chain of events”. Speed would also have to be considered a factor and while exact speed could not be determined, braking distance at 80km/h should be 40 metres. Mr Quinn’s car travelled 120 metres from the grass verge to where it came to rest.

Dr McCauley determined that Mr Strain died from multiple injuries sustained in a road traffic incident and outlined how a verdict was reached in a court case in the Circuit Court and he “cannot interfere with that”.

Dr McCauley expressed his condolences to Mr Strain’s family and said it was his understanding he was a “good lad” and he had heard “many positive things” about him. He also thanked those on the scene of the collision on the night, as well as the emergency servcies. Condolences were expressed on behalf of gardaí.

Solicitor Pat McMyler, acting on behalf of the Strain family, expressed gratitude to the people who tried to help at the scene on the night and assisted gardaí. He said that Martin’s family outlined how he was “much loved” by anyone and everyone who “had the pleasure” of knowing him. He described him as a “delightful young man who was full of joy”  and also highlighted his family and friends had shown a “level of consideration and forgiveness throughout”.