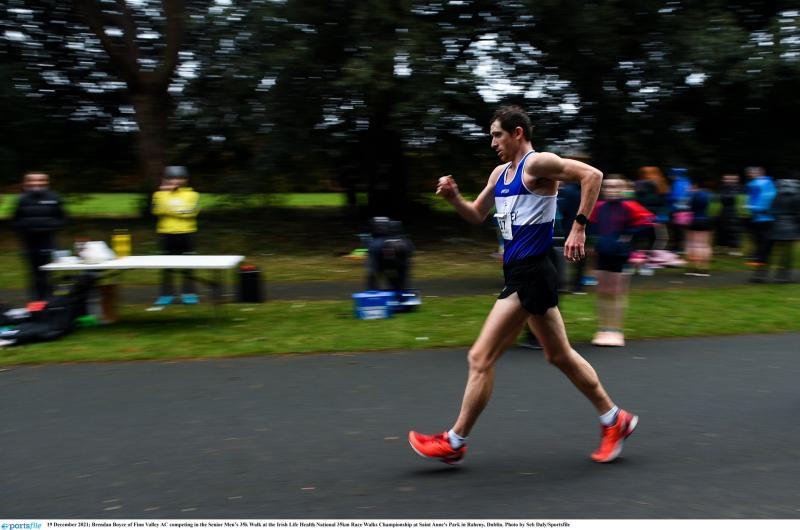 The Finn Valley AC race walker is competing now at a shorter 35k distance after the IOC abolished the 50k race walk event.

Boyce made his debut over 35k last Sunday and qualified for the World Championships.

In May, Boyce was ninth in the men’s 50k at the European Race Walking Cup in Podebrady, Czech Republic.

At the Olympic Games in August, Boyce delivered a superb performance to secure a tenth-place finish in the men’s 50k race walk.

Boyce finished in 3:53:40, making up two places over the final 5k of a gruelling, punishing event to finish inside the top ten.

Last Sunday in Dublin, Boyce competed over the shorter distance for the first time and a 2:32:49 finish meant qualification for the 2022 World Championships in Eugene, Oregon.

Perseus Karlstrom from Sweden, who was the bronze medalist at the 2019 World Championships, won last weekend’s event, a bronze level event of the World Athletics Race Walking Tour.

Karlstrom is at the top of the world rankings heading into 2022 with Aleksi Ojala from Finland in second.

Boyce is in front of Alexandros Papamichail from Greece.