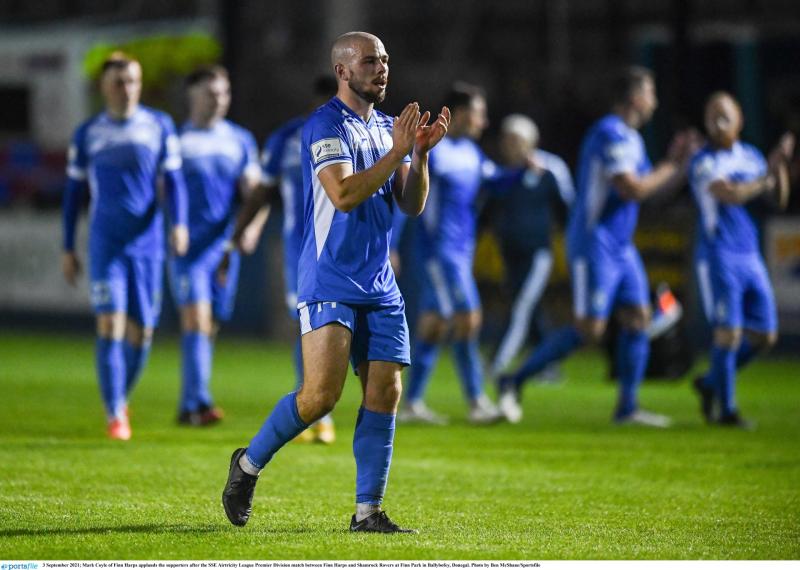 It was past 10.30pm on a spring night and an exhausted Mark Coyle was off to start a day’s work.

Well, in this case, a night’s work.

Coyle had just played 85 minutes of Finn Harps’ opening game of the Premier Division campaign, a 1-0 win over Bohemians at Finn Park.

Others would go home to put the feet up, but Coyle, a Medical Scientist in the Pathology Department of Letterkenny University Hospital, had the crust to earn.

Barry McNamee, a porter in LUH, was off in the same direction.

It was an image that lived on during their season of toil as Harps battled their way to Premier Division survival.

Coyle was Harps’ Player of the Year and when the phone call came from Damien Duff, the new Shelbourne manager, offering the chance of full-time football, Coyle just had to bite.

“The playing career is short,” he says.

“I’m lucky enough that I was able to do, but I would be lying if I said it wasn’t tough.

“That’s something that really excites me about the full-time football now. I really want to see how much I can improve again. I’ll keep the work rate and the desire. Without that mental stress, I’m hoping I can improve.” 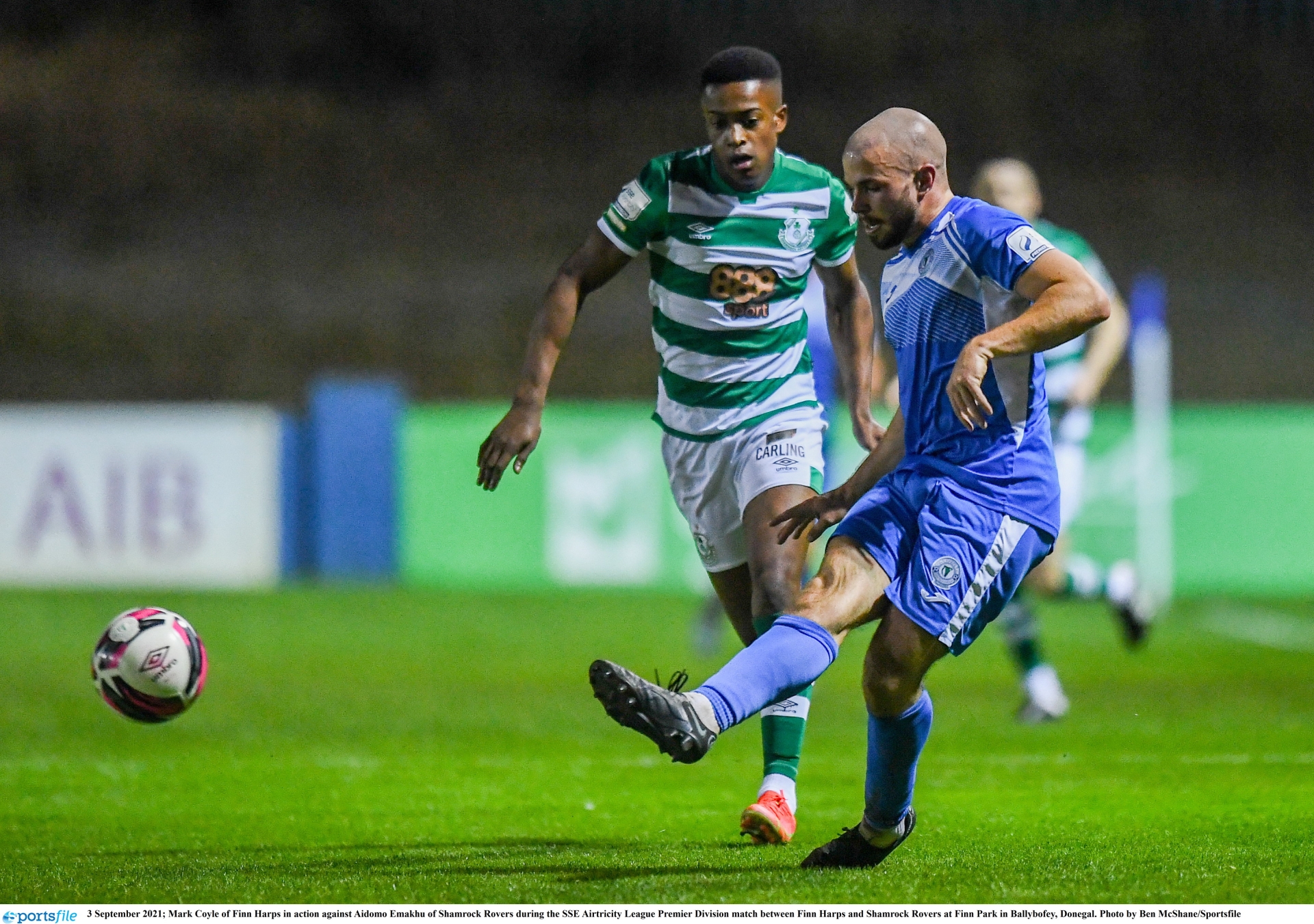 Coyle has been supported fully by his bosses at LUH, who have allowed him a career break to pursue his sporting interests. It is something he is deeply indebted for, not to mention the various supports throughout the season just gone.

“The mental stress all adds up,” Coyle says.

“My family would have seen the stress. At those times, the thoughts of full-time football would be there.

“Getting player of the year was a nice way to end the year with Harps. It was like recognition of the hard work, but that really made me think about seeing how the full-time football would go. That was as far as it went until the phone call from Shelbourne came.”

Coyle qualified as a Medical Scientist from NUIG in 2019 after spending four years of traipsing the N17.

His role at LUH, in the Pathology Department, better known to the layman as the ‘lab’ involved the testing of bloods and other such examinations.

It was demanding, but Coyle embraced it with the same vigour he approaches his football.

The full-time job certainly added to the complications when his mind spun in the moments after Duff’s approach. 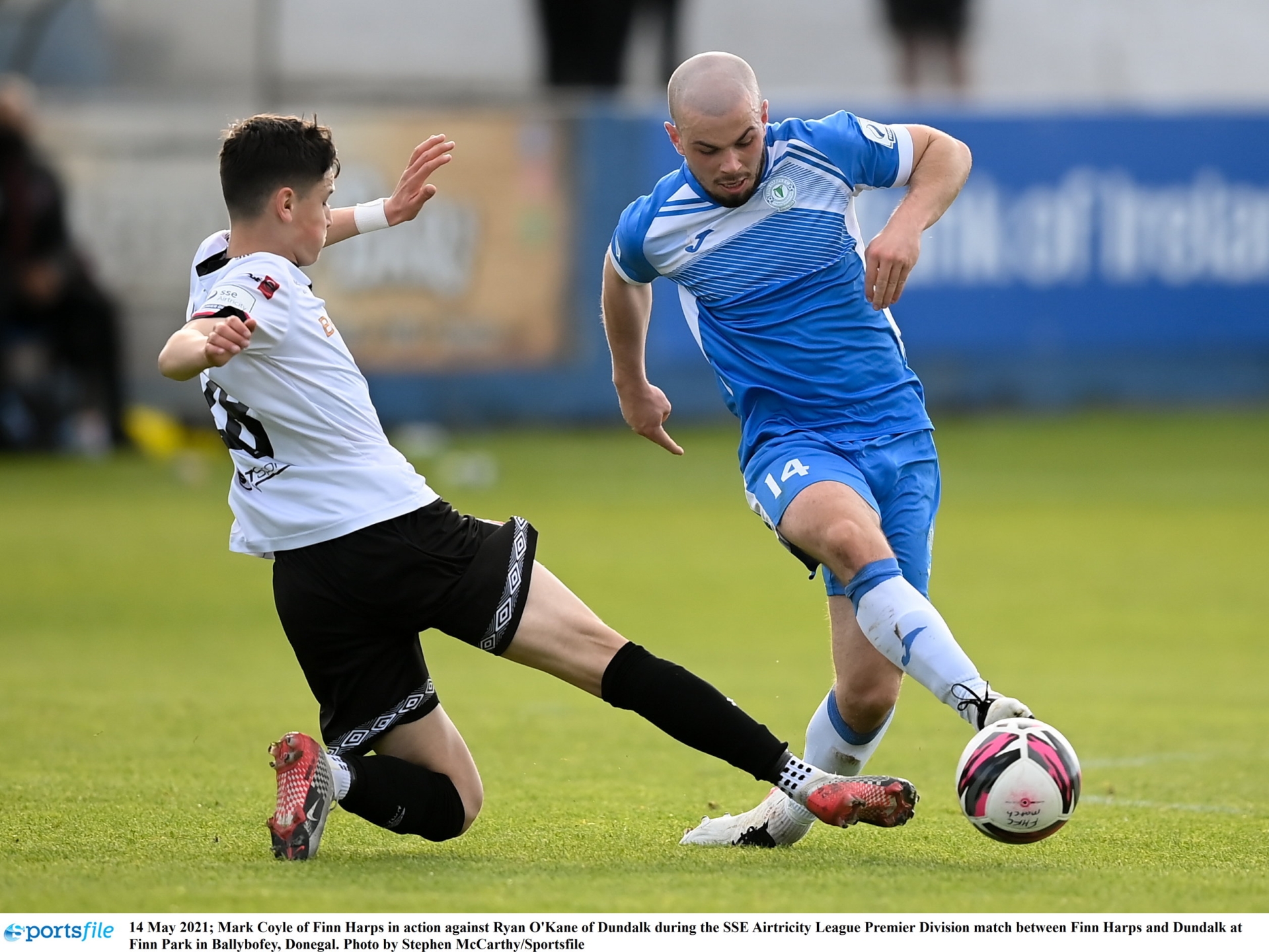 “People don’t really realise how difficult the decision was,” he says.

“It’s a huge change from working and playing football to leaving my job and leaving home to go and play full-time football.

“it was a lot to consider, but it was basically a chance I felt I couldn’t miss.

“When these chances arise, you have to take them. It’s a big decision and a big move.  I discussed it with my family and it is the best thing for me at this time. I have to give it a go.”

A boyhood Harps fan, the 24-year-old admitted that leaving Finn Park wasn’t something that was taken too lightly either.

“I have been watching Harps since I was a young boy,” he says. “I was even mascot once or twice. I walked out with Kevin McHugh one night. I remember being at Finn Park when it was packed the whole time.” 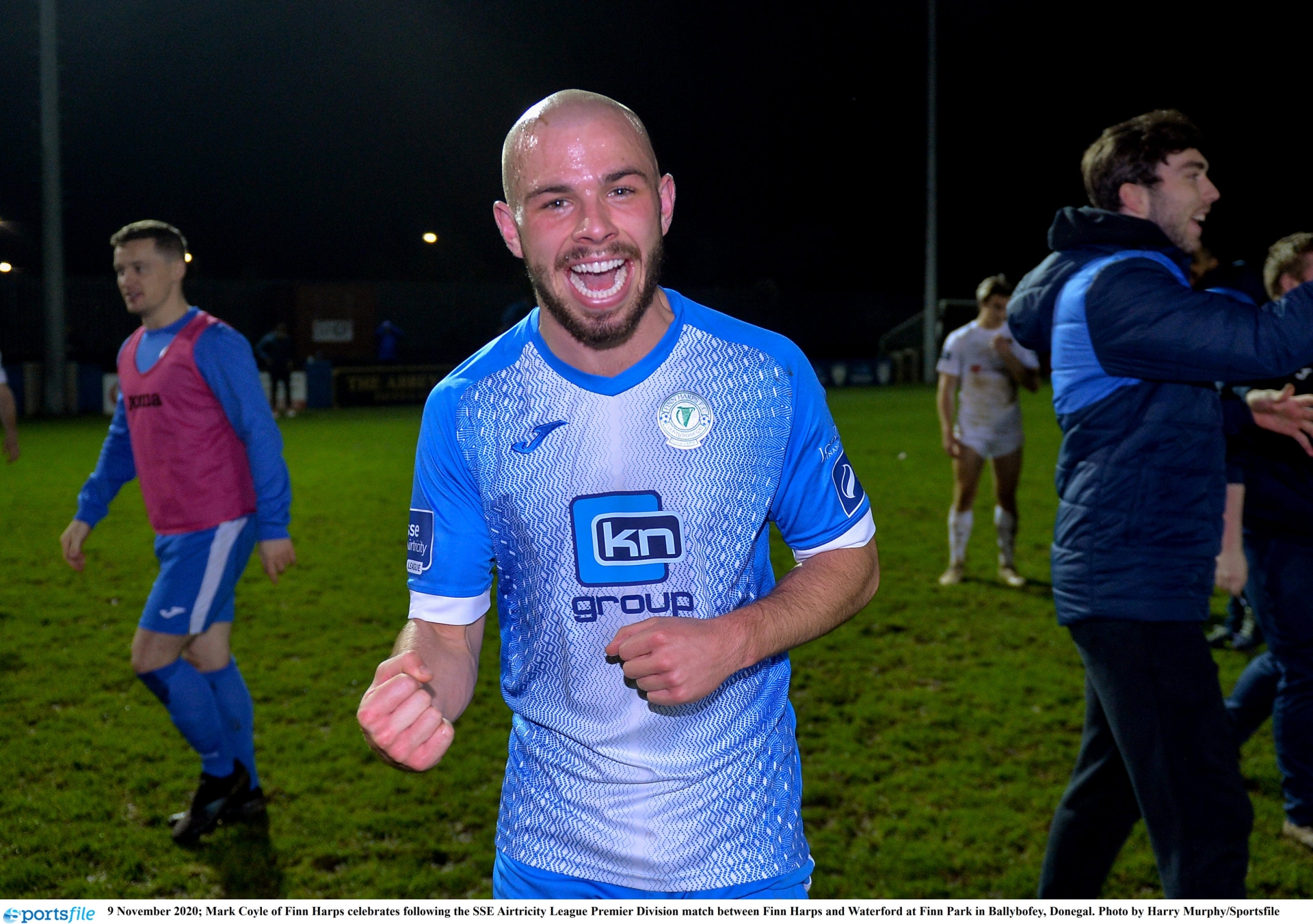 Duff, a two-time Premier League winner who was capped 100 times by the Republic of Ireland, will manage Shelbourne in 2022 after taking over at Tolka Park recently.

“I grew up watching Damien Duff so it was a bit weird to be contacted by him,” Coyle says.

“It’s an exciting opportunity.  I’ll be learning under Damien Duff and Joey O’Brien, who have heaps of experienced at the top level.

“I want to see how much I can improve when I’m fully focussed on the football.”

You have to go back to 2014 and a low-key away game in Wexford for Coyle’s Harps debut. He was part of the club’s under-19 squad then.

A brief spell away at Cockhill was followed by another Harps return until the GAA”s lure raised his eyebrows. Then based in Galway, he trained for a few months with the Rory Gallagher-managed Donegal.

“I just thought that I may as well give it a crack. I was traveling up and down from Galway at the time. It was tough.”

Coyle says he simply lost his love for football.

The passion was rekindled when he signed for Ulster Senior League kingpins Cockhill Celtic and it wasn’t long before Ollie Horgan earmarked the man he wanted in his engine room.

“That dressing room in Cockhill is one of the best I’ve ever been in. The actual standard of training and things in general was nearly as good as senior level. The standards, the craic, they all play a part. Gavin Cullen instilled a lot of confidence back into me again. I scored a few goals and was playing well.

"It sort of just snowballed from that and I decided to give Harps another crack.

“The few years away, you don’t realise what you can lose of your touch, the picture in your head even. The more you play, the more you get it back. The step up was big initially. I didn’t expect it to be as big.

“You have to work and you have to listen. I can’t speak highly enough of Ollie. He gave me that chance to come back.”

Coyle played 34 times for Harps in 2021 after an off-season when he worked hard on himself.

Duff spoke of a player with ‘amazing desire and hunger’ who ‘wears his heart on his sleeve’.

With his focus now fully on his game, it’s easy to see why he speaks with such excitement about his move to the capital.