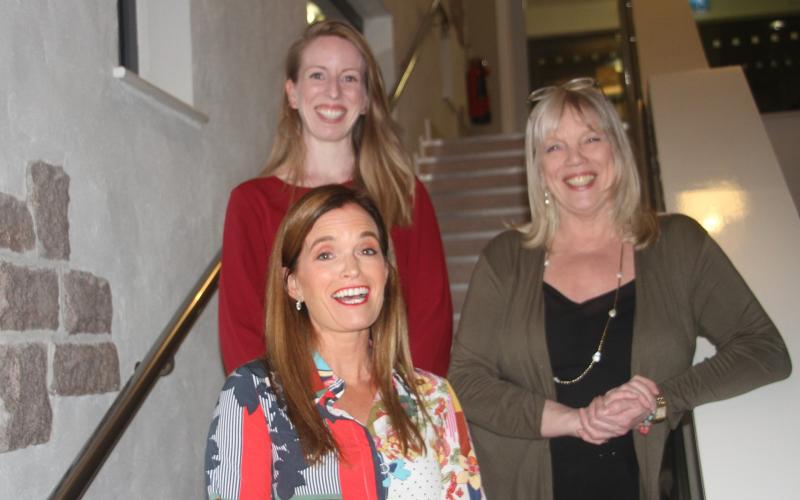 Marian Bradfield made a long-overdue return to the stage to whisk your hearts and souls away with her storytelling, songs and music at St. Patrick's Parish Centre in Donegal town

Sharing some of the newer music as well as some of those soul songs you know so well, she was joined on stage by Val Monteith on ukulele bass to add a new path and more colour to the music experience.

And the news doesn’t stop there! Ralph Jarrells launched his new book at the event, which we are terribly excited about as well! It tells the tale of Anne Bonney, the first female pirate noted for her vicious Irish temper and fiery green eyes.

Marian is a well-known lover of the arts in Donegal - storyteller, a poet, a designer who over the last few years opened her own studios "Parchment and Verse " where she could write a very appropriate piece for whatever the occasion and in her beautiful penmanship reproduce it on a beautiful traditional parchment.

Marian was joined tonight by her daughters Edith and Jenny, grandchildren Sophia and Brody and son in law Conor.