Creeslough twins present Friends of LUH with €23,000 after fundraising drive 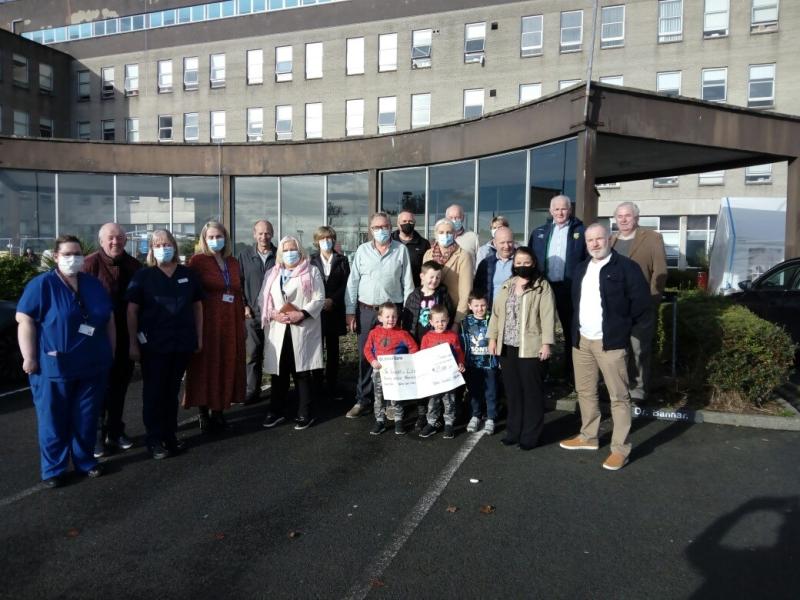 Young Creeslough twins Caiden and Cian McFadden presented the Friends of Letterkenny University Hospital with over €23,000.

The money represents a series of fundraisers undertaken by family and friends of Caiden and Cian.

Their parents, Mark and Tresa, work colleague and friends sought to make a contribution to the Neo Natal Unit in LUH in recognition of the excellent care Caiden and Cian received after being born 10 weeks prematurely.

The boys spent five weeks in the Neo Natal Intensive Care Unit at Hollis Street Children’s Hospital before being transferred to Letterkenny where they spent a further three weeks.

One of the standout fundraisers was a 260km sponsored walk around Donegal by Davy Cowan, a former League of Ireland footballer with Athlone Town and a hockey player with Raphoe Hockey Club.