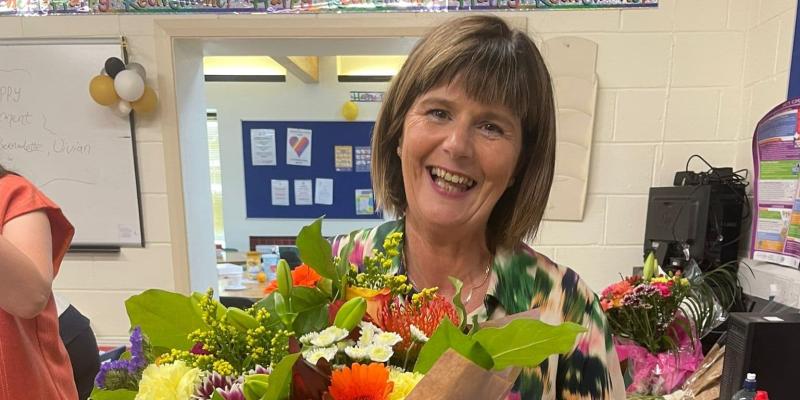 Letterkenny woman Mary Gibbons has retired after a 40-year career of teaching in one school.

Originally from Kilmacrennan, the maths and English teacher began working at Deele College in Raphoe shortly after she graduated in 1982.

The school had an enrolment of about 300 pupils when she joined the staff and that has more than doubled in Mary’s four decades there.

It also mostly consisted of prefabricated buildings and there have been substantial building additions since the mid-1980s.

As well as teaching, she was appointed an assistant principal in 2005 and also took on the role of transition year coordinator.

“That was a whole new thing for the school and for me and thankfully it was successful and has grown ever since. It opened a lot of avenues for the kids as there was no exam pressure and they were able to do a lot more things.”

The biggest change in her teaching career has been the introduction and development of technology in the classroom.

“When I started it was just a blackboard and chalk. There have been huge changes and now everything is at your fingertips and is online.” 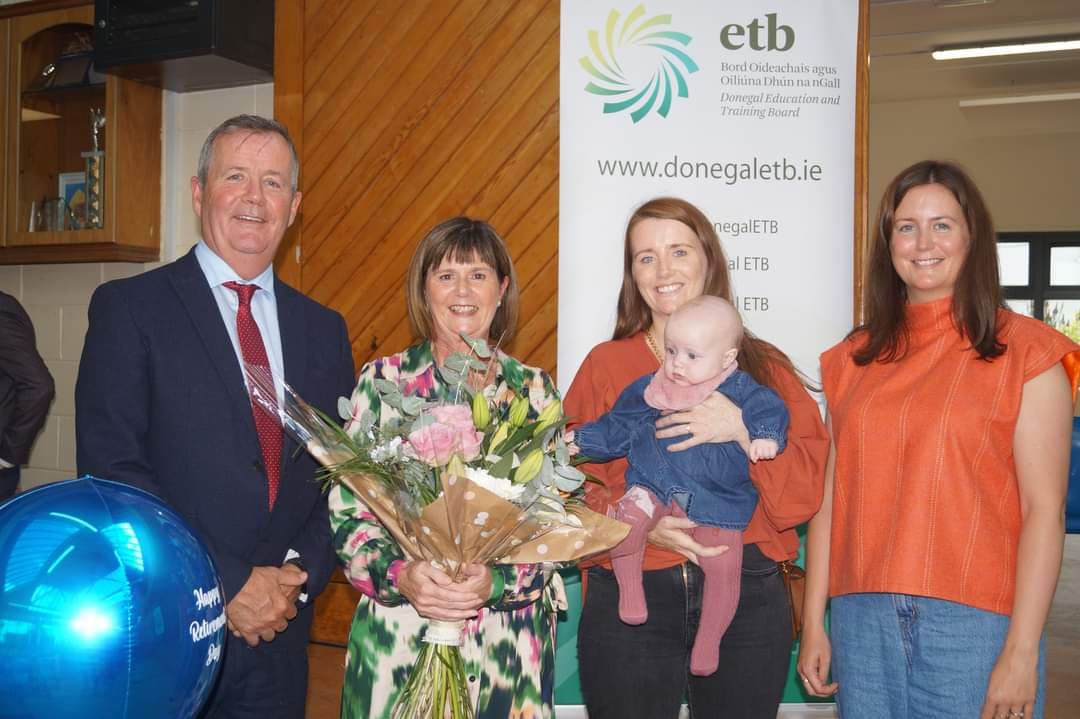 Mary Gibbons, second from left, on her last day on the staff of Deele College with her husband Michéal Gibbons and daughters Niamh Gibbons and Eimear Gibbons Harte and her granddaughter Hannah Sheerin

Mary stayed in Raphoe due to how at home she felt in the school and the local community.

“I was lucky to get offered the job in Raphoe and little did I think 40 years later I would still be there. I stayed there because the staff and the students and the whole local community made me feel very welcome over the years and I was very happy there.”

Highlights for her include the school shows and prize givings “which helped integrate you into the local community because those things don’t happen without the support of everybody”.

She returned to the school after the summer for the first two weeks of the school year ahead of her retirement date of September 10.

“It was nice to see everyone and  see how the new year was starting out for them.”

The biggest thing she will miss is her colleagues and the students.

“The students were always great because they kept you young at heart all the time and I definitely will miss them because over the years it was lovely when you got a class in first year and you take them right through to sixth year because you get to know them so well.”

Her 40 years at the school was as much a learning as a teaching experience, she said.

“I learnt as much as I taught at the school from all the mentors on the staff over the years. A lot of the colleagues I had have left but I learnt a lot from them in the early days.”

Mary is looking forward to spending more time with her own family, including her children Emiear, Áine, Niamh and Conor and her three grandchildren. With Áine living in Singapore and Conor in Dubai, she is planning visits with her husband Michéal who will be retiring as principal of Coláiste Ailigh in Letterkenny in October.

She joked that her car could almost drive the journey to Raphoe on its own, and although she won't be as regular a visitor to the town, she very much intends to stay in touch with the school.

“I will stay in touch and I wish everyone there all the best in the future.”