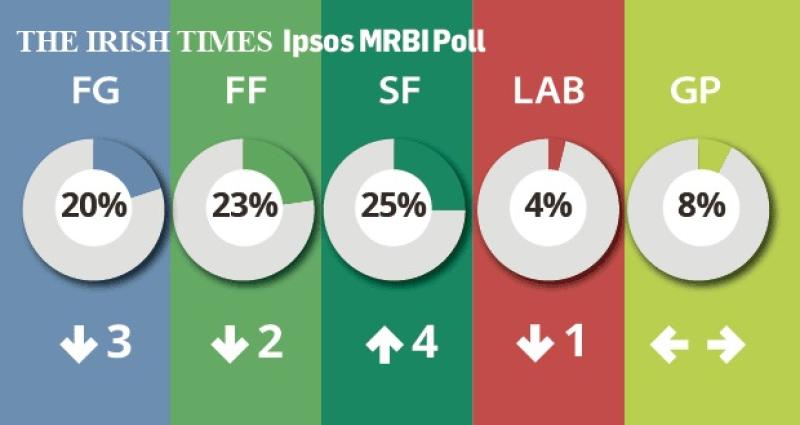 Fianna Fail and Fine Gael have both lost ground

Sinn Féin is the most popular party ahead of this week's General Election,  according to the final Irish Times/Ipsos MRBI opinion poll of the campaign.

The findings of the poll, which was taken on Thursday, Friday and Saturday of last week, will cause more concern for Fine Gael.

However, Fianna Fáil remains the most popular choice for government, with more voters expressing a preference for a coalition government involving that party than any other.

The final leaders’ debate, which will now include Sinn Fein leader Mary Lou McDonald along with Taoiseach Leo Varadkar and Fianna Fail leader Micheal Martin, is on RTE tomorrow.

In the Donegal constituency, Sinn Fein is firmly on track to win two seats in the five-seater.

For more on the Irish Times poll, which will be published in tomorrow's print edition, see HERE