At a glance - the Donegal constituency tally figures 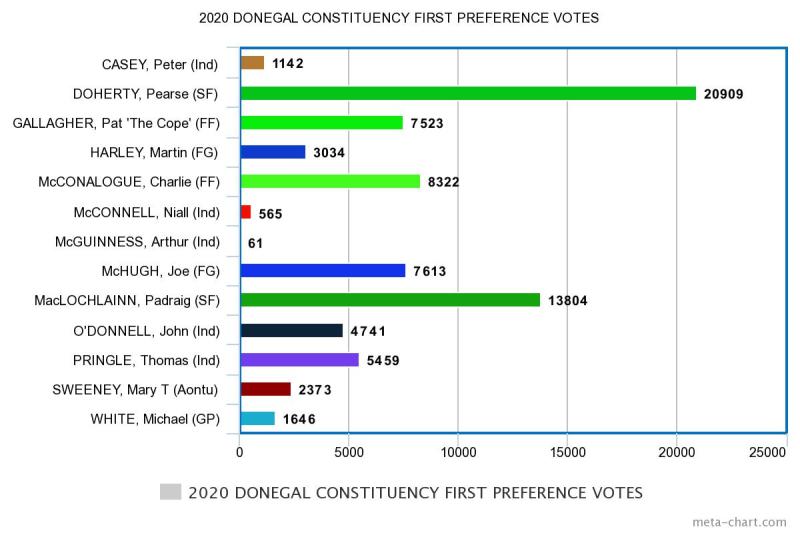 The first count is now underway in the five-seat Donegal constituency.

The figures in this graph show the final tally figures.

Sinn Féin's Pearse Doherty will top the poll with around 27% of the vote followed by his running-mate Sen. Padraig MacLochlainn who got just under 18%.

Fianna Fáil's Charlie McConalogue is almost 800 votes ahead of Pat 'the Cope' Gallagher while Fine Gael's Joe McHugh is in fifth.

The battle will be for the final three seats with the two FF candidates, McHugh and Independent Thomas Pringle set to battle it out.

The count is now underway.