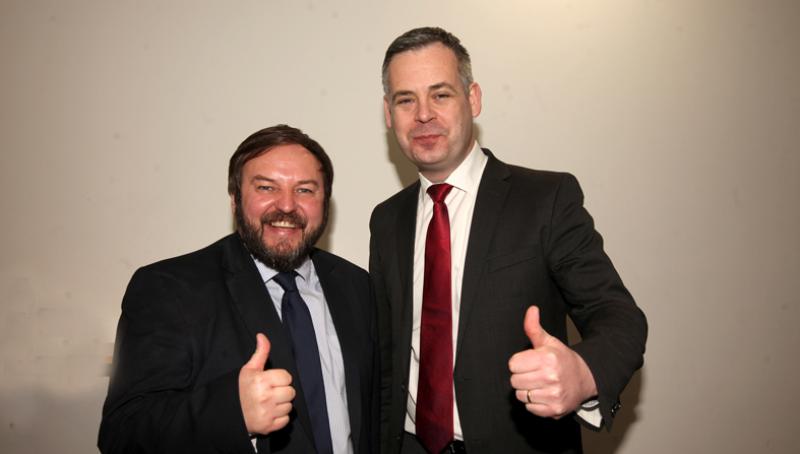 The national fall in support for Fine Gael and Fianna Fáil has been replicated in Donegal where the massive Sinn Féin vote inevitably has impacted on the outgoing TDs from the two main parties.
Sinn Féin’s vote has surged from 27.5% in 2016 to 44%, according to tallies.
The most significant drop has been in the Fianna Fáil vote in a county which traditionally has had strong support for the party.
The party's support has dropped from 31% in 2016 to 20% in 2020. The party’s agriculture spokesman Charlie McConalouge topped the poll in Donegal in 2016 with 12,507 first preferences. He has seen his vote fall by more than 4,000 to 8,322.
He polled almost 8,000 in Inishowen in 2016 but that fell to just over 5,000 this time.
In Letterkenny and Milford, his vote of just over 2,300 this time was down from 3,437.
His vote in the Donegal electoral area stayed largely the same while in Glenties his support fell from 245 to 130. In Stranorlar his vote fell to 408 from 544.
There has also been a drop in the vote of Fianna Fáil’s Pat 'the Cope' Gallagher from 10,145 to 7,523.
In Inishowen, his vote fell from 189 to 136 while in Letterkenny and Milford his first preferences fell to 816 from 909. In the Donegal electoral area his vote fell from 1,805 to 1,492 and in his own area of Glenties he has lost around 1,500 first preferences, dropping to just over 3,500.