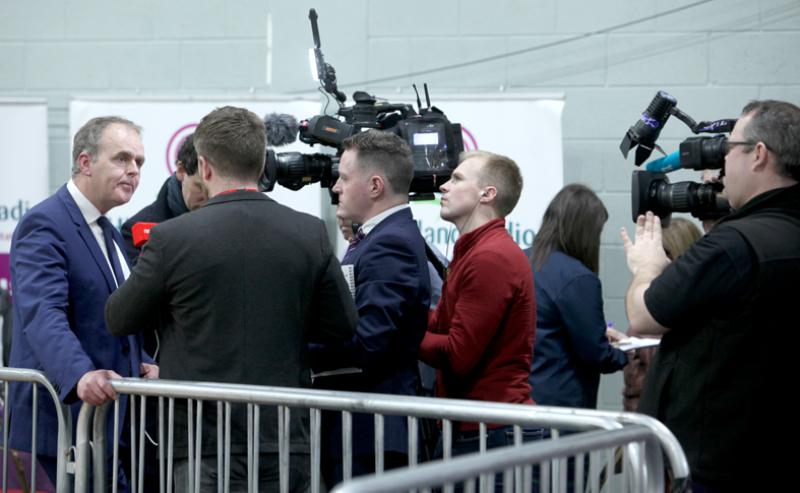 Former Education Minister Joe McHugh has received a massive boost from the transfer of 1,932 votes from his Fine Gael running mate Martin Harley.

However, it is too early to predict whether he will retain his seat, along with Thomas Pringle, which would leave Fianna Fáil's Pat The Cope Gallagher and Charlie McConalogue battling it out for the precious fifth seat.

Speaking to Donegal live at the Aura count centre, Joe McHugh said his vote in Inishowen was only down one percent on the 2016 General Election.

Mr McHugh added: “The Fianna Fáil vote is down 10.6 percent and if you consider all of the noise around putting forward solutions and manna from heaven stuff and magic money, 11 billion euro that doesn't exist, I think there was still an audience out there, there was still an electorate out there that wanted to see through what I started.

“I'm hoping, I'm hoping in the next few hours, I will be in a position to continue with that work, where ever or in whatever position I'm in.”

In terms of Fine Gael considering a post-election coalition with Sinn Féin, Mr McHugh gave an emphatic, 'No.'