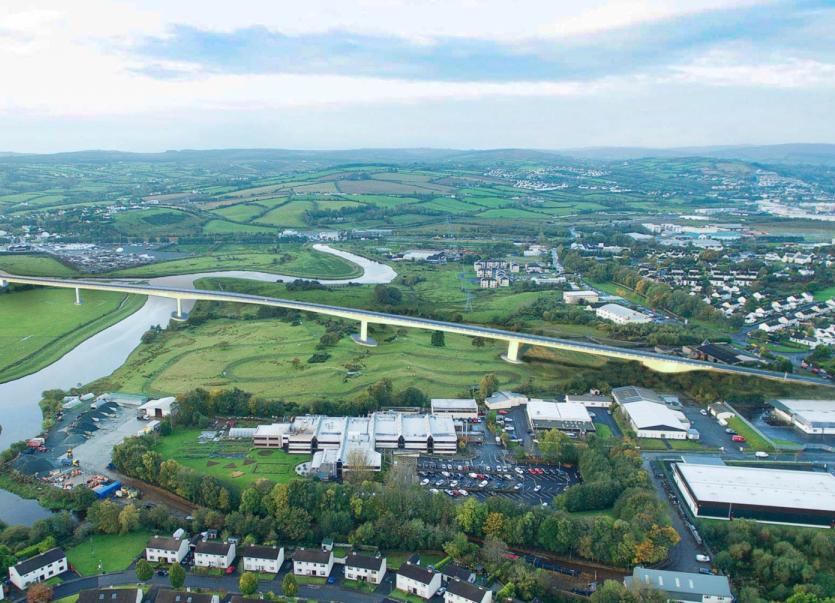 Every effort must be made to fast-track the construction of a new a bridge across the River Swilly from Ballyraine to Bonagee, according to Letterkenny-based councillor, Ciaran Brogan.

"At a meeting of Donegal County Council in Lifford on Wednesday, councillors were informed that their role in the Ten-T Project will be to vote on the variation of the development plan later this year," Cllr Brogan commented.

"The Ten-T project includes the provision of a bridge across the River Swilly which is, without question, the most needed piece of infrastructure that will be developed in our lifetime," he added.
"I believe that every effort needs to be made to prioritise the new bridge from Ballyraine to Bonagee. This is the shortest piece of infrastructure in the overall plan, but one which will have the largest impact on the flow of traffic in Letterkenny.
"The long delays being experienced by motorists in and around Letterkenny on a daily basis highlights the urgent need for the provision of a new bridge. The benefits of a new bridge will alleviate traffic in and around Letterkenny and will open a gateway to the North and West of our county," Cllr Brogan said.
"The addition of a second bridge over the River Swilly will result in quicker access to the employment centre on the Business Park Road which employs around 5,000 people. It will also vastly improve the journey times from so many other parts of the county, including the Fanad and Rosguill peninsulas and from West Donegal," he added.

"This is a project that will benefit Donegal and the entire North West region. Our tourism sector will also benefit greatly from the construction of a new bridge. Given that we don't have a rail network, I am calling on the government to pledge the necessary funds to develop the new bridge."