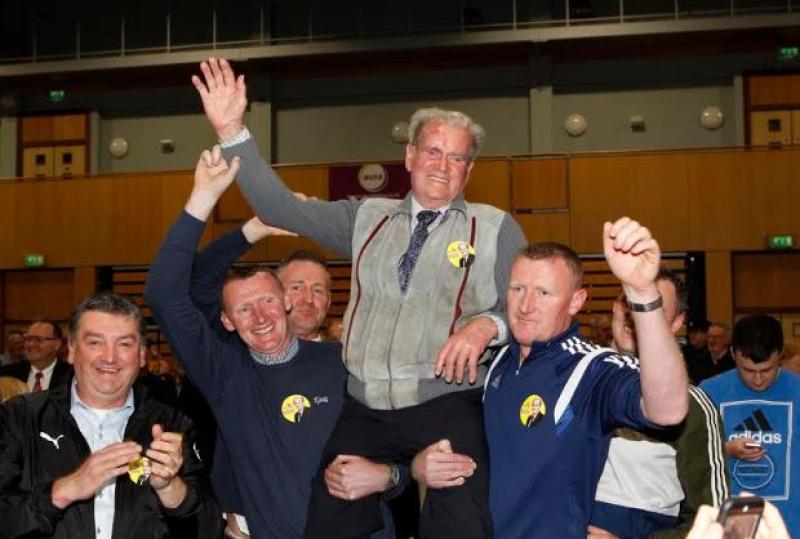 Ireland's oldest councillor has been re-elected.

Donegal's Ian McGarvey, who is 89, got the third and final seat in the Milford Electoral Area to be returned to Donegal Co. Council.

He just edged out Fine Gael's Eimer Friel who was contesting her first election.

It went right down to the wire with the two of them battling in out and only six votes separating them going into the final count.

However, McGarvey prevailed to take the seat by 110 votes without reaching the quota.

McGarvey's election means that Fine Gael has no seat in the backyard of Education Minister Joe McHugh.

McGarvey became Mayor of Donegal Co. Council at the age of 82, and has also been Mayor of Letterkenny.

He has contested numerous local and Dáil elections, and in 2016 he became Ireland’s oldest general election candidate.

When he was re-elected to the Donegal County Council in 2014, he did a celebratory dance at the count centre in the small hours of the morning, and the video went viral.

From Ramelton, he has long campaigned on behalf of the aged.

Highly active, he has strong sporting links, especially with soccer. He captained Swilly Rovers to success in the FAI Junior Cup Final.

Earlier this year, a plaque was erected in a German vineyard after he travelled to Rudolstadt, which is twinned with Letterkenny. It was his first time in Germany since 1960, when he emigrated from Donegal to work there.

Cllr. McGarvey will be 90 in July.

Controversial councillor John O'Donnell (Ind) - who was the subject of an RTE Investigate's sting - topped the poll in this three-seater while Cllr. Liam Blaney (FF) got the second seat.