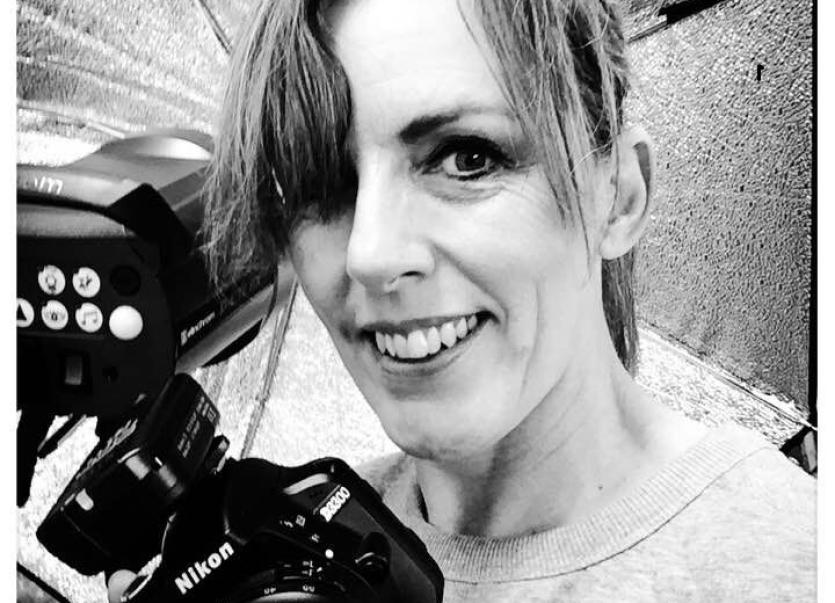 Last week up to 200 people affected by Lyme Disease held a rally outside the Dáil to highlight the condition.
Sufferers and their families believe there is its lack of recognition by health and political authorities of the disease.
Lymes is a bacterial disease transmitted ticks. Symptoms include joint pain, swollen glands and severe fatigue.
Clare McCahill from Ramelton contracted the disease in 2006 when she was living in Portugal's Algarve.
The disease turned her life upside down and she battled it for five years before she began to return to normal.
The impact of the disease left her so low that she researched the possibility of travelling to the Dignitas clinic in Switzerland to end her life.
Clare was not at the protest in Dublin last week due to the busy life she now lives since recovering from the disease.
She has returned to live in Donegal and has got her life back. But she fully supports the campaign led by Tick Talk Ireland, the support group which organised the protests.
Her experience of the disease in Portugal differs with the knowledge of it in Ireland, she says.
“It is quite common there and people knew what it was. There was no fuss, it was an ordinary thing.
“Here, there are a lot of gaps in the knowledge of it and it's mainly only people coming from abroad who have it. There’s a lack of awareness in the medical profession and lack of acceptance.
“A lot of people will go a long time before they are diagnosed. They are diagnosed with different things first and doctors can be sceptical.”
When Clare contracted the disease, initially it was like . But she had heard of the disease which is known locally as tick fever.
“In Portugal, I occasionally volunteered at a friend's beauty salon when she was teaching massage students. In April 2006 I had suffered a couple of mosquito bites but nothing else notable before a student gave me a deep-tissue, full-body massage.

Bite
“Unbeknownst to any of us, I had been bitten by a tick, or an infected mosquito, the jury's still out on that one, and the massage was one of the worst things that could've happened to me.
“The infection was pushed around my body and within a few days, I was seriously ill.”
She developed severe headaches and terrible aches and pains which left her confined to bed. After she got back on her feet, her joints began to swell up.
She found it difficult to walk and bend and developed a rash. That was the sign that indicated to her partner that it was Lyme Disease.
“My legs were swollen like tree trunks, I couldn't bend my knees or ankles. I had shuffled onto the road to hell and there were no exits. My partner saw an article about Lyme Disease in a local magazine and knew immediately that I had succumbed.
“He carried me to the car and took me straight to the ER at Portimao Hospital.”
The first six months left her with an incapacitating exhaustion. “The joint pains moved up my body into my arms. I could not lift a cup of tea, lift a brush to brush my hair or brush my teeth. I could not think properly, I was sleeping around the clock. I could not talk properly, I was babbling.
“It was five years before I was back on my feet again properly. It was a very slow process as I had to learn how to do things for myself again.”
Clare is a photographer, having first held a camera at the age of four and it was a long time before she could operate a camera again properly.
She had also been a classical guitarist but that is a hobby that has been lost to her.
Yet she is proud of her recovery, having gone from needing a stick to walk to holding down two jobs.
One in five people who suffer from Lyme Disease don’t survive, so although she had a severe case of it, she knows she is very lucky.
“I feel lucky now but at some point, I felt so bad that I thought about going to Switzerland and to Dignitas. I went as far as researching the process. Depression is a huge issue for people with Lyme Disease. Despite the emotional trauma of losing the best years of my life, home, family, friends, career and more, I am lucky. Not lucky to be alive, lucky to have had the medical care I needed, when I needed it.
“Fortunate is a better way of putting it. Luck had nothing to do with the awareness and acceptance that lead to my diagnosis and treatment.”