Donegal to be well represented at TradFest 2020

The Henry Girls, Kevin Glackin & Claire Kinsella announced as part of the exciting festival line up 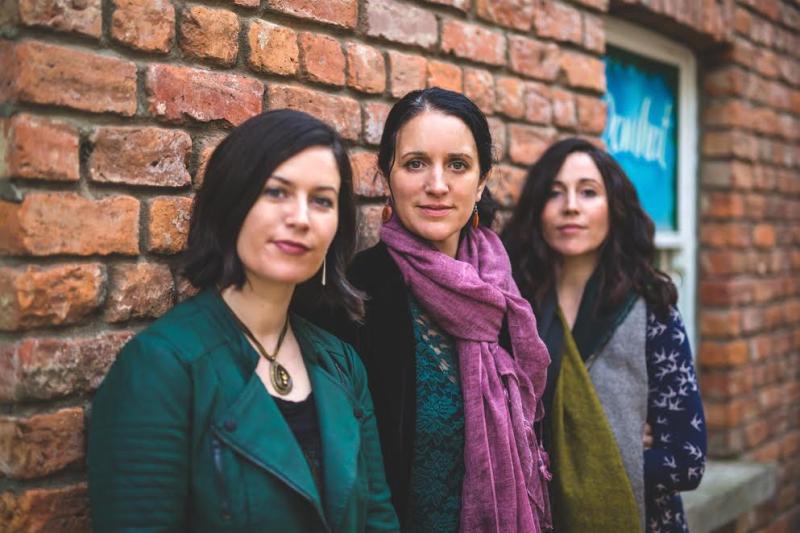 The Henry Girls will appear at next year's TradFest.

Ireland’s largest festival of traditional music is celebrating its 15th Birthday this January and you’re invited.

TradFest showcases the cream of both Irish and international trad and folk artists, as well as providing a stage to promote the next generation of Irish musicianship.

The festival is one of the truly unmissable events on the cultural calendar featuring world class artists, music and stunning venues, including some of Dublin’s most historic places, from the atmospheric Kilmainham Gaol to the grandeur of City Hall.

This is more than just trad, this is trad without frontiers.

Donegal will be well represented in TradFest 2020. Returning once again to the festival will be acclaimed The Henry Girls, from the beautiful village of Malin.

They will be performing in a number of locations - Thursday, January 23 from 6pm at The Norseman, Saturday, January 25 from 4pm at The Oliver St John Gogarty Library Bar and Sunday, January 26 from 3pm at The Porterhouse - as part of TradFest’s Smithwicks Sessions.

Tickets are free but must be booked in advance.

Having produced bands such as Clannad and Altan, Donegal has a reputation for having music beautiful enough to rival its awe-inspiring landscape, and The Henry Girls are part of the proof.

The sisters combine something of their Irish heritage with a much more contemporary sensibility and imbue it with compassion, insight, and warmth, both in their lyrics and their magnificent musicianship.

The reviews have been exquisite, for example, The Sunday Times described their latest album as ’astonishing’.

But that is not the only Donegal interest in the Festival programme in January.

Kevin Glackin, who will perform as part of an evening entitled Daoirí Farrell and friends present

Another Donegal native, Claire Kinsella, will take to the stage as part of TradFest when Lemoncello will perform on Wednesday, January 22 from 8pm at the Pepper Canister Church.

They will play alongside Poet and performer Stephen James Smith and Galway duo, Silken Same. Tickets are €19.99.

Borrowing from a wide range of influences, traditional and alternative, the duo create an immersive experience through a dynamic expression of lyrical story.

Their writing weaves their personal insights of human nature and behaviour with the imagery of the contrasting modern and natural world that surrounds them.

For more information or to book tickets see: TradFest.ie.