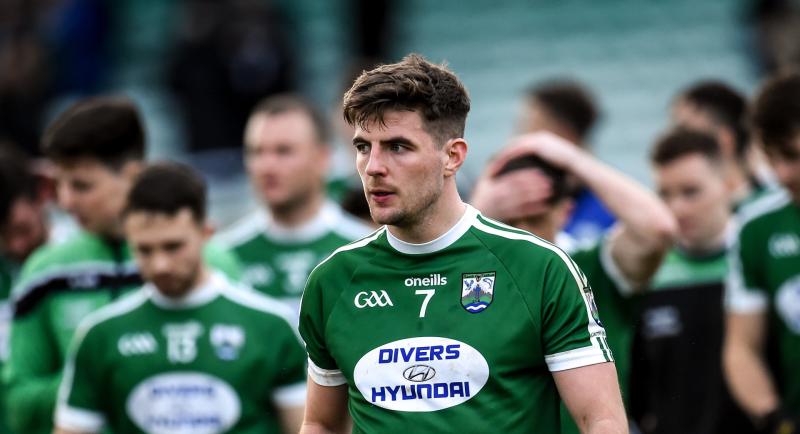 Dáire Ó Baoill is just delighted to be back playing football in front of the home crowd in Magheragallon and is happy with Sunday’s first round championship win over Milford.

“We could play what was put in front of us. In fairness to Milford they did push us in the first two quarters and we broke out then in the second half.

“We have a lot of pace in the team when you have Naoise and Cian Mulligan flying through. Those boys are hard to stop, especially in a pitch as big as this. It is something we work on and it worked for us today.”

Gaoth Dobhair played the entire second half down to 14  after Odhran McFadden-Ferry received his marching orders for a second yellow card offence late in the first half.

And they were down to 13 for a few minutes before half-time and again in the early minutes of the second period after Gary McFadden picked up a black card.

“We were a bit disappointed with our disciple and it is something we are going to have to work on,” Ó Baoill added. “We were down two men at the end of the third quarter and we knew it was going to be a battle and that third quarter was going to make or break the  game.

“But thankfully the boys dug us out of hole and when Gary McFadden came back on and young Fionnan Coyle came  off the bench. They both put in big shifts and pulled away again.

Gaoth Dobhair bowed out of last season at the semi-final stage, going down to Kilcar last September.

“It was a long winter there after the loss we had last year against Kilcar,” Ó Baoill said. “But we had a run of games in the league and it is  brilliant now getting back into the club and having the crowd down around us and getting back to play with your friends again. It is a brilliant feeling. We are looking towards St Michael’s in two weeks, that is our next big stepping stone.”