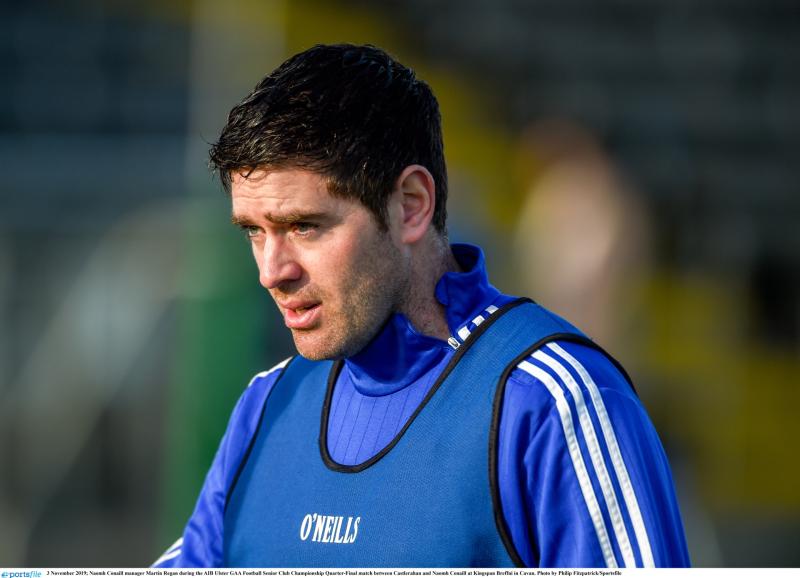 Naomh Conaill are on the lookout for a senior football team manager following Martin Regan’s decision to step down.

Regan was appointed manager of Naomh Conaill in December 2014 has guided his team to Donegal SFC crowns in 2015, 2019 and 2020, although the latter is about to undergo an appeal process.

After his first year in charge, 2015, Regan had indicated he was going to move on, although was joined for the following season on the sidelines by Martin Doherty.

The Glenties-based side were Ulster Club SFC finalists in 2019, narrowly losing out to Kilcoo from Down.

Naomh Conaill won a third All-County Football League Division 1 crown this year and under Regan were also two-time winners of the Comórtas Peile na Gaeltachta na hÉireann, in 2015 and 2016.