Watch: Work to do, but Declan Bonner pleased with Donegal victory 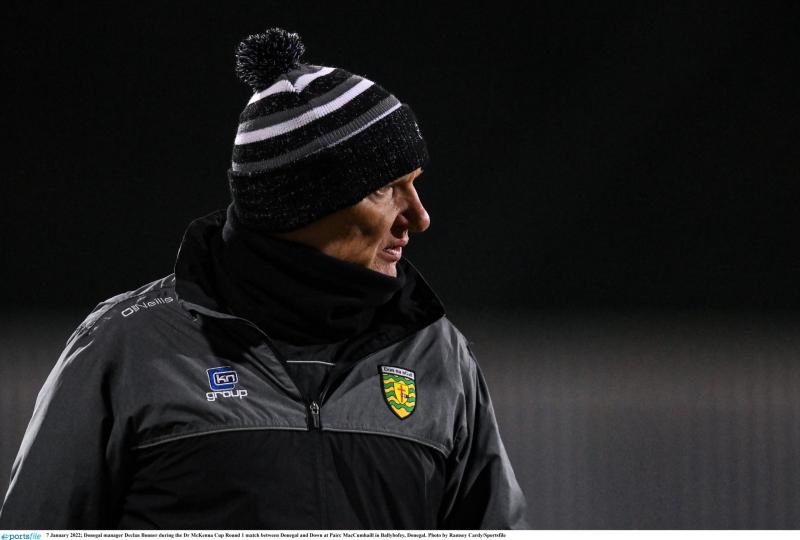 Declan Bonner was pleased with how his charges carved out a McKenna Cup victory over Down in Ballybofey last night.

An Odhran Murdock goal six minutes from the end had Down in front, but three late points, by Ciaran Thompson, Peadar Mogan and Patrick McBrearty gave Donegal a 1-13 to 2-8 win.

“We had a lot of young lads in the final quarter, but they showed good character to win a match that was very close,” Bonner told Donegal Live.

“They came out on the right side of it and that was very important.

“It was good to get game time into them and they got a two-point victory.

“They showed great composure, especially on that last play where we held the ball for two minutes until we got the score.”

Tony McClenaghan fired in a 50th minute goal that looked to have been enough for Donegal, but Down - who saw Andrew Gimore find the net in the first half - made them fight to the finish on a cold night by the Finn.

Bonner said: “We conceded a poor goal that kept Down in it. We let in a poor goal again and we need to watch that because you get punished against top teams at inter-county level.