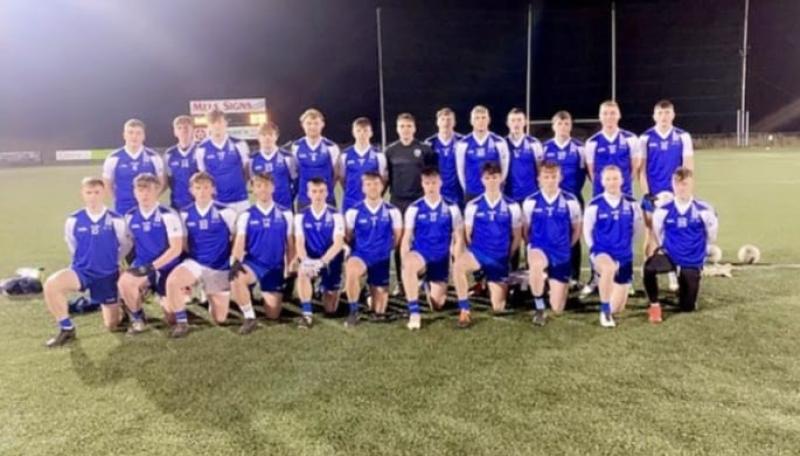 The LyIT freshers before the game at UUJ.

Carlos O’Reilly’s early goal had LyIT in front and the Port Road students looked like they might upset the odds.

The enforced early withdrawals of O’Reilly and Conor Og Deneghey served as blows for LyIT and they were hit with a last-gasp sucker punch.

Chris McNulty has a deeper look at Donegal's casual relationship with the Dr McKenna Cup. From once offering a chance of silverware - 'something out of the ordinary' - to the notion the competition is 'all smoke and mirrors'

Barrett described himself as ‘absolutely sick’, remarking that the performance was ‘one of the best I have ever been involved in’.

LyIT are slated to meet St Mary’s next Thursday at O’Donnell Park.